Beyond the band #3: Pete Williams


Nicely connected after a lifetime of rock and roll ups, downs and setbacks, Pete Williams is punching out fabulous songs. 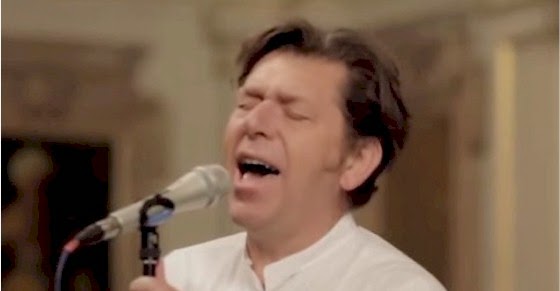 It didn't start with his bass work with Dexy's Midnight Runners in the 80s, or even through the revived Dexy's in the Noughties and again in 2012. But often that's all that you read about him. Pete played in both bands, and people always want to talk about the juicy stuff.

There's a lot more. Williams has just come out with his second, very successfully crowd-funded, album, Roughnecks and Roustabouts, and he's doing shows, on the road in his own name. The past may be lurid and colourful, although much of it is not of his own making. But it's what's come out of that past now that matters.


Sitting, slightly rumpled, in a Bearwood coffee house, Pete is a fountain of anecdotes and fruity, sometimes unpublishable, opinions on the industries he's worked in for most of his life. It's fair to say that he's given more than he's got back. We agree on the vital need to support and develop new talent, and to do everything you can to let that talent soar.

There's a lot riding on this album. He's put more than just heart and soul into it. He's got a lot of local history, and even some old sound effects from years gone by – the sound of drop forges, for instance. And one or two stellar pals are guesting. It's one of those albums that screams of experiences, good and bad, and it's put across with craft and skill, drawing on a raft of excellent musicians. I've been driving around with this album for the past two weeks on my car stereo. I like it.


Pete Williams: Both my albums were done in Sheffield. My drummer Dean (Beresford), who's from Erdington, and served his time in King Pleasure And The Biscuit Boys, suggested the studio. It's a thousand square foot, an oak live room. Dean's also in the Richard Hawley band, and that's where he knew the studio from. We recorded without any effects. Set up in the middle of the room, and recorded the rhythm section live.


It's got that warm live feel


It was the four of us, live, going for the take. I'm so lucky to have these guys. You know how many jokes there are about drummers? I love drummers! I'm a bass player. It's so undeserved.

There's not that many albums with a mini-play recorded as one of the tracks.


Ah. Valda. I've had that bass melody for years. But I woke up with a memory about when my dog ran away, when I was a kid. I grew up in the Black Country. And I wanted to tell the story. So I called up Josie Lawrence, who was in the year above me at school, to talk in the vernacular. She's from Cradley, I'm from Oldbury. We recorded on a portable, and put it in the track. She did it brilliantly. Me, eight years old, and my mates and a dog that was dead, in a filled-in quarry, the Blue Rock Quarry.

Can you do this live?


Yes. We do it live. We may get Josie along to our Birmingham show.


You've put a lifetime into this album. I think it's very realised, very grown-up, very musicianly. But how does this sit in today's commoditised industry, where you have to look just so, and catch this vibe or that vibe? This is a world away from all that.


What can you do? Music is consumed these days, not listened to in the old sense. It's so different. This album doesn't fit that pattern. In fact I am so pleased it's coming out on vinyl, because that's a whole other way of listening. It's got an A side and B side. So it's got that thread. I know people can go to iTunes and grab this one or that one, as it takes their fancy... but I'd be happier if people would sit down and listen to it, top to bottom.

For me music is the one constant. I've got bored with tomcatting and drugs. As a young man, I lost people through that. The other day, I was driving, and I heard the first chords of 'Angie' (The Rolling Stones), and it took me straight back. Thank god that still turns me on.

You can see what's happened to music. I teach some kids music, and I was playing Ukelele. They said 'You wanna get on X-Factor, sir!...' You can see what they've been sold.

Can we touch on Dexy's?


In 2003 I was working where I could to supplement my writing and performing, doing bits and pieces in a couple of FE (Further Education) Colleges' music departments - and secure units. And Kevin (Rowland) called - would I join up again? I hadn't spoken much to Kevin since the first band splintered at the end of '80 in Zurich. I felt we'd been well and truly stitched up. But I went.


Yes. People's concepts of the band are so far from what went on. That first band was a band. But I don't regret anything. There was a band called The Bureau that came out of that. Live, we were great. And we were successful all over the world. Except here.

I came back to England after a tour, and I'm walking down New Street. A chap stopped me – 'Hey Mate, you're out the Bureau, ain't you?' He was from Auckland, and he's recognised me from the video. When I ran into Mickey Virtue from UB40 in '81, the year that they did their first Aussie tour he told me "jeez there's no getting away from "Only for Sheep" down under.

It wasn't until Dexys toured Oz in 2013 that I realised what a cult band The Bureau were down under. Huge.

Did you get what you should have got out of the Bureau?


No. But that's what happens.

Then in 2012, I'm finishing my record in Sheffield, and Kevin calls again. The idea was that we were going to record another album. I played bass, and we toured it too; I was upfront doing some singing as part of a two-man front line. It was well received. And that was that.

Pete Williams live in 2012- 'Questions' from his first album

Music, writing, teaching and encouraging. I think that's what powers you.


I'm not a teacher, really, and I'm still struggling! I believe in the power of music to change lives. I can't stand people who are cynical about it, and who just go through the motions. Or who dismiss people's potential. One of the things I say to kids is 'Look at Sam Smith. Look at Adele. They're not from Mars; they're people. You can do it too.'