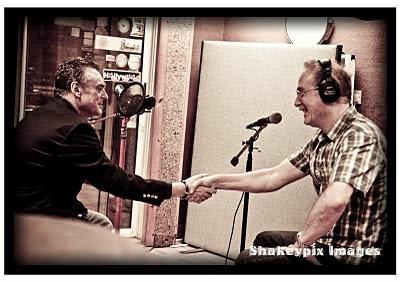 I had a GREAT day yesterday. Much of it was spent gassing with UB40 horn maestro Brian Travers  in a studio that simply oozes Birmingham rock history.

That’s him on the left, looking disgustingly healthy; I’m the, er, distinguished elderly gent on the right. The shot's from the camera of the excellent Richard Shakespeare.

And the studio? Well, it’s the studio that ‘Signing Off’ built. 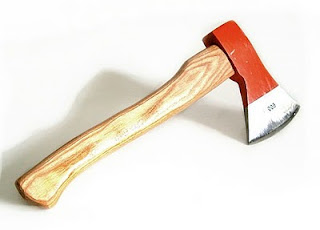 I’ve been mulling this post over for a couple of days. This is partly because I am so damn angry. I’ve been trying hard not to unleash a stream of bile. I certainly don’t have all the facts, and I really don’t want to heap invective onto the wrong heads, or add more bitterness to the mix. And yet, and yet, and yet…. I still can't think about this without getting angry.

Here’s the focus for my ire: it was reported last week that the beeb are seriously considering ripping all but maybe six hours a day of local output out from BBC local radio, replacing this output by opting in to 5 Live. Here’s the Guardian’s report from Thursday 10th.
That we’ve got to this point is, sadly, inevitable. The BBC is on the back foot, and has taken a vicious funding hit. Savings have to come from somewhere. They tried with 6 music, and that didn’t fly. So now they appear to be picking off local radio. Me? I’m angry because this kind of savage cut is both ill-thought-out, and targets some of the least well-paid staff at the corporation. And it is - still - completely avoidable. Local radio, both BBC and commercial, is simply not taken seriously by its metropolitan bosses. It never has been. It was only a matter of time before commercial radio happily abandoned any pretence of localness in favour of nationally marketed ‘brands’. In so doing, they insulted the broadcasters they had just fired by loudly claiming that there was just not enough talent out there anyway. That sort of attitude is patronising, arrogant and very stupid, but not unexpected. But that BBC management should seriously consider throwing hundreds of talented and dedicated coal-face workers onto the scrap heap makes my blood boil. It means national networks are valued and local radio is not. Of course, this may be a scare tactic to usher in less savage cuts, but it speaks volumes about how the corporation views its regional talent. Do I know of what I speak? Well… yes, I do. I landed at Pebble Mill in the 90s to produce for Radio 2 Overnights. R2 was about to take its great leap forward, ousting R1 as top UK station. I inherited my main presenters, but was allowed to use local radio presenters for holiday cover. For them it was a big deal: a shot at the big time. They gave it their all, of course, and the two that I eventually came to rely on were excellent, delivering terrific listener feedback and often outshining the regular presenters. But did this mean my fine local radio professionals were taken seriously for possible promotion to the network? Even cursorily looked at? I’ll let you take a wild guess. That was fifteen years ago, but I doubt that attitudes have changed. I know there have been countless consultations and strategy initiatives. I know that part of the agenda has been to put news first at BBC local radio. Music programming took a back seat, with a centralised and super-safe library fed to all stations, and local music shunted to off peak hours on the admirable weekly BBC Introducing slots. That’s a crying shame. The news agenda is fine – give me good reporting any day - but news radio is expensive. Good reporters don’t come for free. Effective speech radio takes time and money. It also means that all too often the news agenda of the day follows events dictated from outside the region. If you then fail to deliver effective local coverage, you wind up sounding parochial, and unfavourable comparisons with national networks naturally follow. Radio 5 Live is great, but I don’t need it on yet another frequency. I would, however, really like to hear the next Victoria Derbyshire honing her craft locally. Much worse, and by now I think it’s far, far too late to rectify this, BBC local stations have been allowed to distance themselves from local culture. The staff with the skills and contacts to deal with this have gone. There’s a bloody big freighter full of cultural goodies that’s sailed right on past local radio, and the stations have fatally and completely ignored it, because it wasn't in the strategic plan. In the first ten years of this century, there has been an explosion of creativity across the country. Creativity in the visual arts, theatre, dance, video and, especially, music is bursting with energy and collaborative enthusiasm. It is a source of huge pride to many in my  city, and the same principle applies elsewhere. A lot of this is down to the web, which lets ideas fly around to create inspiring events like flash-mob choral performances, musical collaborations, mashups and more.


And where is radio in all this? Pretty much nowhere, criminally being allowed to miss out. Unparalleled riches are just going to waste.


Has this even been noticed in the higher echelons of the beeb? Has its potential value to local radio been evaluated? I’ll let you take another wild guess.

I don’t know where we go from here. I do know that thrilling and brilliant music is happening both here in the West Midlands and all over the country, and it’s clear to me that this wonderful new resource – squarely at the very heart of our local and national culture - is being almost completely ignored. It may not be too late to change tack. But if the BBC throw hundreds of staffers out, with all their skills and local knowledge, then thousands upon thousands of years of work and experience will be lost to the BBC, forever. Talent will flow elsewhere, and will bypass the corporation, forever. There will be less and less challenges to existing thinking, more ossification of managerial attitudes, and we will lose, pretty much permanently, a cheap, value for money resource that probably will be impossible to reconstitute. Ask yourself: where does talent come from? How does it learn its craft? And – is it really to be found exclusively in London, with the odd side trip to Manchester? I think not. .
Posted by Radio To Go at 10:22 1 comment: