2013 Festival Season #2. Simmer Down in Handsworth


A chat with Simmer Down co-ordinator / stage manager and all round go-to person Clare Edwards.

On Sunday 14th July, two weeks from today, the fourth Simmer Down party takes place in , . It’s a free festival, and it runs from morning to mid-evening. The event is preented by the Drum Arts Centre, directed by Mukhtar Dar and is co-ordinated and stage-managed by the able and unflappable Clare Edwards.

Every town needs a Clare Edwards. She swims in shark-infested musicbiz waters, negotiates her way through stifling and complacent bureaucracy, charms officialdom, all this spanning a ridiculously wide musical range of activities, while retaining the respect and affection of her peers. Oh, and did I mention the choirs she sings in and/or manages? Or the major  Classical music activities? Maybe another time...

Dealing with losing that radio gig

As another local broadcast veteran exits, now is a good time to ask: what do I do next?

It’s funny how newspapers never bother with radio unless there’s bad news to report. This week, they’ve been full of stories about the departure from BBC WM of Carl Chinn, after 19 years at the station.

June has been a bad month, with the closure of Kerrang on local FM – so, lots of lovely radio distress copy for the papers to feed on.

In the meantime, for the radio people affected, there’s the awful matter of learning how to let go of something that you absolutely love.

Tom Martin: letting music breathe at the Tower of Song

A tiny venue in a south Birmingham suburb that does right by its musicians.

Last week’s post on crowd etiquette and the need to keep schtum and give some space for performers kicked up a nice ruckus - you can follow some of what happened in the comments section for that post; Facebook and Twitter also saw action.

Understandably, most people agreed with me. But some said musicians need to be able to command the stage, and if they do, the audience will play along and make nice. And that’s not a bad point either. However, that only works if you’re that kind of battle-hardened musician. The big question then is: how do you get to that stage in you career? And do you even want to? Some people are all about the song and the music. And everyone has to start somewhere.

One of the musicians I cited last week holds passionately that musicians need the chance to develop their craft on a live stage, and that the audience absolutely must play its part too.

You there, in the audience. Yes, you. Shut the f@ck up!


I’m at a venue in Birmingham City centre – a pretty unappealing place, all told - standing in the audience with a member of the headlining band; we’re two thirds of the way to the front, by the desk to get the best mix. We're also thoroughly enjoying the support act - it’s a hell of a good band. That’s what support gigs are about: getting yourself in front of a different crowd, and try to reach them. Seems to be working.

But there’s a problem. It's a couple, ten feet away, who are positively braying. They’re well into each other, and oblivious to the band. The bloke clearly thinks he’s on to a good thing; the girl is REALLY LOUD. What’s onstage zips right over their heads. Their loss; they missed a lovely set.

My friend's a bit embarrassed. The support act are pals, invited up to play in Brum by her band, the headliners. And the crowd are not exactly treating them with respect. So she feels uncomfortable, and so do I. My attention shifts away from the braying couple, to the rest of the room. There’s a LOT of chat. This is really pissing me off now.

It’s not often that someone in his mid-forties, not known for his music, delivers a debut album. It’s unusual when the album turns out to be really rather good.

More unusual still: this is 2013, and it's a Classic Rock album, and the man who made it is known for spouting about football on national radio, after a career start in Birmingham. But he started out as, and still is, a local muso: Ian Danter.

Ian is affable and good-natured about all this, despite some carping. Carping? Oh yes. Rock,  like some other music genres, can be stupidly tribal. Me? I’m impressed. He’s done a good job. 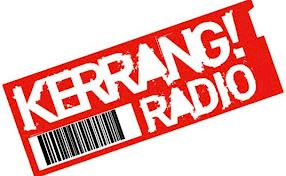 Jasper Carrott: a long time ago, in a folk galaxy far far away…

Before Jasper Carrott became an 80s TV fixture, he was an agent, booking folk acts countrywide, working the clubs. Then, a throwaway comedy song you couldn't play on the radio changed it all.

It may seem strange – especially if you saw the Made in Brum tour - to think about Jasper Carrott as part of the folk scene. But he most definitely was. At the show, I asked Jasper if he would be interested in talking about how he got started, and how it was in the folk scene of the 70s.

Jasper was interested, and he graciously reeled off a positive goldmine of stories. We know the old folk club days are long gone. But there is ample compensation to be found with the new breed of 21st century folk musicians, experimenting, collaborating, and taking huge risks to produce inspiring and thrilling new music. But it wouldn't - couldn't - have happened without the people who ran those old clubs getting things rolling in the first place. Jasper's part of that.