You want to do radio? Well, what's stopping you? Here's how to do it for free

OK, here's a challenge. How cheaply can you get started doing your own radio shows? How low-cost can you go? I ask because I'm always looking for workable, simple approaches that let people who want to learn the trade get some serious practise. At this stage I'm not concerned with perfect sound; I am concerned with learning the ropes. The more you do, the better it gets.

Why? Well, for radio to grow and survive, we need great broadcasters, and we need them fast. And that's just for starters. 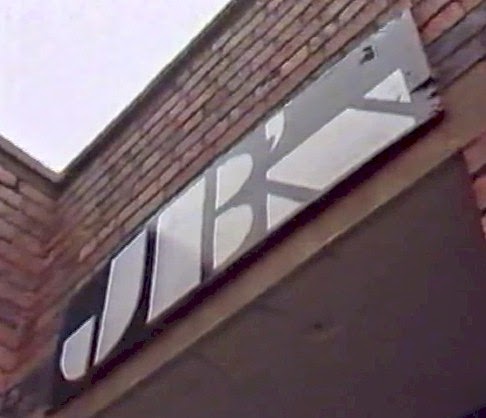 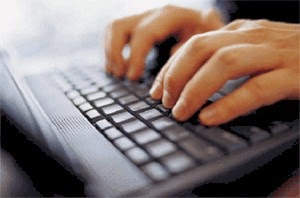 This past year, as in previous years, I wrote, wrote and wrote, aiming for a post each week, sometimes more. It's a good exercise.

Three years ago, I opted for music and music business as core topics, specifically from the West Midlands. There are a lot of dedicated people who work to better our local music scene. Their work and the challenges they face are fascinating. They deserve our support.

I do stray away to write about radio and broadcasting, of course. But thinking in that area, unlike in music, still evolves at a glacial pace. I think and hope that will change: soon and fast. New platforms are due to emerge out of left field. Unless the existing platforms can adapt, they will wither and die. This is nothing new.

While there are a lot of solid numbers for music posts, and these are trending up steadily, it's really interesting to see just which musicians get the big numbers. These four made the grand most-viewed top ten, which you'll find further down the post

1  Old Punks don't die: Neon Hearts go big in Japan
Big numbers for an obscure 35-year old Wolverhampton punk band, rapturously received in Japan. Lots of numbers scored in the land of the Rising Sun.
2  Terry and Gerry
They came back, to a lot of love. Post-punk nostalgia, and an exclusive live recording. 80s loyalty rules.
3  The Other Campbell Brother
While Robin and Duncan keep on with UB40 and Ali snarls at them with his rival band, brother David Campbell continues their father's grand tradition of old-school left-leaning folk.
4  Miles Hunt and Erica Nockalls - The Stuff Of Wonder
What a team. Whoda thunk it?

After these four, the next six most-read music posts were:
5  Goodnight Lenin on Record Store Day
6  Electric Swing Circus go pro
7  Beat Goes Bang - all about the three Beats we got now
8  Simon Halsey - the CBSO Chorus Master, ahead of Crowd Out
9  Erica Nockalls - her new album and how she does business
10 Boat To Row - telling figures for a much-loved band

The basic conclusion? score one for the guys who build their audience relationships; score another for happy memories.


The most-read media and business posts in 2014

So, having split the musicians out, it made sense to do the same for the rest of the topics. Interestingly, although I didn't write that many posts on broadcasting and the media, some did really well. These made the top ten

1. The Desolation of Smug
The biggest numbers of the year by a country mile, commenting on the BBC's hideous local underspend of license fee revenue collected from the Midlands. There is some movement, but the imbalance is still massive. If you haven't read it yet, do so now. Please. Then tell your MP.

3. The Wireless Festival in Brum
A chat with the man who ran the biggest music fest Birmingham has ever seen.
4. Thursday 21 November 1974

The night they bombed Birmingham city centre. I was live at the old BRMB when it happened.

5. Mellotrons
The men who still make Mellotrons. Midlands rock history.
6. Don't It Always Seem to Go: The Old Crown A lament for yet another historic music venue which used to grace the city centre.

And the next four most read were
7  The Local YouTube Top 50 chart, February. I do this every six months.
8  Peaky Blinders - made in Brum? Er, no.
9  Promoting and how not to make money. With Bohemian Jukebox's Ben Calvert
10  How much is your music worth? Ever tried asking? Bluebeat Arkestra and their online honesty box.

I can't draw any great conclusions here - but my thanks are due to the many people who sat down with me and chewed the fat so interestingly.

Finally, here is the top ten for the year, irrespective of categories.

1. The Desolation of Smug

4. The Wireless Festival in Brum

8. The Other Campbell Brother

9. Miles and Erica - The Stuff Of Wonder