CBSO and ADO. A tale of two Orchestras

They both absolutely rock. We should be proud of both bands. 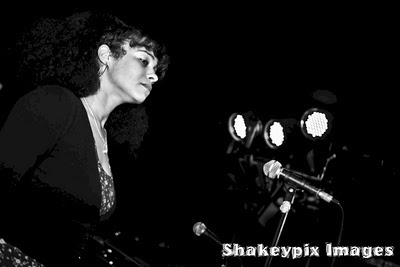 We have great orchestras in Birmingham.  Why, I saw two this week. Now, I just may have been the only person who attended both of these gigs, but I wouldn’t have been surprised to see other kindred spirits: the music making was equally passionate and fulfilling, and the audiences welcoming and knowledgeable.

Wednesday night was the CBSO, rollicking through Mahler 9 and a brilliant contemporary piece, Kai, from Mark Anthony Turnage. Top notch delivery from all concerned, brilliant Symphony Hall acoustics, and a few members of the audience I would have tipped off the top balcony had I been able to reach them when they coughed or sneezed during the final movement.

Thursday night was the ebullient and witty Mama Matrix - I’d never seen them before, and I loved them to bits - and the third public gig from the Alternative Dubstep Orchestra, at a seething Hare and Hounds in King’s Heath.

Seething is actually the right word. I’ve never seen an entire audience go bonkers in quite such a complex and bendy-twisty way. If was if the crowd turned into a collective skanking jelly. I have a sneaking suspicion that some of this is due to the extraordinary heroics of guitarist Tom Hyland, who plays and dances with huge expressive freedom. But you simply can not single out anyone from this collective. The mix and approach are so infectious, and the shifts and splits in direction are fresh and mesmerising. I am deeply impressed. I love catching a band as it locks into something new and individual and unique. This was one of those moments. And they’ve hardly got started.

So who are these guys? Well, the full details are on their facebook page, but simply put, they are a live mash-up of genres, with stupefyingly good live djs (last night, Malicious DJ and The Doctor, with an appearance from Maxwell 45) and brio musicianship and skills from a multiplicity of music disciplines. Some musicians – they all play with other outfits - rotate in and out, and they plan for flexibility and surprises, underpinned with a solid sense of structure and purpose. There is a very early video available for you to watch, but it cannot capture what they do live. And a mixed multicultural band draws a multicultural crowd, who as I’ve already said, mashed themselves up into a pulsing, oozing, frenzy. In some ways, the gig  reminded me of the Rock Against Racism gigs of 30 years ago – but here, the driving force was the sheer pleasure of experimental music making, powered by the purest idealism and goodwill.

This is very new and very vital, and I urge you to check them out. They play monthly gigs (so far), at the Honeycomb Club nights at the Hare and Hounds in King’s Heath, with intensive rehearsals in between time. The set is brief – four or five numbers - but those numbers are extended work outs which stretch the band and the audience.

Huge props to all concerned, not least the unstoppable Shelley Atkinson and Karl 'Malicious DJ' Jones, who dreamed up the concept, and then charmed, cajoled and bullied the project to its feet and into vibrant life. Respect and admiration doesn’t begin to cover it. And many thanks to Richard Shakespeare for the use of his picture
Posted by Radio To Go at 10:31 No comments: