Two questions: Lockdown creativity, and when do bands turn into their own tribute acts? 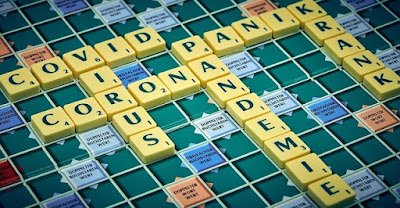 For most of the lifetime of this blog, I've managed to post pretty regularly. Sometimes weekly, maybe more like a monthly average over the years. But I've had to be quiet of late. Like the local music scene, I've been squashed flat. Let me explain...

This blog is, mainly, about local music and musicians, with occasional diversions into radio. And it's been very difficult to write about the local music scene when it's been trashed by lockdown. I don't see a recovery coming our way for at least another six months. But, oh boy, will it ever be bloody marvellous when it comes back, in all its glory.

There are personal as well as practical reasons for my inactivity. At the start of lockdown, I plunged head-first into a massively complex and demanding database project for the excellent Radio Classic in Tampere, Finland. Sadly, I didn't go over there – all flights were cancelled during lockdown. That took me through to mid-summer, as I watched our local scene suffer. Along the way, I had to scrap three fine Podcast interviews I had collected with promoters and venue managers, who suddenly had no venues or gigs to work on.

By the time I surfaced from the Finland work, you could forget about gigs. Podcast interviews were out, too, especially for me - I'm one of those rather vulnerable at-risk types. Then, things got scary. I had some serious health issues - not Covid, by the way - as summer shaded into autumn. Thankfully, most of them are in hand now, and I'm feeling more like a human being again.

Mojo partially back at last, I am tiptoeing back to music. I've followed a ton of live streams, some of which have been absolutely inspirational. I've also enjoyed those multi-muso collaborations – check out the 'Tonight Matthew...' series. Here's one. Or how about this sensational compilation of former and current students from the Juilliard School in New York?

Fresh air and a working brain... at last!

But it's only been very recently that I've felt clear-headed enough to take some recent albums and work my way through them. One of them isn't exactly that recent either. I was in Banbury in early March, just before lockdown, to catch up with Dave Pegg of Fairport Convention – the podcast is here. Dave kindly gave me a copy of the band's latest album, Shuffle and Go – it's their 29th album. Not bad going for a band that's been going since 1967. I finally listened this morning. Gloriously, Fairport are still fresh, experimenting, trying new things, and generally enjoying themselves. They have a loyal fanbase; fans gather each year at Cropredy, the band’s festival (obviously not this year), where, of course, the band will reprise old material.

Who are you making music for?

And that is an interesting conflict. Diehard Fairport fans will clamour for the old material, songs like 'Meet On The Ledge', and some of the vintage Jigs and Reels. But I’m not sure how much the current Fairport still enjoy doing material that their predecessors have been doing for forty or fifty years, even if some members (Peggy, Simon Nicol) have been there for pretty much the whole time. It helps to pay the bills; people love the hits. But do the band still love the very old material, especially given that along with the regulars, there's also lots of new blood?

Turning into your own tribute act

Look at it this way: when do longstanding acts turn into their own tribute bands? In Fairport's case, probably never on record, but you might well see them pay tribute to their illustrious past at Cropredy. I would suggest that The Stones and what's left of Status Quo, Queen and AC/DC are already there. The example set by Robert Plant over the years, most recently with his admirable Saving Grace project, tells me that Led Zeppelin will never go there, no matter how much money is waved at them.

Or consider the brilliant Bruce Hornsby. Does he have to play ‘The Way It Is’ at each gig? Well, his audience may well want him to, but he’s going way beyond all that. He's never stopped experimenting, and gloriously, he is not alone.

Another side of the coin, however, is the revival of 80s and 90s acts, who are being rediscovered by their original and newer audiences. Locally, Pop Will Eat Itself, Bentley Rhythm Ace, Ocean Colour Scene, and The Wonder Stuff, among others, benefited from this trend before lockdown, and will surely return when all this is over. I'm willing to bet that, unlike the Stones and their ilk, none of these bands did more than make a fair living in their heyday; many of them probably not even that. And now that Spotify has ripped the possibility of long-term earnings away, this route is a decent way to go.

I also think that this issue shows up the brutal contrast between local scenes, as perky and vibrant as they may be, and the big business end of music. All Spotify and the other streamers want now is to build numbers any way they can. That very much favours the long-standing veterans, as well as the flashiest of newcomers. The long-standing veterans generate the numbers from their back catalogue; the newbies from their notoriety. I'm willing to bet that despite her party people negative publicity, Rita Ora's streaming numbers are up. But right now, the local scene can, as usual, hardly get a shout out, and that, too, filters back into streaming figures.

When this is over, I'll find you and hug you

What a mess. I can't wait for all this to be over. I dream of sitting in a boozer, pint in front of me, surrounded by friends, taking in something fine, sparky and inventive. How about you?

A Life in Music: Jim Simpson. 1066, Black Sabbath, veteran bluesmen and all that 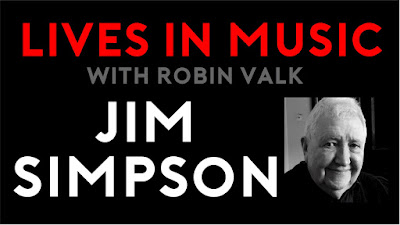