A Fairport alumnus in trouble; time to rally round...


The peerless Tony Kelsey messaged me the other day. Tony's been in more bands that you can shake a stick at in his forty or so years on stage. He messaged to tell me of a sweet local initiative to benefit fellow guitar player Jerry Donahue. 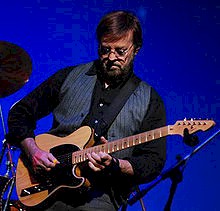 You may know the story; you may not. The bad news came in 2016. Jerry suffered a catastrophic stroke. He will almost certainly never play again. Strokes can do that: bang! and there's a whole new and horrible raw deal.

Jerry is from the States, based on the West Coast. He worked over here with great distinction in the 80s and 90s. He hasn't had much of a UK profile for, ooh, maybe twenty years. So, unsurprisingly and sadly, his news didn't make too much of a ripple: I missed it last year. And I was thunder struck when Tony got in touch with the news.

At last, a solid and sensible move at Local Radio level!

Last Wednesday, I was with some terrifyingly excellent Institute of Professional Sound peeps. They handle all forms of audio: film, TV, recording, live, and radio. A pet peeve was sloppy audio standards at TV (David Attenborough's Blue Planet 2 voice track got a mention...).

Falling standards was a big topic. The web came in for a pasting. Realistically, clickbait-driven web practice is bad news for old-school craft skills, in radio as elsewhere. Ten years of web audio shout-outs have drowned out a century of good practice, and twenty years of broadcast networking has shrunk learning opportunities.

So it was an absolute joy to learn, that same night, that the Director General of the BBC, Tony Hall, has announced he is putting a stop to the ghastly decades-long policy of cuts at BBC Local Radio. It is hugely promising on many levels.
Read more »
Posted by Radio To Go at 08:33 1 comment:

There's a solid but unexpected Birmingham connection. Who would have thought that Brummie Louis Clark, who handled most of the early arrangements for the Electric Light Orchestra, would have inadvertently inspired a girl who went on to be one of the most influential women in Birmingham music? This happened though his successful (but excruciating) Hooked On Classics series. Go figure.
Read more »
Posted by Radio To Go at 08:51 1 comment: