Catching the buzz: Rhino and The Ranters


That critical moment when it all starts to work... 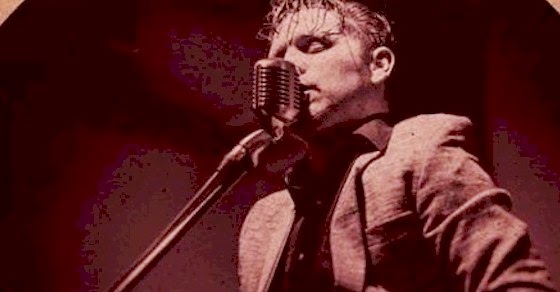 Assuming there's merit and talent in a band, and that the band then backs it up with graft and a bit of a marketing push, there's usually a point when word gets out. Suddenly, big numbers show up for gigs. Suddenly, the name gets bandied around. Suddenly, there are faces turning up to check out the new boys on the block. Suddenly, people you tend to listen to are mentioning them.

Last week, at Dylan Gibbons' Blues Night at the Spotted Dog, you could see the signs. There were faces aplenty, come to take a look at Rhino and The Ranters. And it was a cracking gig.

Pete Hammond plays drums and rather exceptional washboard. He got in touch last month, raving about his new band. We go back some distance, me and Pete, to the time when he drummed with the Au Pairs as they made their spiky way though the days of politicised Punk. 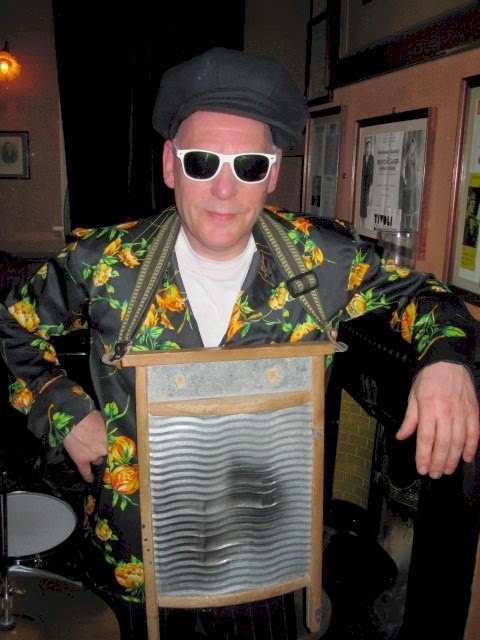 Pete's in a new band, again, and that's no surprise. The man is relentlessly enthusiastic about live work. But it gets interesting when you look at who he's working with. Another key member on stand up bass, Richard March, was in super-inventive 80s popsters Pop Will Eat Itself and Bentley Rythm Ace; also on board is the highly respected picker Loz Kingsley, who I worked with even further back than when the Au Pairs were in their pomp. Along with Gavin Wray, they're all working with a hot new frontman, new to Brum since 2012: Ryan Webb.

Rhino and the Ranters are suddenly pulling juicy attendances after two years of rehearsals and hustle. The music? Hey, Cowpunk, of course.

We'll come back to that: it's not easy to define them, but that's good. Dirty, acoustic, bluesy, sweaty and flat out fun might be a good starting point. They're booked throughout the year already, with several return gigs.  Nice work.

Rhino And The Ranters live at the Spotted Dog, Thursday 19 March 2015


So it's a cross-generational thing: battle-hardened warriors working with new boys.

Here's the challenge. You've got a vision. You've got music chops. You can play, you can sing. You've got the songs. Now, you need to get from that point to filling rooms full up with frantic happy jumping people, and then, to bring those people back, again and again. That's just the start point.


Ryan  I put it down to witchcraft! But it's the players we've got. The sound's got better, and we've been playing a lot of gigs. We've been trying to get a local following first. And I think word's spreading.

A lot of bands take the opposite view of not wanting to overexpose themselves.


Ryan  I see that. But if you want to make an initial impact, then you need to saturate for a while, and then move back.

I think there's a further factor, which we did touch on. The band members have experience; they've been here before, albeit not with this music. But, and I can relate to this, they speak of a distinct and very specific joy to be found in getting back on some of the stages they trod before, but this time bringing that extra experience to add to their enthusiasm.

So, for these musicians, the sheer pleasure of playing means more, much more, than worrying about image and brand. This is something that Ricky Cool pointed out in a previous post.


Loz   Gigs are a funny thing. When we started, we were doing a lot of emailing, facebooking... Just a lot of publicising the band on social media. Didn't seem like much was happening. Then suddenly... it's difficult to know where a buzz starts from. All of a sudden, people are getting back to us from messages we'd left with them months ago. We noticed that: very little happening in the first year, and a big difference now.

Ryan  I think a live act helps. People won't have necessarily heard the album – it was made five years ago. But a live act, a talking point, is a thing. People do come and enjoy our show. We put on a show.

Pete and Loz, you've been playing for some time. That's good and bad - you get the chops, and the stagecraft, and that's blindingly obvious. But after all the years of crap gigs, all the long overnight drives back from the other side of the country, for little or no money, it's really go to be worth it to you to be in a band.


Loz I have to say I'm enjoying playing in this band more than any other band in the past thirty years, I can honestly say that. It's partly to do with what Ryan's just said, but it's also the guys I'm playing with and the music we're playing.

Pete  There was a period in the 80s where live music was the thing. There weren't the big clubs with DJs. People queued round the corner for the Fighting Cocks to go and watch live bands. Then it went pear-shaped. There wasn't much going on at the grass-roots level. I think it's coming back. But you need an exciting band that people can enjoy.


Rhino And The Ranters live at The Spotted Dog, Thursday 19 March 2015


Ryan, it's your band; you write the songs, you're the front man... but what does everyone bring to the party?


Ryan  We've been called Cowpunk. But none of us are from a farm... it's not punk music. But it can shock and make people happy at the same time.

Gavin  Lots of roots. Lots of attitude. But it's not derivative.

It's really very tricky to describe this lot. Listening to the album, with different musos, you hear satisfying dirty slide and lots of shimmering acoustic overlays with Ryan's vocals. Watching the new band, you're really more conscious of a string of influences, most of of them Stateside. But mainly you're too busy havinga good time to really worry about that stuff.

I tried, and failed, to come up with a concise categorisation. I think, again, that's because the band are actually defining themselves to their new audiences. In due course, it won't really matter where the band are at musically, because people will know, from the live sets.

It's a deeply impressive combo of skills and potential. It works in a back room of a boozer with no stage. I rather think it's going to work nicely from a proper stage, maybe in the sunshine, with an up for it crowd. Roll on festival time. In the meantime, you can be pretty sure they'll be at most of the decent venues across the West Midlands over spring and summer.

Not really hard to find. Lots of gigs, listed here