Wander into Broad Street's Brasshouse at the right time, and you're in for a treat. A free treat.

It's weird. Broad Street Birmingham is the last place I'd expect to see decent live music. The place swapped Ronnie Scott's jazz venue for a lap-dancing club, just when Birmingham was trying to get City Of Culture. The place is full of loud chain pubs, industrial dance joints, karaoke bars and some very iffy catering. You go there to drink, lots.

As the night wears on, Broad Street becomes Purgatory Street: shrieking hen parties, testosterone morons in sports cars and quad bikes, pissed-up conventioneers and lads on the pull. Buses don't stop there now on Friday and Saturday nights. And just watch where you put your feet.

But on a Sunday lunchtime, once they've hosed it down and swept it up, it's a whole different place. In the Brasshouse, you can now catch, free, some of this city's most experienced bands, playing to an up for it, older, crowd. These aren't lame covers outfits who don't 'get' the music they serve up. These are players.

It's all good. And it's all been set up by local muso veteran, Ricky Cool.

It's not really a surprise that live music has been forced out to the margins, at small, out of the way venues, some distance from anything approaching prime real estate. City centre venues are shutting down all over, squeezed out by property developments. Last month, the Yardbird; last year, the Crown on Hill street. It's yet another way live music gets distanced from audiences and potential bookers.

That's what made Ricky think. He may have struck gold. 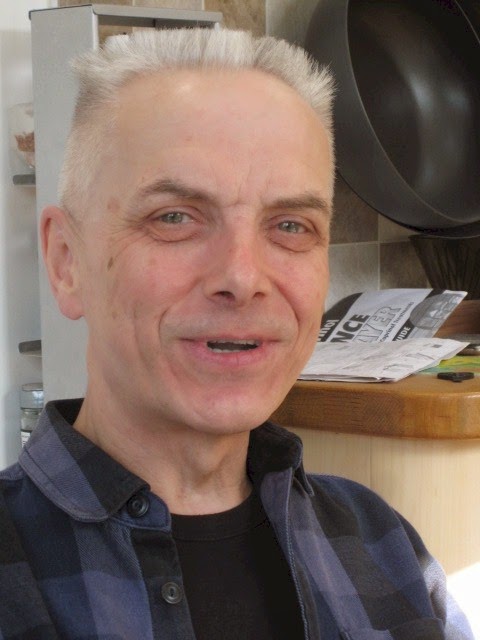 Ricky Cool: "The whole thing with the Brasshouse is interesting. I have associations which go back for years. Before the new owners took over, it used to be run by Clive and Angela Richie...

… who used to run the legendary old Golden Eagle in Hill Street...


"Yes. That's when I got to know them. When they were at the Brasshouse, I'd do the odd gig. So when I got my new band together, I went along and said to the new guy there that it would be good to do a regular gig in Birmingham, just to see if you could build things up. I wanted to use the Brasshouse because it has such a great location.

"And on Sunday afternoons the place was absolutely dead. So I offered them a few afternoon gigs to try out, one a month for three months, for, basically, expenses. If it works out, we could talk.


"It worked. They were really pleased. It built up pretty quickly. And now they're doing live music every Sunday afternoon. We've got work out of it, and we get people who come down time and time again."


And that's one of the startling things. It's a grey audience – with kids. A really nice vibe. Do people remember the old Icebergs from the 70s?


"Every time! I get people coming up to me and talk about the old Barrel Organ, or wherever."

I've known you for, um, er, nearly 40 years. Looks like you've kept that loyalty. And after all that time, you're pretty slick on the mic with your introductions.


"It's great fun. I'm loving it more than for a long time, because the guys in the band are so good. And we really enjoy ourselves."

Speaking purely personally, I really do think that the latest outfit, Ricky Cool and The In Crowd, is the best band he's put together. That is saying something, when you look at the history. Baritone and Tenor sax, string bass from John Potter, magnificent keyboard work from Nigel (Arthur's dad, doncha know) Darvill, and splendid, splendid guitar work. The time I was there, John Caswell was sitting in. Immaculately, of course. And Ricky up front. 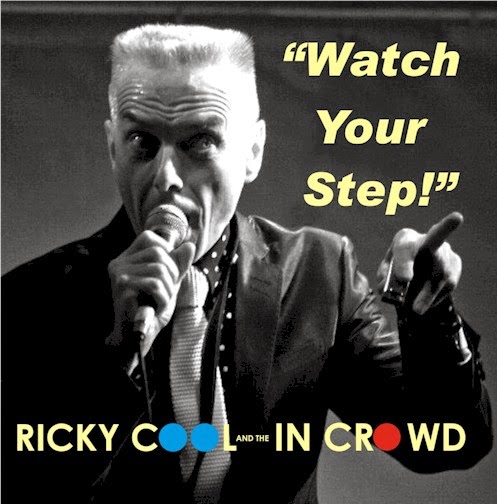 
"It's called 'Watch Your Step'. Sales at gigs have been good, and it's got quite a bit of work for us already. We've also put it up on iTunes and so on.

That won't make you a lot of money!


"No! Really, the purpose of the album is to spread the word. But it sells nicely at gigs."


But I'm curious how all this can pay its way. Ricky packs the place out, sure, but it's still free to come in, so the place has to make its money on the bar. I had a revealing conversation with a good friend this past week about the economics of promoting gigs when you're not charging on the door. It's scary stuff. Not only do you have to get a lot of people in, but they have to buy a lot of beer.


"It is difficult to get a point where you can make enough money to think it's becoming reasonably viable. There's a whole swathe of gigs, which as six-piece band that we can't really do. And certainly in Birmingham, it's free admission at most of the gigs. It didn't use to be that way. So a lot of venues are very restricted in what they can pay. If we're offered £200, with six of us, pa and crew costs and van hire, someone on the merch table, there's no point, I'm afraid.

"So there are a few which we do do, mainly because they are good music venues, and there's a good crowd which goes there for the music. Those places may just have someone in who will see you, and spread the word, and maybe book you for a better paying gig. For example, the Hop Pole at Bromsgrove. Music on most nights of the week. Great people."

"And we've now been booked into social clubs that pay proper fees, with a roomful of people, people of our age. But people go there to support the venue.
Other gigs are people's events – parties, functions. We have picked up a fair bit of work from playing at the Brasshouse."

So there are compensations from a professional perspective...

The repertoire is mainly early Jamaican blue beat and ska and scorching vintage R and B, with a few originals from Ricky Cool himself.


"I visualise the band as coming from the pre-mod period, when they were called 'Modernists'. Modernists like Rhythm and Blues, and Jazz, and Jamaican music -

- which was only just breaking out into a mainstream audience -


"Yes. We're talking the Flamingo Club, Count Suckle... the whole thing was about looking sharp, and presenting good music in a good way. And that's what the band is about."

So you're a band of nicely turned out musicologists - who can swing....


"Because the guys are so good! I'm really lucky. I'm very pleased. I basically get to play my record collection..." 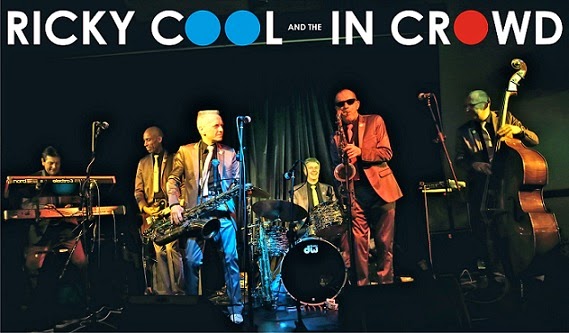 Great Ricky Cool article. What i love is that his residency policy pays off. There are so many local bands that say 'we cant possibly do another gig in Birmingham for 6 months for fear of overexposure.'
On another subject, don't know if you know the band, but they have just released a cd which is stunningly good. x

Good point about local bands and their approach to exposure, Mick. It actually says a lot about how a band approaches its audience. And the CD is indeed classy. I was going to put a track or two up, but then I found that video,,, put that up instead!

Another interesting article...I'm seriously thinking of moving back to Brum because London is ludicrously expensive and this interview has given me a few cool ideas!!!