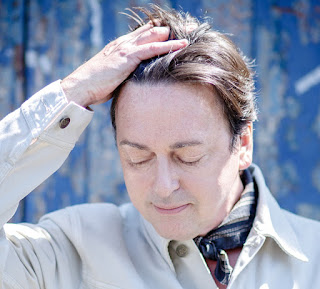 Stephen Duffy straddles different genres in a way that few have ever done. He grew up in Birmingham; our conversation is littered with local references covering legendary studios, musos, and people. While still in Birmingham, he scored his first huge success as Tin Tin. In due course he went solo as Stephen Duffy, and later with his group the Lilac Time.

During that time, he has worked with some of the absolute biggest names in the business. Stephen has a pop past he can't erase – and he doesn't really want to, despite the elegant folk stylings he embraces with the Lilac Time. And he is still cooking up some major new projects.

The first half of this chat is a who's who of Birmingham Rock and Pop in the 80s, anyone who knocked around the Birmingham scene then will find much to enjoy. After that, there is a torrent of huge names. And massive, massive success arrived when Stephen was in his 40s... which also seemed to escape us all. But the most fascinating aspect of our chat is how calm, polite and witty Stephen was. It was hugely enjoyable, and I am most grateful.

A footnote: the intro and outro flourishes I'm using in this series of Lives in Music podcast come from Vo Fletcher who is featured in this series, along with Loz Kingsley, here. I asked him for a bit of live impro, and this was the result.

The Lives in Music Podcast series has been running for about two years now. These are interviews with local musicians, looking at how music has shaped them throughout their lives. Series 3
also looks hard at how lockdown has had an impact. There are some lovely stories. To see all the artists, here's a link to every episode.