A Life In Music: Mick Howson. 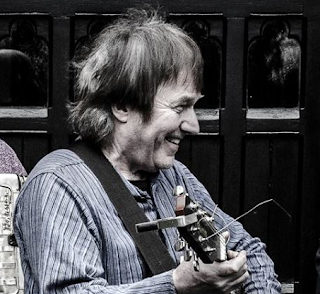 On the Lives in Music podcast this week: someone who's been key to Birmingham Music History over the past 50+ years. Over that time, he's been in some of the town's top, top bands: Ricky Cool and the Icebergs, The Destroyers, and Terry and Gerry, just for starters.

And now, if you ever wanted to learn about the Hurdy-Gurdy – a fantastical ancient stringed instrument – Mick just happens to be a leading expert.

You can jump to the podcast using the link at the top of this page, or simply scroll down, where you'll find it embedded in this blog post. 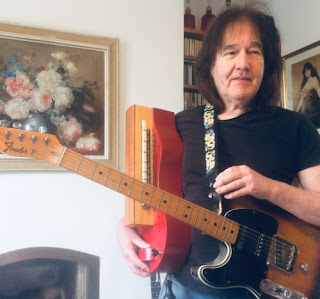 Mick is meticulous in his approach to music. He also is working hard on documenting some of the powerful work he has been involved in.

Of particular interest to 70s veterans are the recordings he made with the late Jim Cleary. It turns out he has a positive stash of these, and other recordings, and, while they are all on cassette or aged reel to reel tape, they are being meticulously and patiently restored by a pal in Cornwall. The pal is also a veteran of the 70 Birmingham music scene: Rod Hudson. They should see the light of day...soon.

There's a clip featuring Mick on Hurdy Gurdy in the podcast, and you can do a lot of research following some of the links below. I think the instrument is a thing of wonder. I've always been fascinated by ancient instruments, but I've never had the gumption to actually go buy one and master it. If you study some of the Destroyers videos, from the Paul Murphy era, you can see Mick bashing away. But while I always loved seeing Mick doing this, it was sometimes difficult to hear his work above the torrent of brass and percussion that the band deployed. 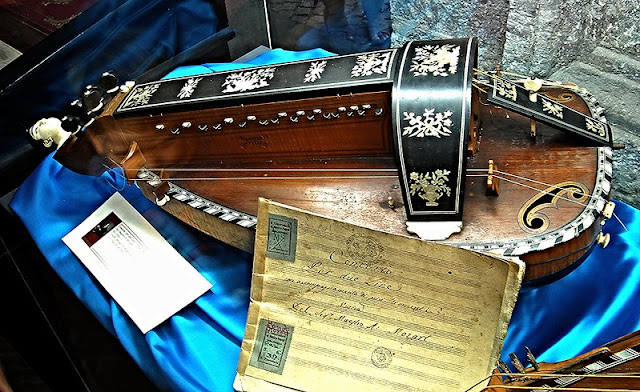 There are hundreds of different types of Hurdy-Gurdys. The instrument evolved differently in different countries, and for different purposes. This very lavish instrument dates from 1764, made by Parisian instrument maker Jean Louvet. Photo Credit: Carlo Raso, on flickr.

Links
Here's the Hurdy Gurdy Wikipedia page. Exhaustive.
Mick currently plays with The Burdock Band...
...and the freshly reformed Terry and Gerry
Here's a clip of vintage Ricky Cool and the Icebergs with Mick on guitar.
And here's the Destroyers with Mick at Moseley Folk in 2012
Here's another restored tape (and new video) of Jim Cleary
And last but not least, Mick's recent release, Dunroamin'

A footnote: the intro and outro flourishes I'm using in this series of the Lives in Music podcast come from Vo Fletcher who is featured in this series, along with Loz Kingsley, here. I asked him for a bit of live impro, and this was the result.

The Lives in Music Podcast series has been running for about two years now. These are interviews with local musicians, looking at how music has shaped them throughout their lives. Series 3 also looks hard at how lockdown has had an impact. There are some lovely stories. To see all the artists, here's a link to every episode.