A flat-out refusal to give up and stop, no matter what the obstacles. 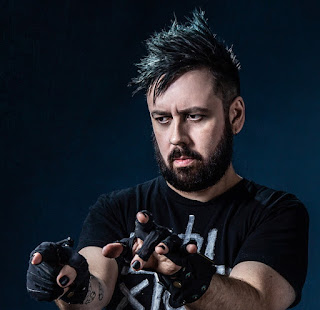 Welcome to another edition of Lives in Music. I've been talking on the associated Lives in Music podcast with Kris Halpin, who also trades as Dyskinetic. And the Winter of 82. You can jump to the podcast here, or scroll down to the embedded player lower down in this post.
You might be wondering what those things are on his hands? Well, they're MiMu Gloves: gyroscopically-controlled midi control units that allow users to make music by gesture alone.
Kris is known for his work with the MiMu gloves, which were created by Imogen Heap. They are extraordinary things. The initial concept was to allow performers to dispense with musical instruments on stage and to then create a new way of performing. Dramatic? Yes? Impactful? Certainly. 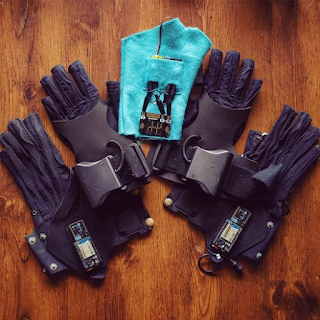 But there's another factor that informs Kris and his work, and that is disability. It led Kris to his involvement with the gloves, as he sensibly pointed out how useful they could be to Drake Music, who work with Imogen Heap on enabling musicians with disabilities.
They promptly took him on as an artistic associate to help with their research, specifically with the gloves.
In this podcast, Kris deals with his disability – a very serious disability, which absolutely won't go away - with jaw-dropping openness, and I am hugely grateful.
But there's an awful lot more. Kris has a very clear eye on his situation, and it turned out to be a jaw-dropping conversation. Here's Kris at Abbey Road. 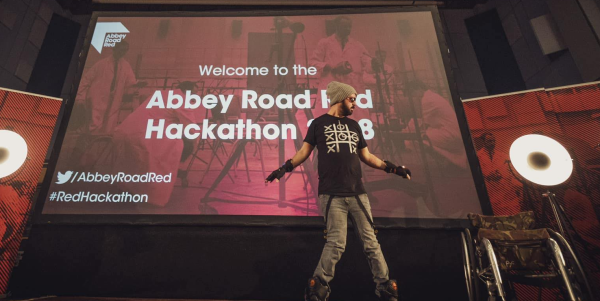