Happy Birthday to you, Catapult Club!

I like the ins and outs of the music business: the nuts and bolts of how people and things come together, and what you have to do to make it all work. I like that there is a surprising spread of often very fine people who rotate around the processes of music creation and performance. There's a deep range of skills and talents, all essential to the local music economy. Naturally, this is overlooked by the powers that be. It's immensely interesting.

Take... promoters. No, go on, seriously. Promoters seem to break down into two distinct types, irrespective of the size of gig: One type is bombastic and not shy of pushing unpleasantly hard to get a result. The other type is remarkably understated, even reticent, with a deep love of the music they work with. Most of the guys I know around The West Midlands, I am glad to say, sit firmly in the second category.

Both types are businesslike – when you think about it, they have no other choice. The gig is all: it's high-risk. There can be a lot of the promoter's money at stake, even for the smallest event. With that said, it's fair to add that promoters don't always enjoy the unalloyed affection of the gig-going public. Factor in the extremely long hours of research, prep and marketing, followed by the gig itself from get-in to load out, and unpredictable levels of random unreasonableness from anyone from performer to punter, and you can see why there's a pretty high rate of attrition. 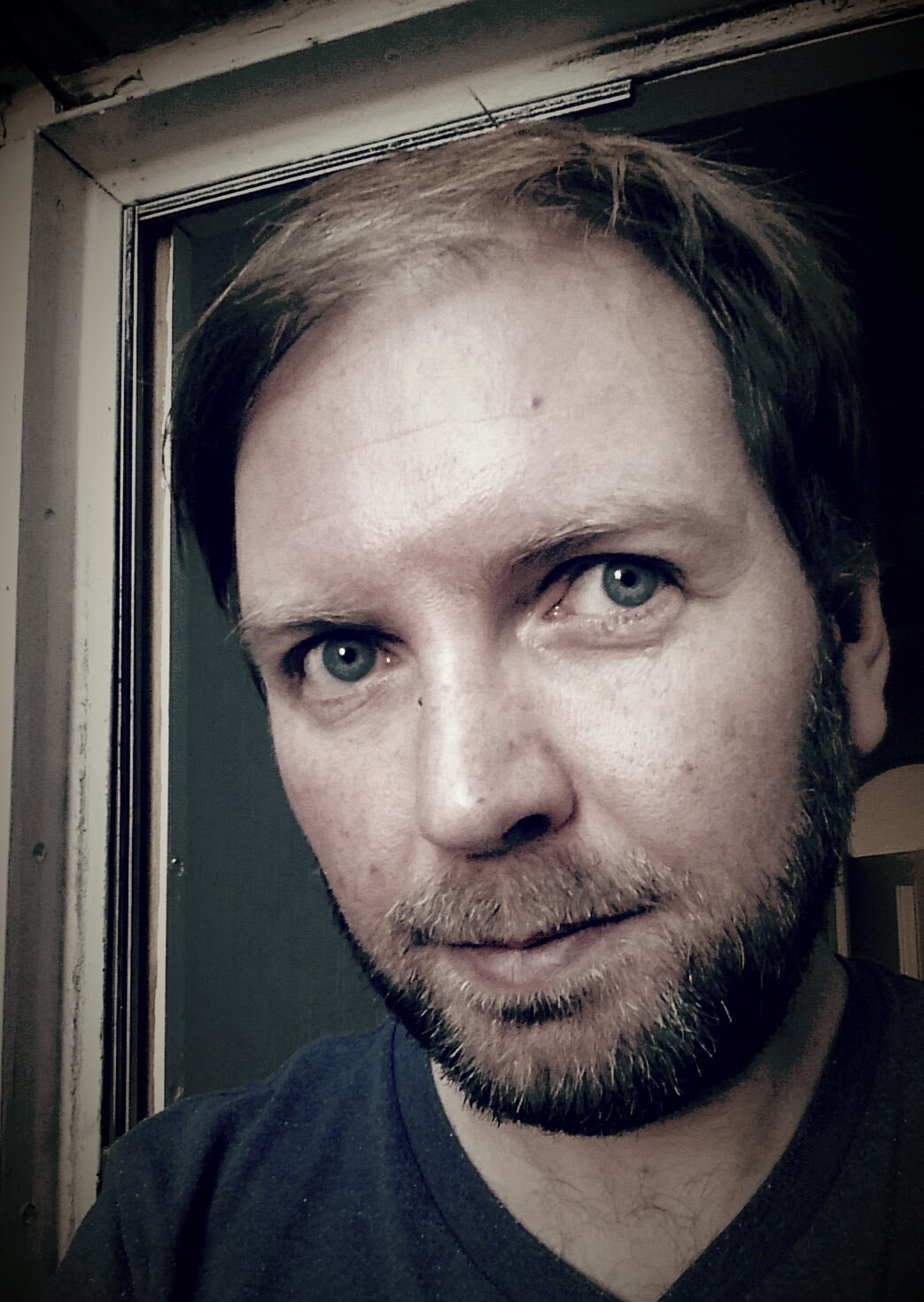 Arthur Tapp has done this for 25 years. He's looking chipper on it. To celebrate his quarter-century, his operation, Catapult Club, is mounting a ridiculous string of gigs between now and Christmas, across loads of venues in town.

Arthur, I have to ask – what possessed you to do this for 25 years?

I think I was quite stubborn. If I get my teeth into something, I don't let it go. It was me trying to follow my dreams a little bit.


And what were those dreams?

Avoiding a proper job... playing in a band... I just became obsessed with, not just music, but the gig side of things: organising a gig, seeing the sound checks... Sound checks were magical to me! The PA, the sound crew, the lighting kit, all that.

When we started (at the Hare and Hounds in Kings Heath in Birmingham), we used to carry all the gear in and out, up those ridiculous big stairs at the side. Great big bass bins, major speakers – six to each stack. So you're putting all the kit together. You're plugging all these leads in – if you're a bit geeky, it's all exciting as well. And then there's a band... and the whole technical side of mixing. And the music as well. I was playing in a band.

What band was that?

The Liberty Thieves, we were. We didn't do much. A couple of records and that was about it. It's weird how many different things were involved, that sparked my interest. Making the posters, which we used to do out of scissors and pritt-stick. Working out how the magic works. Quite honestly, it all happened by accident – a very happy accident. 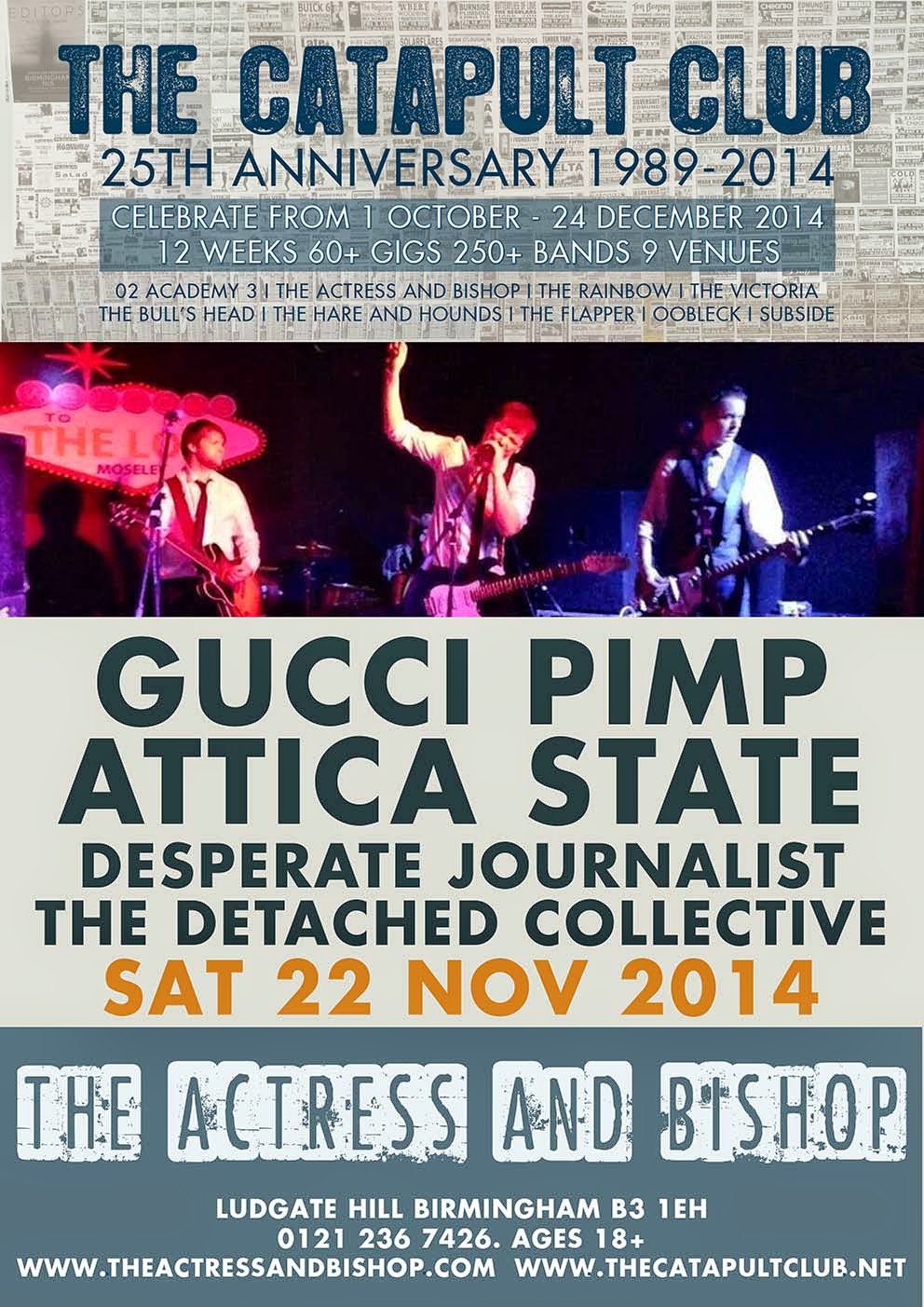 There's an old friend of mine - he's now retired. When we were at University together, he was the social secretary for our college. His proudest moment was filling in for am artist that cancelled at short notice, by booking Jimi Hendrix for £30.


That's mystical for me. That was before I was born.

But it's all the same mechanism.


Yes, by it's a mystical kind of time to me! That's the late sixties – it's magical and distant... But I speak to bands now, who are say, twenty years old. For them, that's like Oasis or the Smiths playing in Moseley.

You know how you can get those repro posters showing concerts from, say the Fillmore West, showing all those classic 60s summer of love bands, who were all local to San Francisco at the time, and what a scene that must have been! Buty at the time those were just … local bands. I think there's a market for that now. Have you looked at some of your vintage posters?

Maybe there is. We're using a very retro poster to advertise our nights at the Bulls Head. The venue did that. It's brilliant.


Has all this been full-time?

That puts you ahead of the pack.

But it wasn't full time for a while. I decided I was making enough money out of this to get by, and still have enough time to pursue being in a band. I think I played my last gig when I was 25, and then made promoting the full-on thing. I thought I was getting too old.

I compared it to the Jam! Weller was 17 when he made his first Jam record; he split the band when he was 24. This is a crazy – a stupid example to follow. 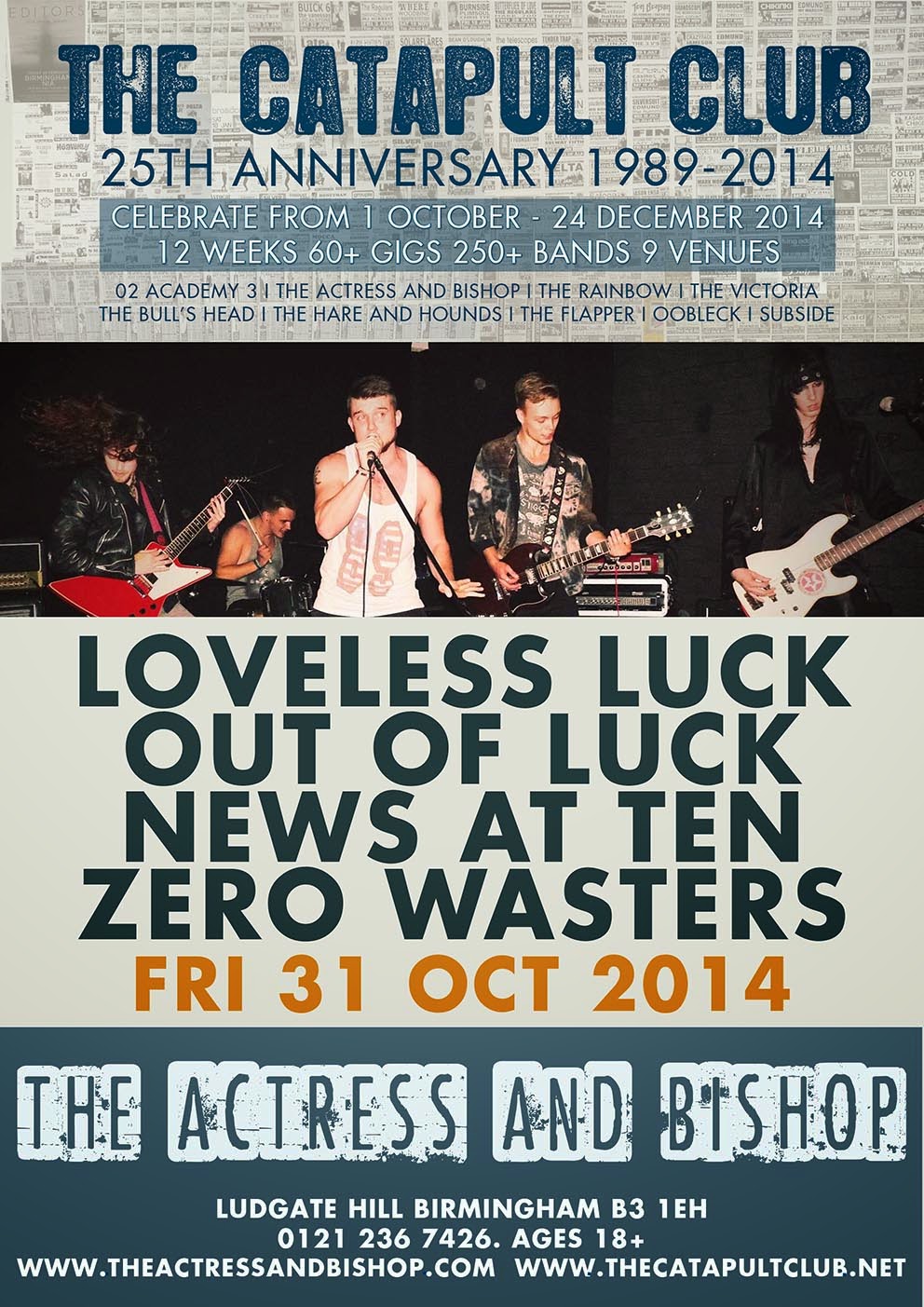 I think it's a magnificent example. Was he foolhardy? No, he was completely confident in what he was doing. I have to ask – comparing you to some of the big boys, who while they may have been magnificent promoters, could also hardly be described as, shall we say, saintly and altruistic – did you find that you had to harden up from your idealistic beginnings?

It went in stages. A little bit of it had to happen, as I moved on to bigger stages, with bigger bands. You do have to harden up for that. You do have to have that edge of ruthlessness, which I don't think is in my nature. I didn't enjoy it, I have to say. Didn't sit well with me. The smaller, DIY kind of stuff was more my vibe. You either have to do the venom and fear and loathing thing, or be very very nice to people.


Do you get that back?

I can count on one hand the number of people I've fallen out with over the years.

So – 25 years. An extended celebration.

I was going to do a weekender gig. And it was impossible. Too many bands, too hard to get them all together on the same date. So it became a week, and then a month. Then, oh, right, three months. And I'm getting pretty much all the people I wanted.


The challenge is that you've got this spread over multiple venues. How will you keep a sense of identity?

Well, the whole business has been rebranded for the three months. The posters have the same them. We'll probably rebrand again! It was almost impossible to come up with on big event. I still might do it – maybe a Christmas party!


Standout gigs yet to come up???

It's so pleasing that after all this time, you have very consciously and deliberately retained your interest in the local area.

I think I just find it more interesting. There's so much music out there. Now, more than ever, it's easy to access. So you're never going to hear every great band, ever. There's just too many. The thing about Birmingham and the region is that it's always been really eclectic. People say there's never been a scene, or a movement, to speak of, but we've always have lots of different sounds happening, all at the same time. Perhaps we don't group together and shout about as much as we should. It's not in the character. In Manchester, they do shout about it all – even when there's not enough to shout about!

Arthur - a bona fide star, without whom so many local bands wouldn't even have made it out of their bedroom. Massive respect!