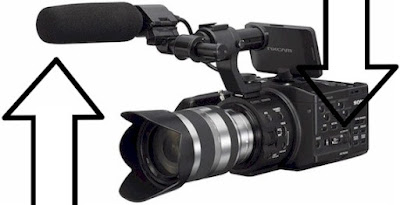 Late August. Time to check who is doing well on YouTube. There are interesting conclusions to be drawn:
We still have the same leader as in February, but the appeal of her format may be on the wane. Details after the jump...

Recession-hit local acts at the lower levels of the chart are simply not making as many videos. So we've lost a few. That said, there are a big number of new entries - congratulations go to
And welcome back to old warhorses:

How do you grow from Lady Leshurr's heights?

OK. This is the big one. There is no getting around it. Lady Leshurr has, again, crushed it with two of her Queen's Speech video series. These videos are like broadcasts - they come out on a regular basis, they follow much the same visual format and the subject matter strikes a big chord with Lady Leshurr's audience.

Lady Leshurr has more views that the rest of the chart put together.

Despite this extraordinary performance, I just wonder how much steam there is left in this format. Queen's Speech 5 has done phenomenal business, but it hasn't topped the amazing numbers for Queen's Speech 4. Lady Leshurr's latest pure music video does nowhere near as well, so doesn't show up on this chart. But she would still be one of the very best-performing artists if you discounted the Queen's Speech series.

And now, the charts

Here are the biggest increases in viewing numbers...

And here is the biggest increase in percentage terms, which can be looked several ways, depending on the acts' placings in the main chart.


There is still a huge huge gap between the million viewers club and the new boys working their way up. But it can be bridged. There are very new acts gaining traction without a lot of help from record companies. And you don't need a big production to get big scores.

Let's see where the firecrackers on this chart are in six months, shall we?


Put your email address in the box below, and you're all set.