A Life in Music Renny Jackson: from Birmingham to Sevilla 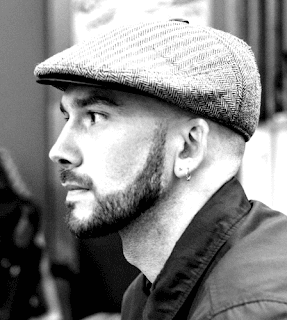 I assembled and edited most of the Lives in Music podcast episode that accompanies this post on the fifth anniversary of the death of a mutual friend, the great Paul Murphy, who both introduced me to Renny Jackson, and encouraged us both, as he did with everybody he worked with, in our different projects.

One of the things Paul had me do on his Thursday Song Writers Café nights was to interview each artist about their own creative process.

How do songs arrive?

I asked that question of maybe a hundred or more of Paul's guests. I got a different answer each time. Everyone, it turned out, had a different approach. Renny was thoughtful, open and honest.

So it was that I talked at length with Renny, who originally came from Birmingham, before he delivered a charming and articulate set on his brief return to the city.

To listen to the Lives in Music podcast episode, go here, or simply scroll down to the bottom of this post.

There's a twist to this series of Lives in Music podcasts. We're all stuck in lockdown, and so I am asking each guest about how it affects them. Now, as you'll hear, Renny is now based in Sevilla in Spain, where the oranges come from. And they have hassles too, just like us. In fact, not quite as bad as us, but enough to put a stick in the wheel of new live projects. The two influences come together in Renny's music.

Obviously, we recorded our conversation remotely. This is a step on from Zoom - radio-oriented  software, for a start - but it felt absolutely right chatting, in a very personal way, with someone who now lives fifteen hundred miles away. Tech may have messed us all up in its different ways, but little things like software that lets you straddle boundaries certainly help.

Renny's take on the lockdown in Spain is an interesting variation on what problems face musicians in the UK. We'll also hear the impact Spain has had on this Brit.

The Lives in Music Podcast series