Thoughts on the passing of an old colleague 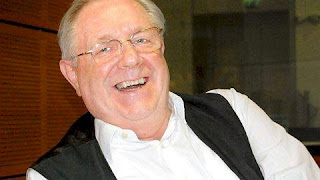 News broke on Tuesday that Ed Doolan had passed away. Immediately, the web bristled with stories. BBC WM devoted, rightly, their afternoon schedule to his work. Ed's passing made PM on Radio 4 with the great Eddie Mair - there is no higher broadcast accolade in my view - and the evening news on BBC1.

Ed started to develop the style that worked so brilliantly for him at BBC WM while still at BRMB. He had a clear idea of what to do, but he had to do it without any staff or support system at BRMB. If I remember rightly, his major tool was a Psion - remember those? - stocked with numbers of Councillors, MPs, traders and influencers. That, and his wits.

Ed used his airtime brilliantly. Time, space and presence were part of his armoury. That approach doesn't always sit well in commercial radio, where we were told to keep it moving, moving, moving, avoid dead air at all costs. But traditional 'speech' radio and tv greats - Cooke, Mair, Garrison Keillor, Martha Kearney, Kuenssberg, James O'Brien, Victoria Derbyshire and dozens of others - know to take time to let ideas sink in, to let the audience breathe after something intense, to regroup, to shift gears.

So Ed's decision to jump ship to WM was logical. His move propelled that station back up in the local ratings war, and WM's then news-oriented agenda sat well with Ed's style. 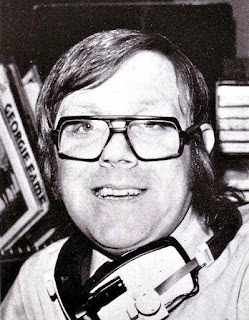 Ed was a colleague way back in the day, joining me and a handful of other recruits at BRMB in late 1973, before the station launched in 1974. He'd made a risky career jump, joining from Deutsche Welle, and settled into mid-mornings while I held down the mid-evening rock shift. We all keep in touch, the early BRMB crew. Sadly, our numbers are slightly fewer these days. We knew Ed was unwell. And at a reunion prompted by a return visit to the UK of colleague Terry Griffiths, Ed shared his condition with all of us. It was courageous and honest.

I last worked with Ed quite recently, when he still hosted his live Sunday show. He would have me come in once a month to do the newspapers slot. Now, I tend to the left, and I suspected that Ed held rather more conservative political views than mine. I didn't really know, of course, and I never will now. So I would occasionally adopt a peppery leftist position on air. Ed responded gleefully, sparking into action with an equally peppery but contrary view, and we would have at it, live.

The particular discussion over, Ed went to music, took his cans off, looked over and grinned. 'That was good, wasn't it?' There's nothing like a bit of on-air jousting on a Sunday morning; Ed was a past master at that sort of thing. Good times.

Thanks, Ed for amply demonstrating, once again, that all you really need for compelling radio, no matter what the format, is clear thinking, good ideas, an awareness of your audience... and a sense of time and space.

A small point. Ed had no support you say well on April 1st 1978 I was appointed his producer to work and develop the two shows a day under the direction of JR. The changes were significant - lunchtime became more magazine and discursive while the evening phone in was ( under JR's direction) to be topical and local and national if need be. There were no restrictions on what we could do and I still have some of those shows including many of the pick of the weeks we ran towards the end of his time at BRMB. These show how innovative and crazy it sometimes was. Post JR Ed felt that his time was limited with BRMB given B.H's bother with the 'ikons'and the change in speech elements with Nick Meanwell coming in. I was taken off the show for another role but Ed and I always discussed his move which was perfect and fitted in with Tony Inchley's plan to capture any 'name' from BRMB that would suit his attempt to redirect BBC Birmingham as was!