Call Me Unique: Better make time... to grab that chance.

The big break? How and why? Let me count the ways...


Let's say you're a struggling artist. You cover a lot of music areas. You have a following of sorts. Being good and distinctive (they don't always go hand in hand), putting yourself out there, gives you a chance of building a small local following. But just to get to there means effort, sweat and often a bit of heartbreak.

But how do you push on from there? How do you get to that point where the buzz is big enough to bring the big media operators sniffing around?

Mostly, the web muddies the waters while appearing to offer clarity. But sometimes you catch a break. 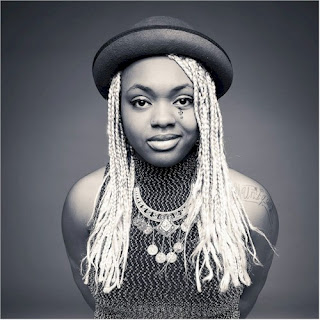 It's astonishing to compare how this used to work back in the day, and how it works now. There is one, and only one, common factor linking the explosive growth of acts like the Beatles and the Stones, 50 years ago, and the rise of beatboxing balladeers like Ed Sheeran, or against-the-grain individuals like Laura Mvula.
There is always a new audience, hungry for something they can call their own, and open to ideas that strike particular chords with them. That doesn't change, ever. The circumstances, the routes and the devices are the things that change.

I'm sitting with Call Me Unique. She raps. She can do Jazz ever so nicely. And acoustic singer-songwriter stuff. And contemporary soul. She's still only 25, but she thinks she's getting on a bit, what with the spectacular rise of new, articulate, sharp, and largely female black artists who have suddenly emerged in Brum and elsewhere.

Suddenly, 1Xtra is paying attention. Suddenly, after years of effort, years of waiting for a break, trying all angles, rapping where she could, working with producers, waiting to get the nod from gatekeepers at live venues and studios, her videos are picking up serious numbers. She hasn't changed. The web-driven world around her has.


That change even goes down to her current working name. She has Facebook's unhelpful data entry policies to thank for that.

Call Me Unique: The 'Name' is Unique. The name Call-Me Unique came from Facebook. I kept putting in different names, different versions of those names, but it eventually accepted Call-Me Unique.

That's because Facebook's software wants a first and a last name, and whoever set that up wouldn't allow for any flexibility.


Yes. That's where the hyphen came in, which then had to be removed because I didn't want anyone putting that up on a flyer or a poster. Uuuurgh. But thank God for them requiring me to have more than just Unique!


In Unique's field, it usually takes one song to punch through, and then the artist builds from there. That song breaks though on social media, linked from platforms like Soundcloud or YouTube, and it can very rapidly go stratospheric – Lady Leshurr is a perfect example.

But look back to last month's video chart, where Unique had her big fat breakthrough with Time To Love. In early February, she had clocked up some 94,000 views. Six weeks on, that's jumped to just about 116,000. Nice going. That video is clearly still gathering momentum. The story behind it? Another happy accident: a producer picked up on her work, online.

This is down to Monkeyneck. He's a producer from Budapest. He found me from listening to a radio station – someone had been tipping me as one to watch! He found the original of The Wife on Soundcloud, illegally downloaded it, and remixed it.

Then he sent it me saying he hoped I didn't mind, and what did I thing of it? When I heard the song, I actually loved it – raving in my kitchen!

So from there, I was invited to Budapest, and we collaborated. Then I heard Time To Love, which was an instrumental. I was doing a fifteen second vocal for a commercial. I was freestyling, warming up... and I came up with the line 'Time To Love' as a freestyle.

He sent me back the tune – I was in Paris with another producer – and he'd turned it into a three minute track. Did I mind being sampled over and over?

You gave him the basics and he built that up into a whole track?

Yes! And the next time I was over, he asked me if I wanted to do a video. I borrowed some clothes, they styled me, and...

There you are, dancing though the streets of Budapest?

So for two years and more, Unique has been shuttling back and forth between Brum and Budapest, where, amazingly, there is a big big demand for all things rap, reggae and urban. And Time To Love has been a big shiny success – even if she's really on it as a featured sample.

I've had to step it up now there's been a bit of success. I'm really glad of the collaborations. I've got management, and I'm working with one of the greatest bands in Budapest, recording my album. There's a lot of things going on. And a lot of my early songs, which I didn't always get to perform when I was getting started, are now being reworked and developed.

Put your email address in the box below, and you're all set.
Posted by Radio To Go at 08:41 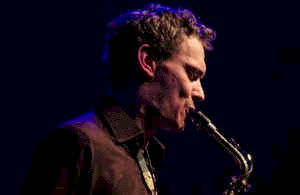