Ruby Turner: keep your eyes on the prize.

I’m excited. Ruby’s got a hometown gig coming up. 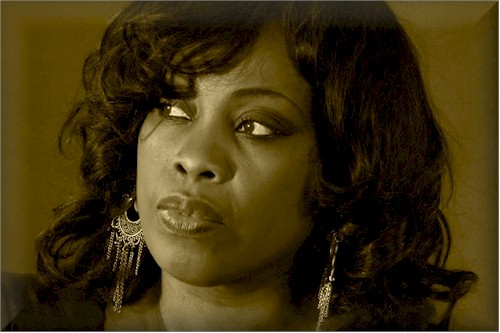 Ruby.  For people, not just midlanders, who know her and love her work, that’s all you need to say: Ruby. One word for one of the finest soul singers the has ever produced. She really is that good.

For those who don’t know her, well, this is Ruby Turner, with a career that puts her all over Radio 2, on the bill at the Queen's Jubilee, as one of Jools Holland’s featured vocalists, on the bill at the 1999/2000 Millenium Dome launch, world tours, the lot. She's recorded with everybody, had hits worldwide, and for some time has very deliberately and calmly steered her own career with some hand-picked advisers.

So now we have a Ruby Turner band tour this autumn, with a hometown gig set for October 16th at the Crossing in Digbeth, Birmingham. I’m pleased. It’s been a long time…

Ruby: I’ve never really stopped touring – but a lot of it is with Jools , which is brilliant. I come off the road with Jools in the summer, late August, and then I go on the road in my own right late September. Then there’s the winter tour with Jools, which kicks off in , and then we just … roll….

So how do you set up for the Ruby Turner tour? How do you find time for this?

I’ve been adamant that I was always going to maintain ‘my’ career. That’s very important for me and the people who’ve supported me. And I have some wonderful musicians who are ready to wait for me to come off the road and do some work. So I’ve been very fortunate in that respect. And I owe it to myself to go out and play, and write new stuff.

People think that what I do with Jools is more than enough, and that I should sit back and ride the gravy train. Well, there’s no such thing. Jools is incredible – he doesn’t just run his band. He goes out on the road, and I’m part of that unit – and he does his radio show, his TV shows.

And he’s got his studio…

So he’s a mentor. And, you know, ‘on the shoulders of giants’, mate! He’s working hard. So for me it was really important to keep that Ruby thing going, happening still.

It’s been too long since you played a home town gig.

A tough one to set up. Lots of people asking me when I was playing . Truth was, I used to play a . And then they took Ronnie Scott’s from me. What can I say? That was my gig, that was my residency! The venue that was right for someone like myself to play at. Of course I’ve done the Jam House, which is a great gig and supports lots of local musicians. Jools is behind the venue - he opened it and I was on that gig. So I'll big it up for not only being a social venue but a live and vibrant music spot, keeping Birmingham on the map for places to play.

My kind of vibe, my kind of intimacy, was very suited to the way it was at Ronnie Scott’s. So I do four nights at the London Ronnnie’s… But when this gig came through, at the Crossing, I said, fine, great!

We are talking in …

….as we speak! It’s the right venue for my people, the people who’ve followed me and my music over the years, who will feel comfortable and able to come and watch me perform. There'd better be some chairs though. Some of us have dodgy knees these days.

I think it’s going to be a big party. A lot of faces are going to come out cos Ruby’s back in town

Who’s in the band?

Paul Prior is on bass – he’s my MD; and a wonderful piano player from , Reuben James – he’s so exciting. I hope he’s available, because everybody wants a piece of him, and he wants a piece of everybody too. And I love that. I don’t want to hold him down, I want him to go fly and do stuff.

I really hope he’ll be on; if he’s not on, there’s Chris Taylor, also from . My drummer is Simon Moore, and Nick Marland is my guitarist. These guys have been with me ten years and more, playing with me when I tour on my own. If I’m able to give them twenty shows a year or more, they’re happy to hold out and do it.

That’s a challenge for musicians in a position like you’re in, when you want to pull in the best musicians you can for live shows, and rehearse and prep for albums.

I’m very fortunate. These guys make themselves available when I get back. We have a really good time. I’m not such a hard taskmaster… well I could be on stage. But I think I’m quite a generous humanoid. We get on marvellously. I’m like a mother hen…

Don’t you crack the whip at all?

Yeah. I do. Sometimes I have to crack the whip and wake ‘em up a little. But we have an understanding. We’re just working musicians. We just get on with the job. We serve the music, not ourselves.

Well isn’t that a question of focusing on what you do? The tragedy of the music business is seeing unique people lose what they have, for whatever reason – the wrong advice, the wrong company, people telling them sweet nothings to get a deal – and that’s happened far too many times.

It’s hard. You can be fast-tracked but you come right back down with a big fizzle. It’s hard. I don’t want to tell anyone what they should do.

In your case it’s about long-term relationships. You’ve built your career on those relationships – ever since we’ve known each other, in prehistoric times – and that’s why you are still a working musician now. Did you ever think, back in the day, when you cut that Checkin It Out EP, that decades later you'd be still working, a featured vocalist with a guy running a hugely successful big band?

Never thought about any of that. But that’s probably the beauty of it.

You knocked it out of the park on the 2011/12 BBC2 Hootenany with ‘Get Away Jordan’ – full on gospel, horns, backing vocals, the works. You released a brilliant Sister Rosetta Tharpe inspired gospel album as well. So we are talking Gospel. What's going on the next album? 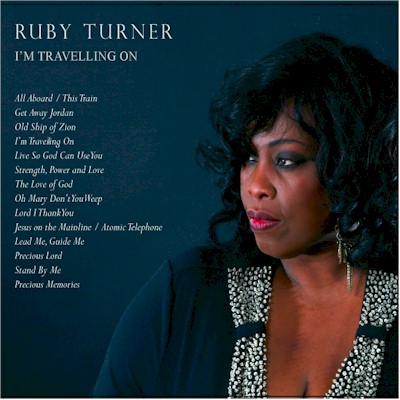 I’m mixing it up a little bit. I am writing in that vein. You search your soul for the things that move you and stir your soul, make you who you are. I will never deny my faith. It plays a very big part in the music I do.

When I approached the gospel album (I'm Travelling On, 2009), I thought ‘Hey, I’m from a Pentecostal background! I’ve done all the blues, the soul, the other stuff, all sorts.. but I’ve never tackled gospel'...and gospel tackled me. It was amazing. I was testifying to my truth. It was incredible and humbling. Through that, it’s shaped my next body of work. I won’t give too much away, because I’m still in the throes of planning and writing.


We’ll see it next year?

With that faith-based material in mind, Ruby, I do have to remind you about a musical I saw you in – it was in in 93 – where you played a woman from, ooh, the shadier side of life. She was a red-hot mama, shaking it down big time. You brought the house down.

(Laughing) Well, all I can say is: my God is real, and He knows his children well!

RTR Limited. That’s your company. Everything goes through that – gigs, label, all the biz stuff. How long have you had that?

2005, I think. It had to be done. I was scared, but it was the responsibility of it that was scary. What you need is a good team: good accountants, a good book keeper. I play by the book, I go by the rules. I do not go into stuff I do not understand. If a problem arises, I can get professional advice. But I keep it simple. People have asked my why I haven’t signed other people to my record company. I haven’t, Maybe I know the business too well. I won’t do it.

But that won’t stop you collaborating, giving advice and the like?

No. If people want to talk, to sit down and hear my side of the story, I’m happy to share that. Happy to help out. I hadn’t got a clue when I started out. All I had was some wonderful friends, some wonderful people who guided me and kept me on the ground and focused. It made me the person I am. And I’m here, 30 million years later. If you can still be doing what you love, after all these years….

Subscribe!
Get the Radio To Go Newsletter sent to your inbox every Monday.

Great interview Robin - is there an audio version (maybe on Youtube?) You've been championing local talent for the many years I have known you and I first heard about Ruby Turner from you. Local music needs folk like you as champions -long may you continue! Andy

You're very kind :-) The interview was recorded and saved to .wav quality audio, which is my standard practiced these days. So it may resurface as an audio piece in due course.

I remember Ruby from back in her earliest days when Gareth Owen drama tutor, poet and playwright was working with her, influencing her and keen for her to be true to her musical self and not be carried towards something she was not...exactly what she has managed to achieve :)

Yet another interesting and well-written article Robin. I also remember the Gareth Owen days, memorable gigs with Mickey Barker on drums, Geoff Pearce on bass, Billy Paul on sax and yours truly Nick O'Connor on keys :-)

A great interview with a local ledgend and a mention for Mickey Barker in the comments, too! I remember what I consider to be the Golden Era of Birmingham music, when we had the likes of Slender Loris (surely the best band never to break through) Ruby, City Boy, Little Acre (to name but 4) playing at pubs like the Barrel Organ, the Railway and the Fighting Cocks (to name but 3).

David , do check out the blog post two entries back from this one, on the Details. Andrew Morton of Loris fame is still in there pitching, along with Dave Caroll of the vintage Gibbons line-up :-)