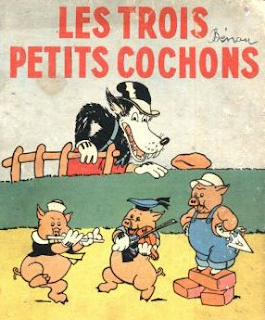 News broke on Monday that Global, owners of Heart and Capital FM, have had a bid accepted for the Guardian-owned GMG radio group, owners of the Smooth and Real brands.

There's been a surprising amount ot hand-wringing. But the real damage was done long ago. It probably means yet more bad job news for this region. But it may also present longer-term opportunities.

I’d hate to have any station of mine described as waiting room music, but – sorry, guys – that is exactly Smooth Radio's role at my local GP practice. I wandered in for a check-up yesterday, still digesting the news of the proposed merger, and heard Ike and Tina Turner’s 'Nutbush City Limits'. Now, it was exciting to hear Ike and Tina in 1973, on Capital’s first day of broadcasting. But that was 39 years ago, when the song had a bit of an edge to it. Yesterday, it was drably familiar, and, to me, ironic - because Global Radio also owns Capital.

There's been much sympathetic comment from radio folk about the fate of staff at GMG;  twitter is alive with discussion. GMG staff now await the depressingly predictable results of yet another corporate takeover. I wrote about this some time back, when the whole brand radio process was getting underway. If it goes like I expect it to, yet more fine people, who have spent their whole working lives in radio, and who may now have mortgage payments to meet, and families to feed, will find themselves job hunting in a contracting market.

Things are not settled yet. Two rival groups (at least) are contesting the merger - both of whom were also in the running to buy GMG. Their arguments are largely about the very uneven playing field that will result if this merger goes though. In the midlands, it means that some 58% of the commercial radio market will be controlled by one group. That’s just brilliant if you’re a national advertiser. It’s rubbish if you’re a smaller station fighting for scraps. I see the point. Sadly, the point is all about money. Content isn’t on the agenda.

I’m not a fan of brand radio. It stifles competition, costs jobs, and reduces listener choice. Mainly generated from London, it ignores or overrides local tastes. Of course it’s a much more efficient way to make money: you can run one national service from a central production centre, and dress output up as local with the odd jingle or programme opt-out. But the majority of local output will be the adverts.

As far as we’re concerned, any localness disappeared from Smooth Radio Birmingham a couple of years ago, when all programming was moved to Manchester, leaving behind a local sales force and a tiny staff for traffic, travel, weather and such. So there won’t be any changes in programming that you’d notice. But even if Smooth is retained as a brand – and that’s a big if – I fear for even that tiny remnant of staff, once back-office rationalisation takes place.

There’s a lot of speculation about how the UK radio landscape will look after it all settles down. There will be shake-ups; there may be some compromises. But at the end of it all, no matter who comes out on top, I expect to see, again, bigger, blander radio brands. Just... less of them. I also expect to see more pressure being placed on the smaller groups around the country, many of whom depend on larger companies for their national sales. That’s a bit like the three little pigs trusting the big bad wolf.

What I don’t expect to see is the newer, larger brands making any inroads into the BBC’s dominant market share. Here’s the latest graphing…
So, more doom and gloom. Probably. Well, doom and gloom if you care about fresh, innovative, stimulating radio. And is there hope for smaller-scale radio? I think there is.  A standard rule of business is that the bigger the competition gets, the more unwieldy it gets, and the less sensitive it becomes to regional or specialised demand. Of course, size means power. But it’s very difficult to use your power to crush nimble, fleet-footed competition that knows its market better than you do.
The 21st century has changed radio beyond all expectations. I don’t expect that process to stop. But I do expect new and sharp, focussed challenges to the national behemoths to emerge – challenges they simply won’t be able to deal with. That is, also, a standard rule of business. And there are a lot of experienced radio hands out there ready and willing to pitch in.

Subscribe!
This blog covers music, musicians, music business and radio in the West Midlands. I'd love you to subscribe. Subscription boxes are up at the top of the blog page, on the right.
Talk!
We're damn lucky. There's an unending variety of great music on our doorstep. I'm covering as much as I can get to. And I would love to hear from you... tell me what you might like to see covered, or feed back on what's already here using the comments link at the top of the post.