Reggae City: This year, they got the Beat

UPDATE: A revised and expanded version of this post
is included in the new Radio To Go ebook Survivors 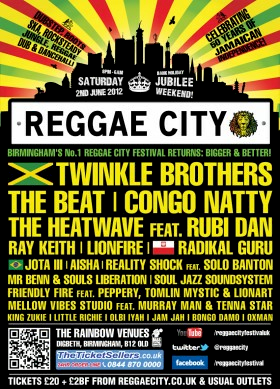 It’s year 2 for Reggae City: a festival – an all-night festival, but a festival nonetheless – that explicitly showcases what Reggae means in Birmingham. It means a lot to a lot of people. The long term plan is to mean a lot more, as it grows into a big, yearly, urban
festival. But, as always, there are obstacles.

Reggae City showcases music – the core of which is British Reggae – that is both diverse geographically and chronologically. Alongside the cream of new and local 21st century reggae crews, there’s a slot for Ranking Roger’s Beat, and visiting acts from Jamaica, Brazil and Poland, as well as other UK based acts.

The event is managed by Kambe events, who also handle Shambala and some other fine events. John Walsh from Kambe was, as usual, impressively calm and relaxed when I talked to him.

This is a one-day event, or rather a one-night event. So how does that make it a festival as opposed to an all-nighter?


"It is a festival! The festival feeling is paramount. The whole idea is that Reggae comes along with a LOT of other aspects to it, like any type of music. With hip-hop, you’ve got graffiti; with Reggae, you’ve got a carnival atmosphere, quality food – Jamaican / Caribbean food… It’s what we’re tying to put into Reggae City, with the décor, the site (the Rainbow venues in Digbeth), with stalls. It’s much more than a basic gig with zero production. We’re really going to town with the vibe and the atmosphere – that’s so important – so that it feels like a Carnival’s come to town. "

So tell me about Reggae City – the whys, the hows, what was last year like…?


"It’s been an idea that’s been around for some time; we just put it up live last year for the first time. For us, Birmingham is THE Reggae City in the UK. There’s no event that pulls the whole city together around this part of the city’s culture. So we just tried to provide a platform, really, as event managers, to get some of the best artists – quality conscious artists, internationally and nationally, to represent alongside the cream of Birmingham’s talent. The difficulty is that we want it to grow much faster than it is growing. There is so much good stuff in the West Midlands that we would like to find time and space for."

Reggae City kicks off at 8pm, and winds up maybe ten hours later, using three different stage areas, The Outdoor stage shuts down at 3am, but the two indoor stages keep on going strong for another three hours.


"Reggae is an evening affair. The dream is that this will become more than a one-day event, and so naturally will expand more into the daytime, and become more of a traditional festival. We’re using the Rainbow because we’ve got some great indoor spaces – but putting a bio-diesel-powered outdoor stage, underneath the railway arches, is fantastic. There are areas next door that we’d like to grow into… five arches in a row that we could have sound system clashes with different sounds in each arch. There are plenty of places we could go with it." 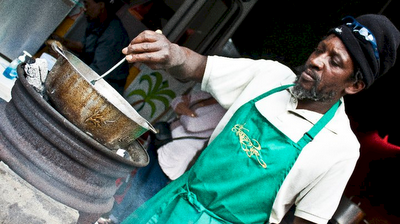 " Last year we broke ground, and laid some myths to rest. There’s a lot of scepticism around reggae events – that artists won’t turn up or they’ll go on horribly late. We have always worked to disprove that, making sure that our relations and our bookings are very solid. Everybody knows that if they work with us, they are going to get sorted out, paid properly, and looked after properly. The whole infrastructure and staffing meant that people were very impressed with the way the whole thing ran. It had an impact."


"We’re hoping to double. We’re hoping to get 1200 on site, crew and artists. If we do that, we’re doing well, and at the moment we are four or five times ahead on advance ticket sales. If the audience builds there is so much space in the city we can use…."

What about mainstream recognition? Three weeks back I posted about the third generation of Reggae producers in Birmingham – some of whom are appearing at Reggae City. The post seemed to go down very well, but I do not see any write-ups of this area of the city’s music scene in the papers, I don’t hear it on mainstream radio….


"Well, there is still a certain unease in some parts of the city…"

I get that. But one of the most interesting aspects of  3rd generation Birmingham Reggae is that is it so much more widely spread, so much more diverse, and so widely accepted. Like old-school R&B, ska, soul and rap before it, it’s now international. I’m just not sure how widely perceived that reality is.


"That reality is a big part of the drive behind Reggae City. We’re trying to get people to appreciate the breadth and diversity of Reggae music, and its influence on other styles of music.

This is at the heart of the matter. Reggae City deliberately champions Conscious styles of Reggae, and music that has evolved on from there. That’s why I think they are doing a great and a good thing. But, to put it tactfully, this all still seems to make some people in authority, frankly, um ....nervous. And there’s a palpable sense of disappointment at this attitude among many people I talked to about this post, quoted or otherwise.

Historically, of course, this is nothing new. Perceptions of danger and risk are always with us…


"It’s funny: when I talk to people on the Soho Road (in Handsworth) and up the Dudley Road, I get asked if it’s safe to put an event on in Digbeth!"

Isn’t that down to local insularity, and isn’t that exactly what you’re trying to break down?


"Birmingham has real opportunities to come together. Sometimes people just do their own thing in their own world. And that’s OK, of course. But you often find people who do very well internationally, but they’re not even cross-pollinating in their own city. So that’s why we want Reggae City to be a springboard, and get more people involved. Hopefully they’ll see that we’re just music lovers who want like minded people to come along."

Lionfire Promo Mix by Reggae City Festival 2012
Given Reggae City’s 21st century approach, it’s good to get a historical perspective. Reggae broke out into the mainstream in the 70s, driven by Island Records’ successful attempts to turn Bob Marley into a global act, building on ska’s late 60s crossover appeal, and the work of great singers like Toots Hibbert, still playing today, who in turn superbly channelled classic soul into his music. 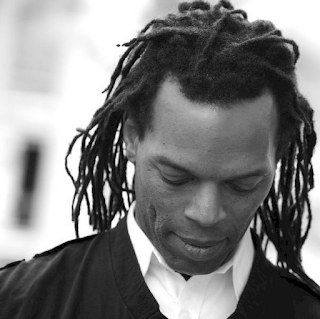 But Marley’s influence preceded global superstardom, firing up a generation of British Reggae acts, including Aswad, Black Slate, African Star, and many others. Beyond Roots outfits, Marley also reached out to local bands like the Specials, Steel Pulse, Selecter, UB40 - and the Beat. Nearly 35 years on, the Beat play Reggae City, led by original members Ranking Roger and drummer Everett Morton, and fleshed out with new members including Rogers’s son Ranking Junior. There’s no Dave Wakeling – he’s based in the US now - but we’ll come back to that. The Beat have a prime time slot on the Indoor stage, right after the opening set from Friendly Fire and leading on to the Twinkle Brothers.

Ranking Roger’s a very good person to talk to about how things have smoothed out – and where it’s still, well, a bit rough.


"I think people have got used to fashion now. When I see a six foot five skinhead, I don’t think ‘Is he going to a racist and pull out a knife or a stick?’ It’s amazing the number of big guys, ex-skinheads - you can tell, they’re all in their fifties, the tattoos are looking a bit worn and saggy – they come up to you and shake your hand and say ‘thanks for the music, you don’t know how much you changed my way of life and my way of thinking!’.  I think our generation of reggae definitely did something to change things that weren’t quite right. And even today, it’s not quite right. But I don’t think it’s black and white, like it was in the 70s. It’s a shame that there’s any racism, but I think that, at least, the black and white issue has been three-quarters conquered.”

And that’s probably partly due to Britain developing home-grown Reggae.


"Yes. The Jamaicans probably laughed at it a bit, although they still listened to it and still liked it. And I think over the years, it went into a ragga phase, and that got a bit boring. It all became gun talk, and dissing this person and that person… and the end of the noughties, it started becoming a bit more conscious again. And that’s a good thing. DJs are battling it out between themselves with lyrics, and I think it’s really clever."

So how does the Beat fit in – a band with its roots in the 70s - are you the grandfathers representing?


"No! I would say first of all it’s a privilege to be part of this. Especially because – talking about how reggae has changed - the Twinkle Bothers are one of the bands I grew up with. Their lyrics meant so much to me. Thirty, forty years later, I still listen to their music with the same conviction, because, religion or no religion, a lot of their lyrics are about peace. They’re very uplifting. And very right.  So the consciousness of this is what’s needed today. There’s going to be a lot of young people at that concert."

OK, let’s grasp another nettle, Roger. Obviously people are going to want to hear Beat Classics – Mirror In The Bathroom, Stand Down Margaret - but it’s a Wakeling-free band…

No band stands still. I can’t see the Beat as simply a nostalgic band. Where are you in 2012?


"We’ve got new songs, some are mine, some of my son’s; we’re using bits of dub mixed in with ska and loads of other things."

And is it still the old trademark Beat sound of clattering skittering slightly African-influenced grooves?


"Some of it is. It varies. I think some of it sounds very Beat-ish. But you have to remember there were different sides to the Beat as well. You’re probably going to hear my favourite – mine and Everett’s - favourite sides of the Beat. "

"Another thing: in the seventies, a lot of English people could not understand the Jamaican patois accent, and saw it as a threat. Now you hear it everywhere... "

Yep – I remember watching 'The Harder They Come’ in a cinema in Notting Hill Gate, with subtitles, and two audiences reacting at different times to the same gags.

And with that, it was up to Roger’s studio to listen to some early mixes on Roger’s newest Beat project. And, hey, it sounds right. Right by the Beat, and right for 2012.

And for nostalgia completists: we also talked, off the record, about Dave Wakeling’s Beat, and Roger’s Beat, and the chances of a get-together. Roger’s not saying it will or won’t happen, but he is in discussions. And who knows? There might be a reappearance of that other fine Roger and Dave project, General Public. I’d be happy to see that.