Froggy and H - fifty years in the biz. And the rest... 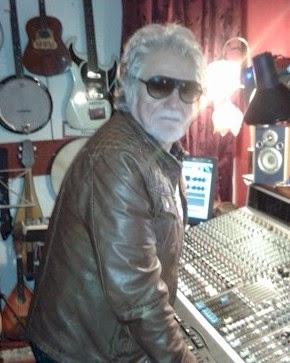 I'm sitting with Raymond Froggatt and long-term collaborator Hartley Cain - or H, as he is universally known - in H's Shropshire studio. The place is packed with H's guitars... and dulcimers, banjos, mandolins, even an 18-string monster hybrid. And we're talking about change.

Froggy and H go back half a century. This studio is where they record Raymond's new albums, although the next album will be live and on video – they're filming Raymond's December 4th gig at Birmingham Town Hall. H will mix and produce, and they will sync it to video shot on the night. All of that, under their control, using their own kit, and released on their own label.

And here's a demo preview of a new Froggy song - Kentucky Sue - that they graciously let me have for this blog post:

For all that Froggy is a child of the fifties and sixties with long associations with some of the biggest rock and roll monsters in the business, for all that he has generated umpteen millions in royalties and record sales, from which he may well not have had his fair share down the years, he's absolutely not one to complain about bad deals, dodgy managers and stingy publishers


Froggy: "Roy Wood recommended me to Don Arden, and a lot of what we did was because of Don's company. Money was no no object... We went all over the world. Supporting tours with Wizzard and ELO when they first started. Lots of things that we did in those days wouldn't have happened without that. And I got on well with Don.

But he had a fearsome reputation


"I think a lot of people like to play on that. But Don, really, was a proper mogul. He didn't want a friend – he wasn't interested in friendships, or going down the pub and having a drink. If you could make money out of it, he was interested. He wouldn't know what a great song was. He wanted second opinions. But because of him, a lot of doors opened for people, not only me.

"Everybody went to see him skint, and they went back after five years, in a Rolls Royce, to sue him. And he probably wasn't that honest with all of them, but he opened some doors. He made money, but he made you a star."

The contacts Froggy made over fifty years are astonishing. As a sixties kid, he bumped up against some of the names who created Rock and Roll. A publisher contact in the US was EH Morris, who eventually sold out to Warner Chappell. I, like hundreds of radio types who worked in the days before computerised libraries, only know that name from the days of endlessly hand-writing music returns, and, later, building those digital libraries. Names like EH Morris, Screen Gems, Jobete, Carlin and dozens more are landmarks in the history of rock music, if you care to look and explore. The people behind these names were every bit as powerful as Sam Philips, Brian Epstein or Berry Gordy: all links to times now long gone.

But Froggy actually met EH himself, and most of Nashville's music royalty from those days. People like the Jordanaires, who recorded harmonies round one mic, bluegrass style. Drinking buddies like Johnny Cash and Carl Perkins. And most of the big beasts from the UK music biz.

"Another publisher was Micky Most. He wanted to sign me up for songwriting with RAK records. I didn't want to sign with him. So he asked me for one song. I gave him one – Running Water – and I haven't seen one penny from that song from that day to now!"

"But we're thinking of re-recording that song now for ourselves. But, as I say, there's value in people like Don Arden and Micky Most for people like us."

"I did a thing for Richard Branson because of Don Arden, When he opened the Manor studios - big studio complex in Oxfordshire - he was struggling. He only had the one shop in London. He was struggling, mortgaged up to the hilt. Don hired the Manor for a month, for us. And the deal was that our downtime could be used for Mike Oldfield, because he hadn't got the money to pay for it to be made."

Let me get this right. You finish for the day, and Mike Oldfield comes in, and does Tubular Bells?

"Yeah. Mike was always there. We'd finish pretty late, and he would go straight in. He worked on his own."

So what you are saying is: the Virgin Empire was built off the back of your downtime, which allowed Branson's record label to have that huge global hit, which then started it all for Virgin?

"Absolutely! I remember one day, we were recording down there. Remember Viv Stanshall, lovely Viv? Of the Bonzo Dog Doodah band, for younger readers? Hew came and spent a couple of days with us. He was a bit of a drinker, and so was I, mind. We popped down the pub for a few drinks, while the lads were recording. We were walking up the towpath. I had to go back and do some vocals, and he said he'd be up in about an hour. With his dog, Bootleg, a big Irish Wolfhound."

After an hour, Viv came in, soaking wet. He's fallen in the canalL he had to jump in to save Bootleg. So then the dog comes in, dry as a bone. And then Viv stood by the open fire – and fell into it. No damage done, sparks everywhere. But he dried off... and that was the last time I saw him. But that was the sort of place the Manor was. And that's the way I got there."

Were you a bit of a hellraiser?


"We all were, in those days. But I'd rather sit down and watch telly than throw it out the hotel window."

Sit with Froggy for a spell, and the stories come rolling out. When you've worked for such a long time, and sold songs all around the world, you get to meet interesting people. 80s kids might remember, with a shudder, a slew of Hooked on Classics recordings, which jammed much loved classical tunes together over a robot drum track. It was remarkably, if tastelessly, successful. One of the people responsible for all that was Louis Clark, who worked with Froggy for a long time

"Louis was our bass player for eleven years. He did the orchestral arrangements for us too. We were the first band to use an orchestra live, at the Belfry in Sutton Coldfield. Roy Wood came to see it, and all of a sudden we had ELO. Not that I'm complaining. Lovely man, Roy; a good friend."

It's a long long way from the sixties. There's a story on this blog about a contemporary  of  of Froggy's, Don Fardon, who finally got his just deserts after decades when an old song of his was picked up for TV adverts. Don signed a contract on the back of an envelope, with the Krays... and I'm pretty sure similar things happened to most musicians of that vintage. I'm also pretty sure it still goes on now. And...Froggy? He's diplomatic to a fault. He's not complaining.

He's not too worried about weird covers of his songs either. Dave Clark's signature tub-thumping version of Red Balloon may not have been to everyone's taste, but it did him no end of good. 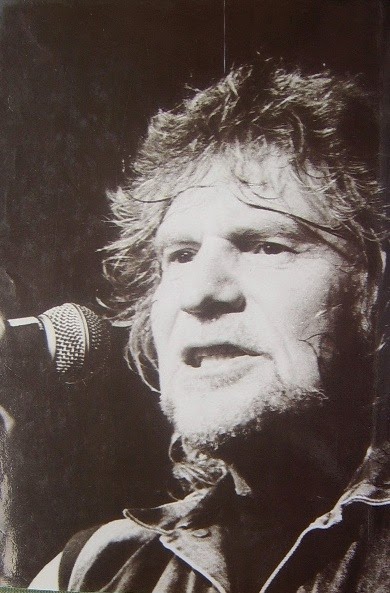 "When I played Red Balloon to Polydor – we didn't like signing to them, by the way, we wanted Decca. We had no idea how big they really were. The other band they had was the Bee Gees – they said 'That is a world hit'. I had no idea. It was just a song I'd written – put a shilling the meter, sit down and hope you get it finished before the electric went. I wrote it in twenty minutes and it went to to sell 20 million. There's at least sixteen versions, not counting Dave Clark."

Do you mind that someone can take your song and turn it inside out?


"Never bothered me. There was a lot of criticism of Dave Clark at the time. I thought it was a really good thing. I had to write to the newspapers. But if it hadn't been for Dave, nobody would have heard the song. We were number one everywhere in Europe with it. But Dave – everything he did was was successful. All of a sudden you're a hit songwriter, everyone wants to know you, everyone wants to record your songs."

"Let's say memorable. We worked at the Icedrome in Tulsa. Huge place. Pretty memorable, but scary. I hired the London Palladium. We filled that – fantastic, a gig to remember. And also the Albert Hall, filled that too. The best? Probably the Belfry, when we did the orchestra gig. The love and affection I got for my band... we were only kids, we hadn't got any money. Our bass player conducting the orchestra. But we were good at it. We were only babbies, but we did that. We weren't the Beatles, we didn't have George Martin. We did it all on our own."