A Life in Music: Ricky Cool

Fifty years with a buzzcut 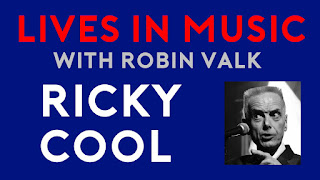 Ricky Cool is a music veteran... who adores vintage music. He's a walking encyclopedia of US roots music, and he's no slouch about the UK music scene over the past 50 years.

In this episode, l get schooled about harmonica playing, and we get a fascinating look at what it meant to be in bands struggling to get ahead through the 70s, 80s, 90s, and on into this century. Things are - different - now.

The latest incarnation of Ricky's band, Ricky Cool and The In Crowd, is a very slick and entertaining operation, which harks back over 50 years to the mid-60s days of ska and organ groove.  Be warned: there's one teeny little bit of louche behaviour described. A swear word. But it's not sweary. 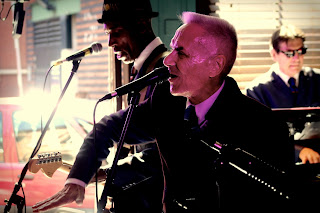 The Lives in Music series celebrates people who have spent a lifetime in music.

They may be famous; they may be people who have spent their lives working in the background for the love of it.

But they all have stories.

The intro and outro music in this series comes from the great bass player Mike Hatton, who you can hear interviewed in series 1, here. 'Everything Changes' is included in his excellent 2019 album 'Bassic Salvation'. Follow the album link for more :-)


Published to date in Series 2


If  you subscribe to the podcast on any podcast host, you'll get each new release automatically a few hours before the official release.

Posted by Radio To Go at 11:44 No comments: Links to this post

A Life In Music: Brian Travers of UB40

Travers undaunted. That sums it up... 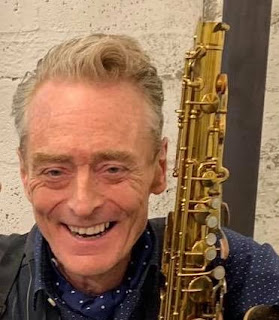 Some 40 plus years back, at the old BRMB, when I was the rock DJ, I booked a session with UB40. It was a custom advance mix of six of the tracks that later saw the light of day on UB40's first album, Signing Off.

It was by far the most successful session I'd ever set up. It was the only session that generated calls from listeners before I'd even played a track.

Coming up to the present date, in the past year, UB40 Sax man and chief Brummie about town, Brian Travers has had to step back from the band for health reasons. These are are covered in the podcast. It's not pretty. However, Brian did reappear on stage with the band at the end of 2019 at their hometown concert. It was a very emotional moment.

This is a companion post to my Lives in Music podcast, featuring Brian.You can download it here, or scroll down to stream it from the bottom of this  page.

But there's a lot more. Brian's devoted a ridiculous amount of energy to raise funds for the doctors, medical staff and the medical facilities which pulled him though. The next step might be his own foundation.

When something as drastic as Brian's condition steps up and slaps you across the face, you realise, possibly for the first time, that there's a limited time left for you to do things. Brian has taken this as a personal cue to work on a massive range of projects, while awaiting clearance to get back with the band on a more regular basis. You'll hear about some of this.

But you'll also hear a stream of stories. And Brian is nothing if not a master story-teller. It was a joy to sit down with him and swap anecdotes, talk music... and life.

The intro and outro music in this series comes from the great bass player Mike Hatton, who you can hear interviewed in series 1, here. 'Everything Changes' is included in his excellent 2019 album 'Bassic Salvation'. Follow the album link for more :-)

Published to date in Series 2

Subscribe to the Podcast through your podcast app to automatically download each episode to your chosen device. These will then land with you first, before everyone else hears about it.
If you subscribe to the Radio To Go/Lives in Music mailing list, you'll get email updates each time a blog post or podcast episode is published.