A conversation With Music: Gordon Giltrap.

This week, I'm thinking guitars and guitarists. Especially those with a few miles on the clock. 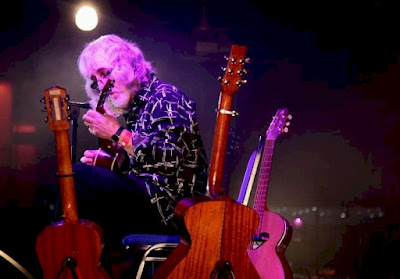 I was at a gig last week, packed with music veterans. Among them, the great guitar player Tony Kelsey, who, along with fellow muso Matt Worley, has criss-crossed the country collecting superstar guitarist signatures on a Fender, soon to be auctioned, to benefit Jerry Donahue: that particular story is here. There's hardly any room left on the guitar for more famous names. I came away thinking... guitar.

Guitarists. Skills. Seems to be a good combination.


Guitarists just seem to carry on longer than many in rock. The Guardian just ran a review listing the many incarnations of 70s prog-rockers Yes, all of whom tour; it's not just UB40 who have a bad case of multiple fractious identities. The last sentence was key:

“Arguments still rage about which band is really Yes, but with 70-year-old guitarist (Steve) Howe’s virtuosity undimmed... these time-served warriors are surely entitled to a few more moments in the sun.”

So, the incredibly ancient Steve Howe still struts his stuff. Good luck to him.


The joy of watching skills honed over a lifetime


I take huge pleasure in watching veteran musos still at the top of their game. It's long been said that the very act of playing music is good for you, and I believe that. Of course, you need to avoid rock and roll excess, and factor in the sheer physical strain of, say, strapping a plank of wood across your shoulders for half a century.

But it's heartening to see so many of the musos I know from back in the day, still spry, still up for it, still savvy, and still, above all, thoroughly enjoying their craft.


A reunion forty years on 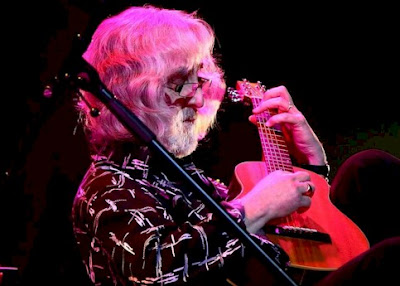 And that brings me to the newest radio show I've been working on. In 1976, as a young rock DJ at the old BRMB, I was very taken with an album from Gordon Giltrap. Again, I invite you to look him up if you're under 40. We met when he did the radio circuit to plug his album; it was a nice interview.

A few years later, Gordon hit pay-dirt with 'Heartsong', which he still plays. That paydirt got richer still when the song was chosen to be the theme tune for BBC TV's Holiday programme.

And late last year, we met up again. Gordon's still here, and happy to be here too. He's still spry, as nimble-fingered as always, and as positive as ever. I went to his house to for what turned out to be a long and very convivial chat. Gordon is a man with stories: he has extraordinary tales of the UK 60s folk scene, when, starting as a fresh-faced 18 year old, he met, befriended, played and collaborated with some of the giants of the UK folk revival.


Now, every so often, I've been lucky to conduct an interview with a musician, who in between the chat, will sing and play right there in the studio. I did one a few years back with Brum favourites Steve Gibbons and John Caswell; another with Steve Ajao and Dave Wakelin. They were lovely shows to do, recorded under studio conditions, and if you are interested, Brum Radio has both on its listen-again page, here and here.

I love this kind of show. I've long wanted to do more. But of course, you need the right elements. Those are: favourable recording conditions, a musician of stature and experience, who can, and will, switch seamlessly between story telling and playing, ideally as naturally as if you were simply having a conversation. I'm thinking fondly of some rather fine pub nights in Killaloe in the West of Ireland, some 16 years back. Music conversations flowed and sang across the room.


But you know what? Those elements all came together when I sat down with Gordon Giltrap. Gordon rolled out some great stories, and the cherry on the cake was that he was happy to break out his guitars, talk about them, discuss structure and technique, and above all play some stunning stuff. It was thrilling to sit three feet away from a great virtuoso, watching him play, really close up. I was very lucky.

So now, after some careful assembly work, you can hear the results. It is, indeed, a conversation with music. I haven't made this as a DJ show, with in-show intros for every piece of music; Gordon's live work is front and centre in the show, but on top of this absolute luxury, there are snatches of music from influential stars of the day as they came up in the conversation.

If you know all of these pieces, you're probably over 40 years old. If you don't, I list them at the end of the show. And when the show goes on to listen-again, as it will after its two Brum Radio airings, every detail will come up on your player as it happens.

That's why it's a conversation with music. Listen online right here...

Posted by Radio To Go at 11:29 No comments: Links to this post

It's been two years now, two years and some weeks,  since we lost Paul Murphy. 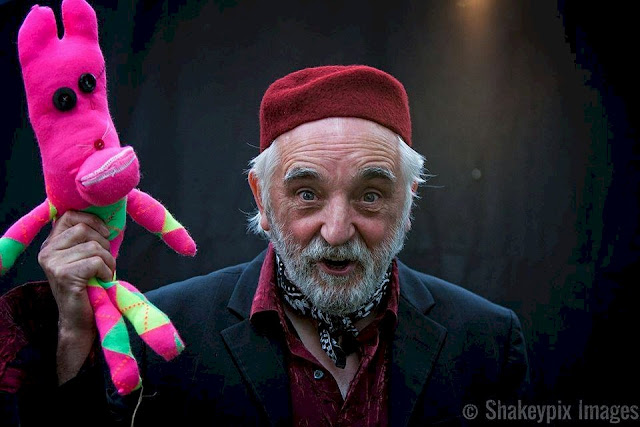 Nick James - you may know him as Ragman Jones - has been putting out songs since I don't know when; I've been listening for maybe ten years. Just recently, he did something very special, putting up a MixCloud file of a session recorded with Paul Murphy, shortly before he died. These songs - and the chat, never forget the Murphy chat - must be one of the last things Paul committed to tape: rare, and very precious. 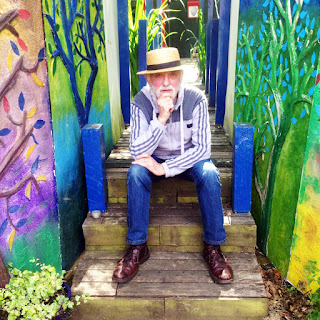 The songs are typical Murphy: clear, direct melodies to carry complex subject matter, with beautiful lyrical invention. Just Paul's voice, his guitar and some judicious augmentation with banjo and xylophone. Then there's the stories and chit chat to enrich the experience. It sounds like it was done in Paul's kitchen, with a bit of reverb off the flagstones, and the hiss of the kettle.

I got that prickle in my eyes...

All credit to Nick: it's magnificent listening. Sure and the levels from song to chat are a bit uneven, but it captures Paul in a way that I tried many a time to do, and never quite succeeded. Nick caught the stories on his phone:


"My involvement was firstly being around and allowing Paul to feel comfortable. I did take a lot of time thinking about how to turn the recordings into something that began to capture the essence of Paul's intent. And the stories - well, for that, I left my phone recording. We were recording conventionally anyway. The phone remained in record mode for almost the whole time. It was initially to create a reverb/echo room mic sound, but when I realised it had been on while we were chatting between songs, I left it running. I thought it would be good to capture 'story telling Paul' and it worked well because he didn't know... So that was part luck and part knowing it would be forgotten about."

Well, what a great thing to do. It also eclipses my botched attempts to do the same sort of thing. Paul and I spent hours and hours plotting and exploring, sometimes with the recorders running, more often not. But I never got anything like Nick's recording. I am so impressed, and so pleased that it's seen the light of day. 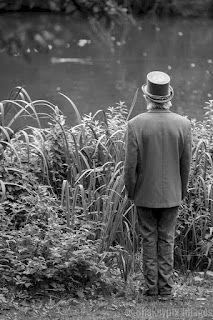 Paul Murphy's magic was his positivity and endless enthusiasm, and that combination of evocative songs and fountains of fantastical story-telling. This is how he worked best: relaxed, happy, expansive and hugely, poetically, articulate. He always had the ability to expand and improvise, to work the most unlikely material into something special. That, too, was what made his Songwriters Cafe sessions of a warm summer's evening so magical. Almost up to his death he was exploring, questing, encouraging, writing and planning.

There was always so much to talk about. Paul and I asked 'what if...?', over and over again, across a vast range of possibilities. Possibilities is the key word here. Nothing was impossible round Paul.

Thank you, Nick! The plan is to get this material out as widely as possible, to those who would appreciate listening to Paul one more time. I'm pleased and honoured to lend a hand. So check these links...

There's lots more Ragman Jones on his website, including a download of the above.
In 2016, I did a Paul Murphy audio tribute when I heard the news. It's Brum Radio's most-listened to item.
Photos: Richard Shakespeare (top, bottom); Ragman Jones (middle).
And check out this Songwriters Cafe blog post from 2012. Behind the scenes with Paul and the Aubergines.... 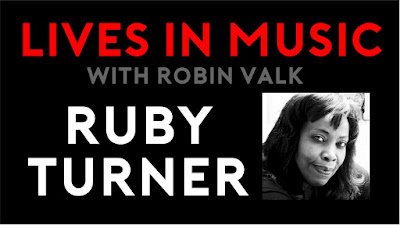