Radio's easy, right? The hell it is. Here's how it is for indie producers 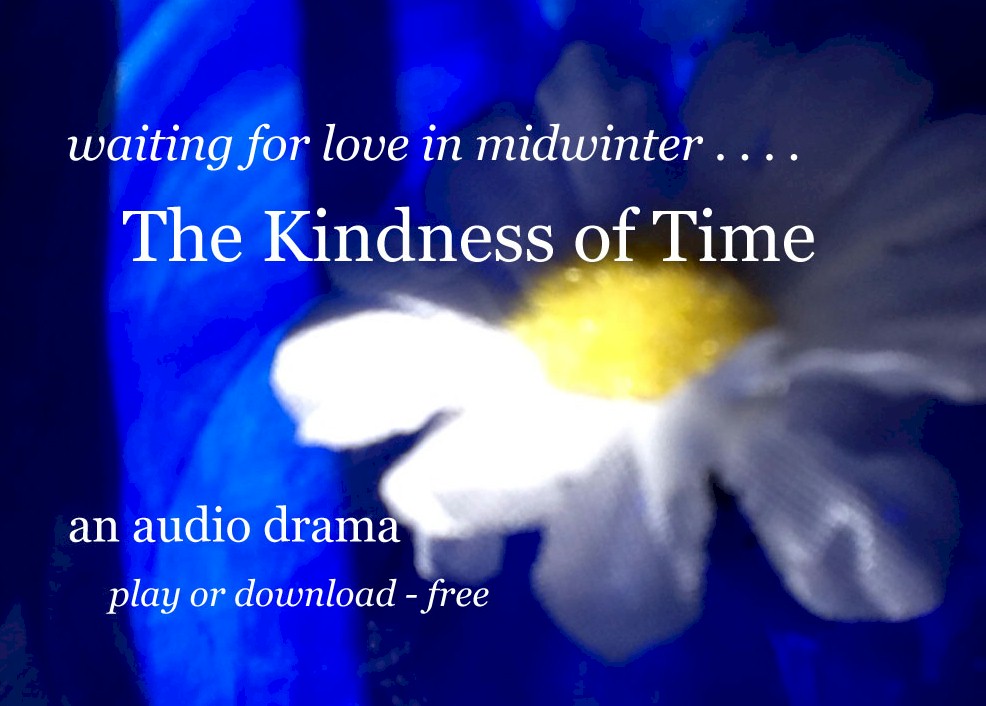 I write a lot about the creative and financial struggles of musicians; there are amazing stories of invention and diligence, triumph and adversity. It's stuff to be proud of.

Musicians may be working under adverse conditions (see this illuminating link), but equipment and production costs are now relatively affordable. The music sector at least has a broad-ish market to pitch in – from playing on the street to self-marketed CDs to sell at gigs, to crowdfunding, to 'regular' gigs, to synchronisation, record deals and more.

Now consider the equivalent landscape for radio. It's not pretty. There's massive contraction in the commercial sector. The BBC is continually on the defensive, its funding under increasing pressure from a hostile government. Community stations are falling by the wayside. Online radio mainly earns tiny audiences, frequently because the online stations are more interested in themselves than their audiences. Podcasts work best when they are fronted by existing star names. And the new young broadcast stars are on YouTube - they're not coming back to radio.

So... what if you are an independent producer, working outside these sectors? How do you make it pay? There is one market, and one only: the 25% of output that the BBC devotes to indies. It is fiercely competitive. To work in this field calls for regular pitching visits to London. It has to be London: there's nobody left in the Midlands with any responsibility for commissioning programmes. There are no decisions made up here, no plan to review local talent - and that's yet another way the BBC is losing out.

Now let's ramp up the producer pressure still further, and look at radio drama. There are just two small areas within that single BBC market: Radios 3 and 4.

Radio drama is an acquired taste. The more complex the work, the more interesting the message, the more you have to really listen. But the priceless advantage of radio drama is it lets you tell stories. Outlandish or intimate, radio lends itself perfectly. And you don't need cgi to do something imaginative and weird. Try this... 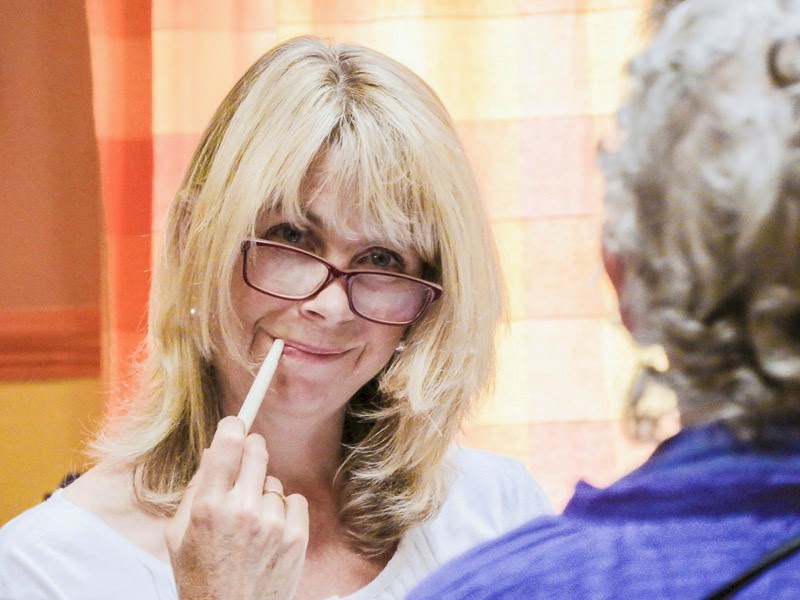 So hats off to a former colleague of mine, Rosie Boulton, who has simply gone ahead and produced a deluxe, positive hour of beautifully crafted audio drama, The Kindness Of Time, without waiting for the nod from the high and mighty at Broadcasting House. For full disclosure, I should add that I play a small part in her work. Doing it was a lot of fun.

Rosie thinks she is right in saying that she is the only speech radio producer working in the Midlands for Radio 4. And when we say Midlands, that's Shropshire to Nottinghamshire, Derby to Gloucester. That simply doesn't stack up in terms of representing the country or trying to grow talent. It's another example of how the BBC washes its hands of Midlands talent, while helping itself to Midlands license fees. I've touched on this before. It's dishonourable and disrespectful, and the corporation should hang its head in shame.

Today, Sunday 30th, is the online launch day. I asked Rosie how the project evolved.

“I went to hear a wonderful choir - Stream Of Sound. I'm quite an old cynical music producer, and I found myself with tears running down my face. And I thought that was a bit odd. I went to hear them again and the same thing happened. So I got in touch and asked them 'can we do something together?' They said yes, but that was as far as we got - for a while."

What's different about Stream Of Sound?

“They're a Midlands-based youth folk chorus. They find and arrange, mostly, English Folk music. Mostly in 4-part harmony. The. combination of Folk, in harmony, sung by young people, does something. For me, anyway...

“The thought sat with me for a while. Then I went to see two writer friends. Deirdre Burton and Tom Davis. They live in Moseley, they write all the time, and they put plays on for the pleasure of it. Their plays are exquisite. So we teamed up, planned, talked, and they wrote. Then I cast it.”

“It's a radio - sorry, audio - drama. About waiting for love to appear in midwinter. It's available online to listen to, for free. And you can download it. We're launching it today, in time for advent. It's a play for the run up to Christmas.”

You say waiting for love in midwinter, but you're also tying it in with Advent. So has it got a specific religious message?

“I would say it has a spiritual message. It is not specifically tied to the Christian story; it is tied to values which are universal”

This is a complex hour-long affair. How did you fund it? You used professional actors, a decent studio, proper recording engineers...

“I won an award, last year, and that gave me a pot of money to get the play made. It was the Sanford St Martin award, for religious broadcasting. It was for a radio documentary about someone in a coma, and what he remembered when he came out of the coma. It went out on Radio 4. That gave us a pot of money to get started. The writers and some of the cast didn't want to be paid, but it mean I could cover travel costs and a lot of other things.

“I don't want to spend five years waiting for permission from somebody sitting in London with a pot of money in order to do what I really want to do.”

“I wanted to see what you can do with limited or no resources. What is possible, and what is not? I produced it to BBC tech standards, so it could easily go out on the BBC, if that was its purpose. But that's not its purpose, at the moment.”

After decades at the BBC, gathering award after award, largely for work for Radios 3 and 4, Rosie Boulton has joined the exodus of talented staffers – whether willingly or not, I can't say; I didn't ask. Bolstered by a very solid reputation, she has managed to land some work as an indie, and there is the promise of more to come. But it's not easy.

“I've been very fortunate in that I picked up some bread and butter work when I left the BBC, and that's kept me going. (Something Understood from Whistledown Productions for Radio 40. I've just sold a series to go out next summer. But ans an independent producer, it's incredibly difficult.”

Do you as a producer, retain the rights to your work, like musicians theoretically do? If it is syndicated, do you get a slice?

“No. But a more fundamental problem which affects all independent producers is tat the BBC commissions 75 percent of its output internally and 25 percent externally. It means my ideas have to be three times as good as any idea that is pitched inside. The number of programmes that are being commissioned outside is absolutely tiny. That is the problem, and I hope that this is starting to shift. But as I said, it is incredibly difficult, and I wouldn't advise anybody to do it at the moment."

Are you working harder as an indie?

"I'm much hungrier, much more fired up. I'm always excited about programmes. It;'s sometimes more difficult to stay fired up about programmes within a big organisation running on long lead times. But I'm enjoying that a lot more.”

The Kindness Of Time has been in production for a year and more. It grew from the desire, to just go ahead and do something. But this something cost money as well as time. Studios, recording engineers, principal actors, catering and travel, all had to be paid for. But the play itself is coming to you, online, for free. And if a community station wants to relay it, Rose is open to the idea.

“I've drawn up the contracts with the actors in such a way that this can happen. It's perfectly possible. It was part of my thoughts. We do want to get heard. We wanted to make something that makes you feel fantastic. That was the motivating force behind this."

Musicians don't play music to make squillions. They play because they love it, and often they pay for the privilege. Similarly, you don't go into radio to get rich. You do it because you love it. Radio is a medium that has been ill-served in recent years. It has been battered by the web, and it has seemingly lost the ability to attract new, young, listeners. There are people, like Rosie, in all branches of the arts who do great work for the love of it. I think that;s why I like and admire musicians so much – there's that need for craft, performance and magic.

And radio, still, has the priceless ability to spin images out of thin air, to celebrate wordsmithery, to captivate and enchant with story telling and to blend all this with wondrous music. That's exactly what's going on here. Rosie Boulton's production is now streaming live.


See more posts on broadcasting on Radio To Go