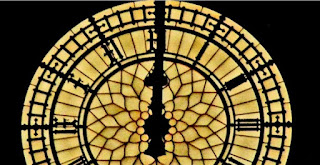 Something had to give.

A bit of a challenge. For the family.


I've talked about this with colleagues who also worked those hours; Lates is not the best shift in the world. But compensation comes from night time listeners who are fantastic and engaged, because they're not doing daytime stuff.

On the personal side, it's a bust. You need to be in good shape. You miss all the best telly, and most of the live shows. You lose those nights out with your mates, because you're busy prepping your show. It helps to start sober, because you're going to be feeling rough later. When you get home, wired, it takes an hour to relax enough to go to sleep. That's not counting the pressure you place on your partners and loved ones, because it's hard not to wake them up when you get home. And then they have to tiptoe round the place in the morning while you try to catch up on some sleep.

I'm not complaining. Those late shows were one of the best things that ever happened to me. Here's why:

Wait till the Midnight Hour 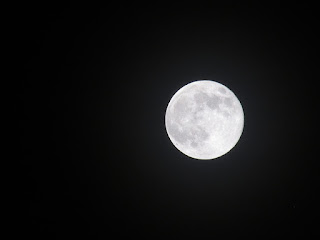 I kicked off at 10pm, running pretty much a straight ahead Rock show for two hours: a wide music mix, with interviews and stories, but mixing in a bit more jazz and groove than before. Then midnight rolled around.

This was the time of seriously long news bulletins. Amazingly, BRMB Radio ran a ten minute midnight bulletin, which, of course, was a perfect time to switch off and go to bed.

What to do? There was no way I was going to persuade management to revert to a shorter bulletin. The only thing I could think of was to dream up some sort of competition that would keep people listening as long as I could past midnight.

I leaned on colleagues for advice. It had to be slow-burn; the reveal had to come before 1am, not later. The prize? Something nobody could get anywhere else.

Out of that evolved Midnight Muso. I would come out of the news with a short tune, and fire off three clues about a musician. Guess the muso, call in for the prize. I would take four calls, selected not to win immediately, and play another record, and repeat until we got a winner, preferably at five minutes to the end of the hour, with, preferably time to play a song from the muso.

Red herring number one: I never revealed, at least to start with, what sex the muso was. People always assumed it was a bloke, every time.

Red herring number two: dead or alive? I never said, at least to to start.

For the first time, I wound up chatting on air with listeners, and it did me the world of good. I got a much clearer idea of who was listening – or at least those listeners who would run downstairs to their phone (wired, no mobiles, remember) to call me. I talked. I was communicating instead of pontificating.

As I got more confident, I stretched the range: Duke Ellington, frankly obscure types and local musos, classical names like Simon Rattle and Vivaldi all appeared. And glory be, someone in the audience always got it right. There I was, thinking I had a pop-rock audience. Like hell I did. It was past midnight, and interesting people were out there, checking me out and second-guessing me.

The prize? A sheet of mock-antique paper, serving as a certificate of the listener's savvy, signed and dated by me. We didn't even mail it out in a nice tube; it went out in a large envelope.

Hi? Midnight Muso? That's me you're talking about, isn't it?

A particularly fine moment: I had picked UB40's Brian Travers as the muso for the night. Who should call up to tell me that he was my subject? Yup, Mr Travers. I wonder if he still has the prize certificate?

Midnight Muso ran for a couple years, until I came off Lates and moved upstairs to handle station music. But that silly idea was addictive, like all good radio competitions. It produced listening figures that any local station would kill for in these very different times.That was then; now we have a whole different attitude, and a totally changed listening landscape. But I'm quite sure that late night listeners are still the trickiest, and the best.

If you ever played a part in Midnight Muso, I owe you a debt of gratitude. Thank you. 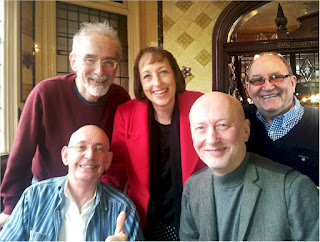 I'm telling these stories now because they're too good not to tell. I've been doing research and up they all come.

The next thing is a BRMB Nostalgia benefit night at the Kitchen Garden Cafe This Thursday, 24th of May, where I am joining Les Ross, Tom Ross, John Slater and Jenny Wilkes to recall the old days of that long-gone radio station, and raise a bit of money to honor Ed Doolan, with proceeds going to his Memorial Trust and Alzheimers Research. It would be lovely to see you there. Get advance tickets here.

I loved doing weekend overnights on Nightbeat across the Midlands but can relate to the downsides. I was living next door to a newsagent’s and shortly after arriving home in the morning to sleep, a stream of cars and people would arrive outside my house, collecting newspapers etc.