The same, not the same. Horace Panter, the Specials after John Bradbury, and more

The many bands of Sir Horace Gentleman 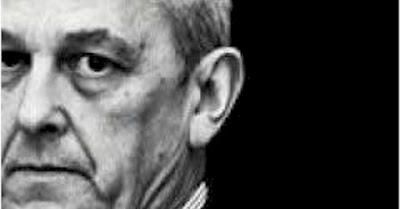 Next month, the man who plays bass with the Specials, founder member Horace Panter, brings his latest project to Birmingham. This is his fourth band. Not sequentially mind – they all run pretty much at the same time.

The trick is: Horace is now... going Country. That's in addition to a Blues outfit and a very purist Ska operation. Oh, and the Specials. Not bad going for a kid who bumped into Jerry Dammers at Art School in Kettering.

Horace: I work in the Specials. That's the main gig. We are touring this autumn. The US first, UK and Europe afterwards.

That's all very well, but I like to be busy. So I've got this little band, Blues to Go. We work in Coventry and Warwickshire. We once went as far north as Burton on Trent, and as far south as Cheltenham. But we didn't like it - we like to keep local. And I've also got a traditional ska band. Lot of guys from the Specials, and guys who used to play with Laurel Aitken. That's ever so good. The Uptown Ska Collective. That plays out from time to time.


Maybe half a dozen gigs this year, which is more than we had last year.

And I've spend the past six months working up a Country outfit, with people who do weddings and functions, but who really like Country music. So it's a kind of guilty pleasure. These people are really quite good. Three singers, a pedal steel player from Derby who comes down to Coventry to rehearse each week. The Band's called Honky Tonk Rose.

You're doing this for love, aren't you?


But you can't just subsidise it?

I don't pay to play, if that's what you mean. But as long as a show can pay for itself. And we just about do that.

Horace is in an enviable position. He has both wisely salted away income from his early days with the Specials, and he has been instrumental in keeping them viable as a touring operation. So they continue to earn decent money from regular world wide tours.

Other bands aside, you are always going to be The Bloke From The Specials

Yes, When I die, my gravestone won't say 'Horace Panter: he was a good Art Teacher', or 'He drove a good white van'. It will be 'Horace Panter, Bass Player in The Specials'.


Can I ask you, while we are in Specials territory, how the band is going to go about replacing John Bradbury?

Appalling. Two days after Christmas. Bang. Heart Attack. We got together in this numbed state, two days before the funeral and asked ourselves 'what should we do?' But, hell, if it was me, I'd have wanted the band to carry on. We'd had a tour booked already, for several months. So it was 'let's carry on'. And I hope we have his family's blessing.


What about the task of putting a new rhythm section together? You and Brad...

Yes, but it's the Specials, and it's reggae, so everyone's the rhythm section! The keyboard player, the rhythm guitar, the horns. But he was the lynchpin of the sound. So it's going to be the same, but it's going to sound different.


You have a drummer to tour with?

We do. Gary Powell from the Libertines, who has worked with Eddy Grant. So he has the chops. But it's going to be different. We had the same thing when Roddy the guitar player quit. So we got Steve Cradock from Paul Weller's band (and Ocean Colour Scene) – this was in 2014. It was a case of asking him to be Steve Cradock... but in the Specials. And it worked fabulously well. Se we sounded different, but we still sounded great. So with that in mind, I'm optimistic.

I personally can't think of any band of any longevity that hasn't changed personnel down the years. Well, apart from U2. And even then, when they tour, they have the option of working with a cohort of back up musos.

Me, I'm rather looking forward to seeing what Horace will do with his country project. The man has huge knowledge and terrific taste, and he brings great love for music to all his projects.