You're in the studio at last after all these years. What now?

You know the songs, backwards. What happens when you go in the studio to record? Here's two different worlds with quite a lot in common.

I've been talking recording a lot recently. Last month, Chris Cleverley, an astonishingly talented and inventive singer-songwriter, wrapped up his first album; we talked about the process. If you've haven't seen seen Chris yet, by the way, go. Soon.

Last week, I took tea with Ruby Turner, who is fresh from laying down vocals fronting Jools Holland's R and B orchestra. She's done over 15 albums of her own; she's a featured vocalist with Holland; she's guested everywhere. Ruby hasn't so much bought the t-shirt as designed the damn thing. So I asked her about the recording process too.

Two very different perspectives: tyro and veteran. I wondered if they had anything in common. Turns out they do. 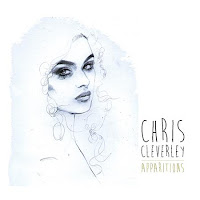 Chris' first album, Apparitions, is out in a matter weeks. Ruby's may appear next year; plans haven't firmed up yet. I really hope it does - I love hearing Ruby with a big band.

Albums have a fascinating history. Their function and purpose has changed in this century: the thinking is that you generally don't make money from an album. It's there as a promotional tool. The bigger the act the more this holds true. That said, there are snags. Brian Travers estimates that the moment UB40 put out a CD, they lose 250,000 sales, instantly, to torrent sites. That's the lot of pretty much any act with significant global impact. UB40 are in that league, and, ironically, are suffering for it.


But direct album sales at gigs? That's a different matter. The artist has a lot more control - and keeps a lot more cash. .

The stronger the live presence, the better the connection between artist and audience, the more significant album sales revenue becomes: selling ten or twenty albums at a gig can make a serious difference to what an new act might take home. That matters to someone like Chris who plays intimate venues. With Ruby, the merchandise stall lets her sell her own albums along with the Jools Holland CDs, as she tours with Holland. His large and appreciative audiences often take a souvenir of the gig home with them. So, a common thread.

And what you put on the album, how close you stay to the songs you've built up and perfected, is another. Chris's album is a perfect test case. He has a great ability to wind up tension in a song structure until you're almost falling over, waiting for him to resolve things.

Chris: I'm glad that comes across. It's something I've fought for: becoming less inhibited as a performer, and getting more dynamic variation as I get less inhibited. Having the confidence to take it down in the quieter bits, and then building it up and building it up until you get a crescendo.

I love seeing how that works live, with an audience. But how does that translate to an album? With your album you've had the chance to arrange, to develop, to manipulate. You can do stuff in the studio that you can't do live. But that can be tricky, can't it? Stepping away from the nature of the original songs - that you've developed for years?


That was a constant battle. A mental battle throughout the recording process. In a way I wanted to have an album that was very representative of my live sound. But my sound is just guitar and voice! But I had these beautifully recorded versions of the songs – the engineer I use is wonderful, Paul Johnson - but in listening to them it seems I wanted to have something more. So I went through the addictive process of adding layers and layers. I had some brilliant musicians to work with from the Birmingham scene, and we went through a collaborative process of building up the parts. I think it was a very good decision to turn it into a band album, rather than a solo album.


It's a different medium. I'm interested in the connection between your live presence, where the songs come from. Because often first albums wind up going horribly astray, and can mis-represent the artist. Happens a lot in rock...

It's my debut album. That's very much a new experience for me. Over-doing the songs is an interesting area. There were a number of parts that we just stripped out when it came to the mix. Things like vocal harmonies, other instrumentation too. I wanted the band sound, yes, but mis-representation is the perfect word. I was conscious that that could be happening. You get so focussed on every minor detail that you can lose sight of the bigger picture.

Meantime, over in the Ruby Turner camp, they've been laying down songs Ruby has worked on with Jools Holland for ever, for a possible 2016 album. Ruby thinks there's about 27 of them.


Ruby: My last album was released in about 2014 – sold well, really pleased with it, sells well at the gigs and so on. Two months ago, I put out a second single from the album which is great for me. Both singles made the Radio 2 playlist. Incredible to get airplay from my own efforts at last. Fantastic – but exhausting. That's how it is when you do your own album.

So I get this call to record from Jools. He was saying people love what we do, and they particularly like what you do when we do the gospel thing...

Hey, Ruby, I'm in that club. I did a whole blog post on just one of your songs...

… and I said OK. I've got the list of songs.In fact we've actually got about two album's worth of material. Some stonking songs. 'Nobody But You', 'Blowing In The Wind'...


So all of this is material that you have honed and polished over years and years? All stuff that Jools Holland's audience has seen you deliver?.

Oh yes. All stuff I've done with the big band. Quite a lot of songs. And when it comes to recording, the advantage was that we know them. The band knows them, I know them, so I could just go with it. That's what Jools does a lot. We'll find songs in the summer. We'll work them, We'll see how they sit. And come January we'll lay them down. It flows, and it's easy, cos we've done the groundwork. With new songs – there's one Jools and I wrote, and we've only done it live about three times - things take shape when you play the song. So we don't know about that one yet.

If you go in knowing what you want to, surely it runs smoother?

We can tour for about six month each year. We can hammer out stuff and know if it works. Jools said the reaction of the audience tells you what we got. They're our A and;R people! You know, I've been that artist that went in and recorded stuff than never worked.

But your last two albums have done good.

Maybe cos I adopted the same principle. I worked the songs with the band, and then I recorded them. And it shaped the way I did things. I've got years on the clock. Young people just starting out haven't always worked their material before they get the deal.


I'm hoping there's going to be a 'Jools with Ruby' album. It's only right and fair. We'll see. Chris Cleverley's album comes out in a matter of days.

In fact, both Chris and Ruby illustrate the pitfalls of the studio. Things can change shape and direction in the middle of recording, and the risk, as Chris pointed out so well, is that you lose the vision that has powered you into the studio. It's a question of perspective and knowing what you want to do. I think that's why a lot of first albums do well – the band or the act has had years and years of gigs to get to the point where they can commit their live act to tape. The trick, as both Ruby and Chris point out, is to hold fast to your vision when you go in to the studio.