Open Mic nights - a most variable feast. You should go.

The historic Fiddle and Bone and the very new Dark Horse: two ways to do Open Mic. Why not try both? 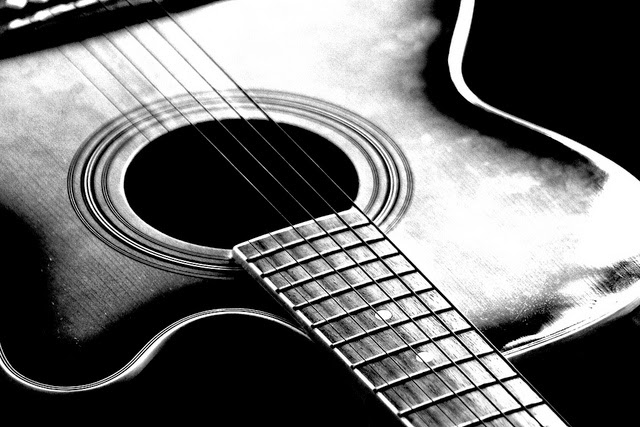 It's around eight o'clock on a sunny Tuesday evening on Sheepcote Street in Birmingham centre. Things are warming up as Richard Heath sets up the PA for his new Open Mic night at the Fiddle and Bone.

This is a Very Good Thing. Music is back at the Fiddle and Bone. The place was set up first and foremost as a music venue. Now it's back after over a decade, hosting live music the way it used to. We've regained a city centre music venue.

Its closure followed an unpleasant episode of noise complaints from newly arrived flat-dwellers. Noise complaints still dog local venues; efforts to get the city to grasp this nettle have met with silence and evasion. The Fiddle and Bone's case caused particular rancour, and dark rumours still circulate.But that was then...

...and now, in 2015, here we are. Richard Heath is a veteran of the local band scene, and his new project is at the Fiddle and Bone.


Richard: I've been playing since I was ten. Drums. Played with all sorts. Went pro at 18 with Strap On Jack, who turned into True Grit. Ended up with Mack and The Boys, who turned into the Bushburys. Then I branched out into mandolin and ukelele, and did the skiffle thing with the Gravelly Hillbillies. Great nights.

Now I play with the Clarksville Mountain Band. I do stuff on my own, play in a couple of duos...

That's what experienced musos seem to do – lots of different line-ups and different gigs.


Richard: Well, you have to, don't you? To pay all the bills!

The Fiddle and Bone: back in business

And Richard's Open Mic night is encouraged by the affable owners, Earl and Toni Whiteman.


Earl: This is a different operation from what went before: it's a boatyard and pub now, as well as a music pub. We've moved our boatyard operation on to the waterside frontage, knocked down the big wall that hid the place from the canal.

So is it more about music, or boats? Not that I have a problem with that, you understand...

Earl I was in music in Liverpool in the fifties and sixties. I roadied for Frank Knight and the Barons. We used to go to The Cavern, saw Gerry and The Pacemakers, the Swinging Blue Jeans. Not the Beatles... always missed them. I knew Brian Epstein. My school was just up the road from one of his NEMS record shops. I never bought pop records; always classical. Whenever I went in his shop Brian would tease me about it.

This place was one of the most essential music venues in Birmingham - dedicated to music-making. I'm so glad it's back. What happened, after those 12 years of inactivity?


Earl I approached the owners, the British Canal Trust, about five years ago. And here we are... We've been running since March. It's going very well. I've been helped by people like Richard. And we've had many many bands just signing up to come and play, because they enjoyed it so much when they did play here before. And they want to come again, which is amazing.

We thought about changing the name of this place, when we took it on. And I looked it up on Google. I was on about the 20th page, and there were still mentions of it. So I know how famous it was. And the support we have received, from people coming has been phenomenal.

I think that's lovely! Especially as music-making is part of a city's life and culture. Take that away, and it gets sterile.


Toni And there's a lot of talent in Birmingham. We are getting to know a few of them.

Richard It's quite hard to find places to play, in Birmingham. Certainly ones that will pay you any money to do do. So it's great the place is open. And every musician I know that used to play here is so happy to come back.

I was checking the Facebook chats you've been having about slots for your Open Mic night, and there's some heavyweight names getting in touch. As you're booking the slots, is your phone busy?


Richard It is, actually. But you never have a fixed night. Every night can be different. Right now, we're building things up. We'll have some old hands, but you might also get some new people just starting up. Where else would people get that experience?

Earl We do have a special clientele. Not what you might see on Broad Street. And a terrific amount of them were regulars at the old place.


Open Mic nights: a whole world of custom and practice

Open Mic nights are curious beasts. The guiding principle is that anyone can book themselves a slot, and come and play, to a live crowd. At its most basic, it's a platform for people to step out and get a feel for playing live to a welcoming, lots of them fellow performers, who are usually very supportive. But it can be a lot more than that, depending on the host and his or her contacts. There is a huge range on offer, from free and easy to muso heaven..

Ben Drummond's monthly Tuesday sessions at the Jam House in the Jewellery Quarter are a case in point. Ben is a fabulous musician with brilliant contacts, so he pulls in pals and colleagues, all to a very high standard.

And Andy Bennett's sessions (at the Brown Lion in Hockley and elsewhere) are equally powerful. Sue Fear's Monday Muso nights at the British Legion has a shining reputation too, and in Moseley, the Dark Horse's new Wednesday nights, hosted by a rotating set of solid musicians, like Ross Lydon of 360 (see my 2012 post here) and Ryan Webb of Rhino and the Ranters (see my recent post here), is building up in a very promising way.


Structured nights at The Dark Horse

Ross and Ryan take a different, structured approach in setting up their nights at the Dark Horse. Active musicians both, they can call upon a range of people and build programmes that hang together in a more deliberate way than a typical Open Mic night. That isn't to say that they don't welcome approaches from new people - of course they do.


Ryan Webb: I do want people to feel that they can come up and have a go. But we do want to have three acts on that we know about, and two or maybe three that we're maybe don't know, but who we hope can fit.

That's pretty luxurious for a free night in a pub


Ryan: It's about the communities. We're giving musicians that we don't know a chance to showcase. Sometimes it doesn't work, sometimes it's a wonderful surprise.

Ross Lydon: I think it's working. We all know that with open mics, someone can stop it dead, and there can be too many people getting up there and just killing it. But these nights - the guys who come in to have a go will come and watch.

So you want them to check your night out first?


Ross: Yes, definitely. Come and see what the night is all about, come along, and then come back to me for a slot. Some of them have stolen the show. My new artist tonight is Lionette. She's going to blow the socks off people.

Ryan My next new artist is someone who's been around for years, but he's great. Tim and the Amazing Drumstick. He out-Beefhearts Beefheart! He's got a self-realisation that not everyone at Open Mics has - he'll do three songs 'before everyone's had enough of me'... while some people go on with one song for twenty-five minutes.

Are you worried, with your structured / curated approach, that you'll run out of acts?


Ryan: Could happen! But it's such a hotbed of talent - there'll always be new people.

Two approaches, and that's by no means all. There's spoken word, comedy and poetry in the mix too. Scroll down and you'll see a list of events, pulled together with a lot of help from several organisers; it's at the bottom of this post.

I can pretty much guarantee it will be incomplete. If I've missed your night off, please message me (there's a link at the the top of this blog page), and I'll update the list.


Bring optimism and an open mind 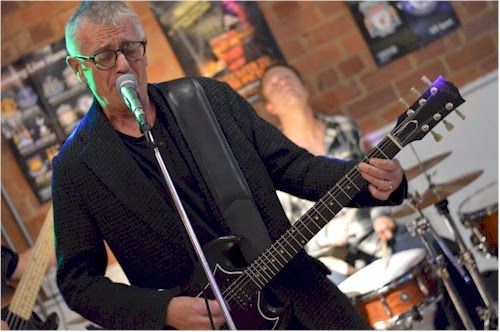 You don't know who's going to show up when you walk in the door, so it's always wise to show up hopeful, grab a pint, enjoy the performances – which, after all, you are not paying for - and hope that something special comes along. Three artists in at the Fiddle and Bone, exactly that happens, as Pete Hyde steps up, without his band The Viellards, comfortable as you please, and rattles happily through five songs, mostly original.


Pete There's a lot of people come down to work at their songs. I like to use open mics to work out my material. Because if they work acoustically, they work electrically. That's why I do it. I like to make sure I do a couple a week, just to try the songs out.

And here's one Pete tried out at the Fiddle and Bone


There's another side to all this. As more and more venues open up, often using quiet times on the weekend, or on midweek nights, the options in town for live music are growing again, That can only be good. This is grassroots stuff; but we need those grass roots, now more than ever. For the price of a pint, you can spot hot new talent, sometimes including poetry and spoken word, and catch adventurous musos putting themselves in different situations, and experimenting. And, if you take pot luck, you never know what you're going to get.

Get digging. There's treasure out there.

Note: This list is positively guaranteed to go out of date the moment it's published. Open Mic organisers, please drop me a note through the blog for updates / corrections / inclusions. Artists should follow the links to get in touch with the organisers... or go to the venue.


Other music and promoters and venues posts on Radio To Go

Great insight into the open mic scene and thanks for the heads up on all the venues!