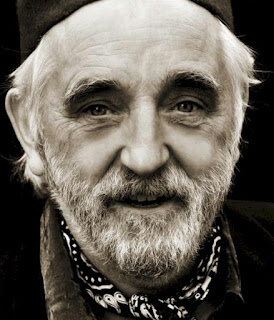 Now, a success story. Just under two weeks ago at date of this post, local author JP Watson launched a crowdfunding appeal for his Pound Project. The goal was to hit a modest target, funding printing of a short story and raising funds for a charity that supports new writing. As with many such projects, the more you put in, the sweeter the reward. JP has dreamed up some very attractive options.

Good news: JP met his £500 target in three days flat, and the project is still pulling in funds. Why? because the short story in question comes from the wonderful Paul Murphy, who left us in 2016, having made a huge mark on the cultural life of Birmingham and beyond.

There's lessons to be learned here. I chewed them over with JP last week.

Crowdfunding usually means a bright start, then an ominous slowing down of donations, and a desperate, sometimes undignified, scramble to get over the line. Some projects haven't got over that line, through vanity, lack of clarity, lack of support - or frankly stupid requests for funds.

JP Watson: "Crowdfunding is bread and butter for a lot of people. But I think those projects that look for huge targets, especially when there isn't a huge social media following to build from, are difficult. Hence my One Pound idea, the 'Small Change – One Story At A Time' tag. I want to make people see that a fiver, a tenner, makes a difference. And it does, if you're a writer trying to make your way..."


RV: There's no question that the early enthusiasm that powered Crowdfunding a while back seems to have lost impetus, certainly in the UK where times are tough and getting tougher.

JP: "I've got a lot of friends who've done crowdfunding campaigns. I've supported lots of them. I've seen huge targets where what you put in hardly has any impact. But if you set Five Hundred Pounds as a nominal target, people are almost certainly contributing to a success; I'll have failed if it doesn't get there. And if it gets past that, people are part of something successful.”

Good call. I found it refreshing to see a clear project about someone I admire and still miss today, set up with a reachable target. Clearly others feel the
same. 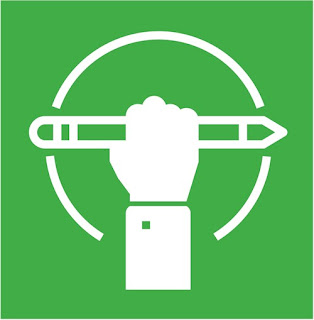 So how has the Pound Project sourced Paul Murphy's work? JP's pulled a few connections...

JP: "I went to school (Thomas Aquinus) with Alice and Dan, two of Paul's kids. Paul was a fantastic musician, and a great front man; he was an educator, and a teacher. He loved to take his ideas out of the classroom. Dan and I have discussed that, looking at different ways to reach people. Paul was a man both of Northern Ireland, and of Birmingham, and proud of it. This story touches on that.”

There's a wealth of unpublished Paul Murphy material still to emerge, all of it in the care of his family. Paul was a fireball of creativity, and his productivity seemed to accelerate in the years that I knew and worked with him, in the second incarnation of the Songwriters Cafe.

JP: "From a personal perspective, he was inspirational. Unbelievable stage presence. But I think his story-telling was the best – improvising live in the Tree House. I'm kind of devastated he's not here, to join in with what we're doing.”

Nail on the head. I cherish the memory of summer nights in Cotteridge as the evening drew to a close, with hints of woodsmoke and more hanging in the air, and a collective vibe wrapping sixty or more people in a warm embrace.

Funds generated from this project, which would normally be Author Royalties, go to a charity designated by the Murphys, The John Hewitt Society. Like Paul, Hewitt was a poet and political activist from Northern Ireland who believed in the beauty of his country. Like Paul, he believed that the arts have an essential role to play in breaking down society barriers. Like Paul, Hewitt was born in Belfast and moved to the Midlands. Like Paul, he showed a lifelong commitment to creativity and social justice. It's a lovely synergy.

This is driven though JP's baby, The Pound Project. Like Paul and The John Hewitt Society, The Pound Project aims to support new writing. JP is passionate about this. Passionate - but frustrated at how the web has both empowered and placed obstacles in front of those of us who want to create.

RV: Here's the dilemna. It's easier than ever to create. We have the tools; they're free or very cheap. You can create: write, podcast, do radio shows, record your songs. You can get then your stuff 'out there', but will anybody pay attention? That's the big challenge. It helps to have an angle, a connection, a bit of fire. 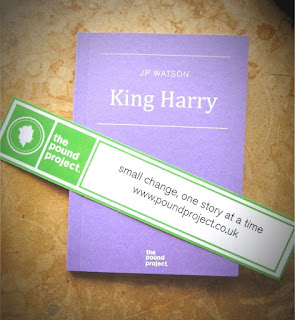 JP: "That's why each month, it's a new writer with a new energy. The essential tenet of the company is one short story, once a month, affordably. The more people who pay their pound, the better, because production costs are low. As each writer comes, we build the market. I want to produce a lovely little book, packaged nicely, ideally delivered to your door.”

JP: "That's where online comes in. For a pound, you get the story in a password-protected pdf, with an audio file. But a lot of people like to have something to hold, nicely packaged, printed on quality paper. If you've got any nous as a writer, you should feel that your work is worth something. It's a craft, it's worth something.”

Sadly, creativity is taken for granted now – it's an online commodity. It's something that lets other people make money.

The Pound Project wants to step past this with achievable targets. Project number one kicked off with a work from JP. Project number two builds on that with Paul's story. There are plans for the future. They may develop. I hope they do. In the meantime, I'm looking forward to getting my copy of Paul's story this August.

Small change, one story at a time.