A cuppa coffee with Tom Walker


A preposterously talented young guitarist, a power-packed rhythm section, and a studio with history 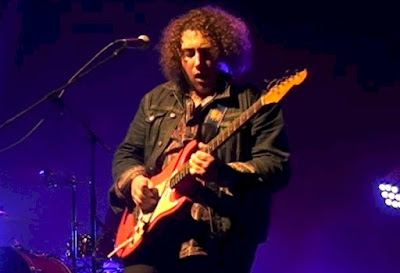 It's still cloudy, grey and wet as I climb up out of Five Ways station, drop round the corner and zig zag up to Arc Studios. Arc was set up by Bob Wilson; it's a place that's ridden a lot of changes.

Now, Arc is pretty much run by son Toby, who drums with a range of local bands. Having effectively grown up in the studio, Toby's a dab hand at production.

They're halfway through a session. Clutching mugs of coffee are Tom Walker, Deano Bass and Jim Simpson (the musician one, that is).

I give you the Tom Walker Trio, sounding excellent, as you can hear further down this post.

This is Tom's second album, but the first for this band. As often happens, much of the existing set will appear on the album. For a taster of the live set as it was in late summer of 2015, check out Tom's Brum Radio Live and Local set, laid down five months ago. Or play it at the bottom of this blog post.

A lot can happen to a set in that time. It's different in the studio, anyway.

Tom Some songs have taken over a month. Others have gone down in one take.

Toby Some of the more commercial ones have taken more time, with overdubs. And we're using different rooms in the building to get different sounds

Toby I mean radio-friendly. The album's going to have a bit of everything. It's going to have commercial tracks, others with a more immediate feel, like we just played it.


Because you've got BB King's The Thrill is Gone in your set, Tom. That's brilliant, but completely commercial. I loved it on first hearing; only found out years later that someone had dubbed strings onto it, which changed it from a straight slow blues to something very catching and unique. Are you going down that path?

Tom Listen to the start of this...


Tom Walker - Human Nature by Robin Valk on hearthis.at
This track is - temporarily - posted here with the kind permission of Tom and Toby


Toby, I used to come down here a lot to work with your old man – sessions, commercials and commentary work. But I get the feeling that you've given it a bit of a shove – new kit and all that?

Toby Yes. New kit. But we've still got analogue multi-track reel to reel. We get a lot of live bands who want the sound we can get.

Good to hear. It's been tough on studios recently, with the big places closing down and lots of people working in their bedrooms on iPads and laptops. I think the last really big studio we had in Birmingham was the old place in Pebble Mill which could hold 60 or 70 musicians.


Let's talk about the band, Tom. I know their combined ages are about five times yours...

Tom We're bound by the same groove. Really. There's nothing stopping it. The gigs are getting more exciting, no matter where we play. We're doing Ronnie Scott's In London in May, which is a terrific gig for us. The vibe in the band is getting better and better, and we're getting tighter and tighter. But we want to have event gigs in Brum now. Not to many as before, but a bit more special. Have guests up to jam as part of it all.

Deano At the Jam House probably.


So is everything worked out for the album yet?

Tom Not a chance! Me and my mate Rob were in the pub last night, and we worked out the chorus for a song we're doing today. We don't dwell on ideas. Some stuff we'll bang down – got the verse, got the chorus, go.

I know this seems odd to say, sitting as we are in a recording studio, but the industry seems to have gone back to live work more than ever.

Tom Well, we do the live stuff to promote the recordings. But saying that, we do want the best version we can physically get on record. The only way you can do that is have the right place and the right people.

Toby But what's good about Tom is he has a great producer's head as well, and he's young and hungry, which is good.

Tom We have a common vision – we both have the same sound in mind.

Deano Me and Jim, we just bash it out and go to the pub. We've just had our wedding anniversary – 25 years together on different projects!


Time to get back to work. There's that track to finish, and Deano's got another gig that evening, of course. Heading out, I find Wilson senior mixing one of his bands – he still plays in about four combos – using pro-tools on a mac in the kitchen. Old-school on the mac; nu-skool with the analogue and reel to reel.

Back in the day, Bob was one of Steve Gibbons' two amazing guitar players. The other was the exceptional Dave Carroll; they both had almost waist-length blond locks, and threw heroic shapes on stage. Bob's current concern, pumping out of the mac, is Masai Blues. They, too, sound pretty fabulous. We really do have a ton of talent in this town.

Out the door: the clouds are gone, the sun is out, the pavement's dry. It's fresh and shiny, and I've just heard rather a lot of great music.


Live and Local with Robin Valk: Tom Walker Trio (30/12/15) by Brumradio on Mixcloud

More music business and music posts on Radio To Go 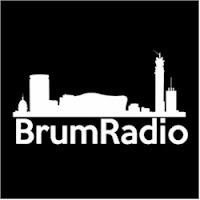 After airing, these shows can be found on Brum Radio's Mixcloud page.


All Radio To Go shows aired on Brum Radio are listed on the blog, here.