The BBC's future (well, maybe) and the Beeb right now

A weekend back, I was bantering on air with Les Ross on BBC WM, doing the Sunday newspapers. Les had returned to his first station for their 45th anniversary celebrations.

It ran very smoothly. Les was on top of his game, chatting with the newsreader, trailing down the day. It sounded great. We didn't exactly cover a lot of news; that's how it is with a presenter like Les. The vibe in the studio was terrific. A team of pros delivering effortlessly good local radio to a committed audience. It worked, really worked.

Two days later I went to a meeting run by powers rather higher up in the BBC. This was much more buttoned up, and, dare I say it, a little tortured and convoluted.

We want to hear YOUR views. Honestly. Really. Well, sort of.

It was a curious gathering. The BBC Trust – whose existence is now being questioned in government proposals – are holding earnest public discussions, nationwide, on the future of the BBC, as part of the BBC Charter review process.

I say public advisedly. Birmingham's meeting was on Tuesday of last week in the Bramall Building at Birmingham University. You didn't hear about this? Really? Funny, that. It was on their on their website, after all. You just had to know where to look. I heard about this through a pretty roundabout route.

I didn't see many members of the general public in the hall. It was largely media types, indie producers, academics and people with axes to grind. You can, if you wish, put me in that last category, and I'll come back to that.

Before I go further, we should be clear that this was not the BBC talking directly to its public; it was the Trust. The Trust exists to hold BBC management to account on behalf of license fee payers like you and me. If you want the exhaustive details on this, it's here.

That said, the meeting was moderated by a veteran and notable BBC staffer, Jane Hill, up from London for the day, and the discussion panel sported Joe Godwin, Head of BBC Birmingham, along with local arts and media luminaries. Trust Chairman Rona Fairhead presided. In her opening talk, we were told how well the BBC is received by Midland viewers and listeners; Ms Fairhead also acknowledged a lot of the major points from the floor in her summing up.

The stated point of the exercise was to discuss what we want next at the BBC as it moves into a very uncertain future. Now that the meeting has taken place, the Trust can say, hand on heart, that they held a public consultation meeting in the Midlands where opinions were voiced and acknowledged. Box ticked. 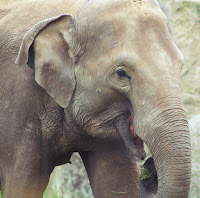 What the Trust can not say, but I certainly can, is this:

The elephant in the room is the unrelenting string of attacks on the BBC, encouraged by the government and delivered by backwoodsmen Tory MPs and a frothing right-leaning press. These last would love to see the BBC weakened and dumbed down, so they can pick off the lucrative bits while hobbling anything that looks like criticism of the status quo. The BBC is on the back foot, and understandably feeling pretty defensive about it all. I hate this; I'll come back to it later too.

For balance I should say that no government of the day, left or right, has ever been exactly happy with the BBC, but that's exactly how it should be. No politician enjoys having to explain away iffy decisions to an inquisitive and intelligent newsman in front of an audience of millions. Ironically, the most diligently aggressive BBC journos, Paxman and Humphrys, are both said to lean to the right. But they are fully aware of their obligations to the listener and viewer. A bit of robust public accountability never goes amiss.

So what actually happened? There were complaints about the lack of BAME representation in BBC output, all of which were fully acknowledged by the all-white panel. There was much intra-panel discussion, which I am afraid to say, served to fill time usefully but didn't yield a huge amount of clear insight. There was agreement that the demographic make up of the Midlands (Birmingham and Leicester were the examples), has shifted dramatically, and would continue to shift. There were complaints about the lack of possible progression for local Indie TV producers – again, acknowledged. 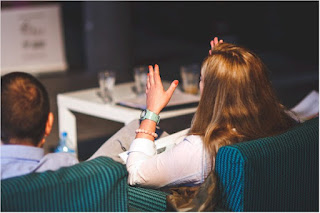 The end of the meeting lit things up a bit. Two representatives of the Campaign For Regional Broadcasting weighed in with eloquent statements of the Campaign's position: that, after all this time, the BBC had only managed to lift local expenditure from a paltry 9% of regional license fee take to around 12%, which still compares really badly with local spend in other BBC regions. The next worse off region gets 47% of its license fee spent back locally.

I've written about this quite a lot, and many local views now clearly chime with the Campaign, especially since the Birmingham Post opened up a fresh print and online front. Here's their latest piece.

These points were, again, acknowledged, if slightly wearily. Maybe some of this has sunk in. That would be good.

I had my hand up at this point, but as the Campaign's Mike Bradley delivered a caustic review of our region's woeful BBC underspend, I wound up revising my pitch. I was left with two points to make; I got one of them away.


It was this. We have some of the country's best, youngest and most diverse talent in our region. They do great stuff as cultures bump up against each other and morph into something new and different. This deserves, but does not get, national exposure. Sometimes the exposure is international – look at Swami's success in India – but those same artists can't get arrested in their own home region, let alone country. The brutally disproportionate funds flowing from the Midlands to London, highlighted by CRBM reports, rub salt in this wound. The cash outflow makes it harder to take positive programming steps.

Our world class talent is ignored because there are no network level broadcasters to see it. And sometimes it feels like the BBC will do anything, anything at all, rather than accept that this should change. Now, the BBC fails to do its duty to represent and support creativity in the UK, wherever it may be; including where it collects its biggest chunk of license fees.

The word acknowledge came up a lot in the meeting. It strikes me as odd that all this great stuff is not being acknowledged by the BBC.

So I suggested an obvious and cheap step: daily network radio shows produced from the Mailbox. Aligning with BBC Director General Tony Hall's explicit wish to put BBC Birmingham at the heart of a digital future, clear network candidates to provide the shows would be digital stations 1Xtra and 6 music.

This was acknowledged as a desirable goal, or maybe just a bright idea. I'm very pleased that it was, but that's only a tiny tiny step forward. We'll see what happens.

State radio endangered. Do we want that?


I did have a further specific point to make. I didn't get to make it.

So here goes: like everyone else who attended, I support and believe in the BBC. I have a particular perspective, having worked not just for state radio in the UK, but also in Ireland, Sweden and Hungary. You could add Gibraltar and Monaco to the list, but I'm not sure they count, even if they are state-sponsored stations.

I wanted to point out that a state broadcaster, pushed to the wall and starved of funds and resources by a hostile government, is a sorry excuse for a national media institution. I've seen how bad it can get, and I don't ever want to see that in the UK.

Funnily enough, the moment I raised the spectre of hostile government intervention, I was sharply told we were running out of time. Hmmm. So I went on to my point on Midlands talent and cultural recognition. One small step forward, several dozen back.


Then, Rona Fairhead wrapped things up. After that? We had been promised a positive and informal chit-chat afterwards: a meet and mingle with the powerful. But that didn't happen. The Londoners swept speedily yet gracefully from the hall, heading straight back down to headquarters. Ah well.

I'm left conflicted and rueful. These things are tricky: any meeting that tries to offer consultation and planning for the future against a backdrop of rapidly shrinking funds is difficult to pull off. I'm not sure the Trust quite managed it. But they can, and certainly will, say they did.

I got back home that night to an inbox full of emails and comments about Sunday morning's BBC WM shindig. At least something worked right, then. It cost beans. It was unpretentious and direct, but wholly professional, and it gave a lot of people a lot of pleasure.

Please do not, ever, tell me that these two events are totally unconnected and have nothing to do with each other. It's one BBC... isn't it?

I was probably one of the very few "members of the general public" present on Tuesday, Robin.

As a live version of Newsnight I thought Jane Hill did an excellent job what with all interested parties talking knowledgeably to each other. I followed most of it too!

As regards the West Midlands the discussion might just as well have taken place in Haywards Heath!

It was a shame you left your question until the very end as there was barely enough time to ask it never mind receive an answer!

The question I would have liked to ask concerned my 30-year-old son.

He watches Sky for Sports, Netflix for films, only American Drama (Sky again and C4), YouTube for documentaries, Twitter and Facebook for news and Spotify etc to hear music. The only time he makes use of the BBC is probably to access their excellent web-site.

What is the future relevance of the licence fee and indeed the BBC for him and thousands of his generation?

He'll be 40 at the next Charter renewal!