The Rich Bitch garage sale. Rob's slipped out the back...

There must be 50 ways to leave your studio


There's been a couple of tear-stained press pieces recently on the death of a local rock institution. Rich Bitch, the oldest rehearsal joint in Brum, is going after 34 years. The Bournbrook home from home for the likes of Sabbath and ELO reduced to rubble. The end of an era. Another slice of rock history obliterated.

But... it's not quite like that. Owner Rob Bruce is having a clear-out, but he's not quitting the business. And if you move fast, you can pick up some tasty gear for very little money indeed, as ALL the old kit - amps, keyboards, drumkits and lots more - is going, to be sold or donated. I dropped round this week. It's really strange to see the place dissolving before your eyes. 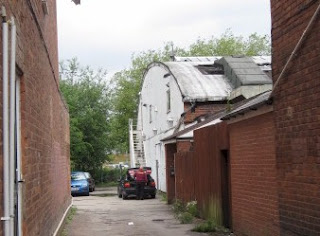 Some history: Rob Bruce moved into his current, huge, factory premises, on the north side of the Bristol Road in 1981. The road's now a B road, bypassed by a swish new dual carriageway that ducks past Birmingham University. And that's key: over the past 30 years, Birmingham, like all universities, has massively expanded its student intake. So Bournbrook and Selly Oak have morphed into Student City. Driving up the old Bristol Road at midnight on freshers week last Autumn was terrifying: hundreds of kiddywinks, up at Uni for the first time and completely off their faces, weaved off the pavement and into the road, without looking. There's a local expression: student road-kill. I can see why.


Rob Bruce: "The long term plan for this area is to get the students on this side of the Bristol Road – the side we're on now - closer to the University, and let the community re-establish itself on the other side. Because the houses and the schools are needed. Now, all the kids that come here are from outside the area. The community has vanished. So there's going to be a lot of local residential stuff going up to the south, and the plan is to keep the students closer to the University, in proper accommodation.

You can see exactly why when you approach the area along Dawlish Road, a long street of terracing running down to the Bristol Road. It's now all student lets, with letting agent signs on the walls, and many with dumped furniture - or worse - in the front gardens. It's not appealing, but students have to go somewhere, and this, so far, has been the easiest way to house them. This vast new population has led to massive pressure on property prices, as two up two down terraced houses are gobbled up and smashed into bedsits. And, as a direct result, the value of Rob's quite large studio site, hard by the University, has gone up. A lot. 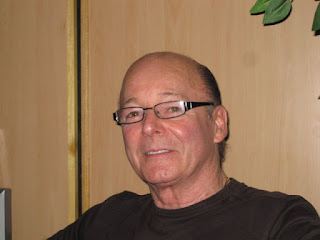 So Rob is cashing in, and moving out into a new place. He'll still be in the same neighbourhood, still with TV-ready facilities and a fully featured pro studio. And he's got a lot of old kit he doesn't need to take with him. Move quick and make him an offer.

We talked while his rather lovely two year-old shiny black German Shepherd cross Jake jumped all over me and everyone else, and men manhandled vending machines past us. The place is being dismantled around Rob's ears, and he's got decidedly mixed feelings.

But you will continue?


Rich Bitch will continue. Hopefully in Selly Oak. We're not closing, we are scaling down. I'm in negotiations now. So with luck, three months from now, we'll have another place open.


Everything's going to be brand new. All the old kit is going. It's served its time, and I'm happy to see it go to good homes. I've been thinking about this for some time. I probably was first approached about the site ten years ago. Financially, this place is such a big place to keep ticking over. A small fluctuation in trade hits you hard. We had that at the start of the recession, and I felt it very clearly. I've done all the adjustments everyone makes, but the bottom line is that we're in the leisure industry. And we're the first to suffer and the last to recover.

And tech hasn't helped, has it? A lot of your market has just evaporated,


You have to reinvent yourself, and we've done all the reinventions we could. Our studio is still busy; it's the rehearsal room business that has dropped off. And that's a bit of a double-edged sword – there's more activity now, things have picked up, but maybe bands don't rehearse as much as they used to. Costs have gone up, but you can't pass that on to people who can't afford it.

I don't think gig money has gone up in any serious way in decades. That's what I hear when I talk to people. But in terms of rehearsal spaces, there's quit a few newcomers who've opened up in Digbeth in the past ten, fifteen years. Right now, those old warehouses are cheap to rent, probably cheaper than here. Of course, that won't last.


I did have a look. Big places, but all on several stories. My new place is going to be all on one floor, for a start. Fire regulations, EU regulations all add an expense. So it's going to be easy to drive to and load in. It's going to have five rehearsal rooms, great gear, with choices... I'm giving too much away! The competition's going to be reading this!


Drop off the key, Lee


But you're in an interesting position, because you'll start with capital from your old place. And 34 years of experience. Mind you, I'm sure some of that capital's going into your pension pot, and I doubt anyone's going to begrudge you that.


I'm way past retirement age! But I'm not going to give it up. I love the music business, I just love it. When you see someone make it, who you've worked with at your place, it's a great feeling. We'll have another recording studio – always done well there, with a steady flow of clients.

Still doing well there, Rob? With the collapse of the mid-range studio market, and the rise of free multi-track mixers you can use on a laptop?


There's only so many things you can do at home, and sometimes it's good to have a two thousand pound vocal mike, and all the kit that goes with it. I get the idea that you can go home, you can programme your stuff, record at home... But I'm seeing people who want those vocals! And having a producer/engineer to give advice and help never hurts. Mixing is another thing, with professional monitoring, an experienced ear – that always helps.

Got a point there. There's a lot to be said for taking your work away from the same computer you're running Facebook and Twitter on, if you can afford it. But the other side of that coin is that you can now get started down this road for very little money.


And I'm not saying that's just the reason for top-end for recording – I think it goes for rehearsals too. I've got clients who've been with me for many many years, even generations. I still get Tony Iommi in occasionally. And Laney do stuff with him as well. The Editors come in too. And Pop Will Eat Itself, when they reformed. All the stuff we've been doing, we'll do it again in the new place. Only better.

What would you not do again?


Build on two or three floors. Now we'll have it all on one floor. With lots of parking.


And get yourself free


Chat concluded, I walked round the old place. There was still someone practising drums upstairs. One of the rehearsal rooms was packed with Marshall stacks, and well-worn drum kits. The dance studio was still set up for the Rich Bitch farewell party set that Rob and his band played on Saturday night a week back. That drummer apart, no bands were working out their material. The memories are fast evaporating. It's amazing how places lose their vibe once their function changes. This time next week, it should be empty, and hopefully Rob will have concluded his next important deal: signing on the dotted line for the next phase. As for the possible new name - that's a 21st century secret.


Contacts and old kit (while it's still there)

If you want to look over the old kit Rob is shifting, you should move fast.

More studio and music tech posts on Radio To Go

Great little article Robin. I popped in myself last week. So many memories over the last 25 years. Can't wait to see the new place. X

crazy! been going there since i was 14 lol x

Great times spent at this rehearsal studio. Good luck Rob we shared many a happy days back then. X