He still loves it, all of it. 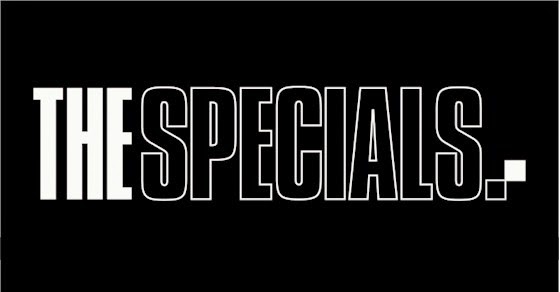 Horace Panter is great company: courteous and affable. He is hugely knowledgeable about music and musicians, both local and further afield. He plays in three and a bit bands: blues band Blues 2 Go, and straight-up ska outfit Uptown Ska Collective. And he's also working with Champion Doug Veitch, collaborating with Martin Bell, once of The Wonder Stuff.


I think I can lay claim to being the first radio DJ to play the Specials. They recorded their first ever radio session for my old station, BRMB, in 1978. We used Phil Savage's Outlaw Sound studios, at the top of Broad Street in Birmingham. The place is long gone now. The session was a hasty affair: the budget stretched to three hours for recording and a bit over for mixing, using an 8 track machine, putting six tracks down, largely live. Horace was the soul of diplomacy during the session. Jerry Dammers was... prickly.


Over and above his bands, Horace paints and writes – there are some fascinating blog posts you can follow on his Facebook page. He's always painted. When I visited, he was in the middle of a project. He's not stopping any time soon.

What takes up the most time?


Painting! But The Specials is the band I drop everything for. That pays the mortgage, and makes everything else possible. The Uptown Ska Collective is getting a few high-profile gigs. But the blues band is lovely as well. It's ironic that the Saturday before last I played at the Lollapalooza festival in Santiago, Chile, in front of 45 thousand people. The following Saturday, I was at the Grist Mill on the Sydenham estate, next door to Asda in Leamington Spa, playing blues to fifteen people. And it was just as good.


You're one of those people who never wants to stop playing.


Well, what do I want to retire for? I was a school teacher for ten years. Then I understood why people would want to retire. It was a great job, the second best job I ever had... and it was quite nice when it stopped. But painting pictures and playing music is what I want to do. I had this idea that the day when I die, in the morning, I'll have finished off a picture, and in the evening, I'll do a blues gig. Then, OK, I can go meet whoever it is you go and meet.

Painting is a life-long thread.


It is. I met Gerry Dammers at Art College. I have a degree in Art. Art took a back seat in the late 70s and early 80s. But I always used the tours as reasons to go to the world's greatest art galleries. We're going to Cologne! Great! You guys can go get drunk - I can go to the Ludwig Museum, which has the world's greatest collection of Pop Art, outside of New York. That's why it was great going to Mexico the other week.

Well, reading your blog posts, you describe it as not the most organised of gigs to play at... How does that make you feel? You've been doing this for well over 35 years. Does it ever wear thin?


I was a school teacher for ten years. I always compare stuff to that. It's useful to be able to compare your life outside the music world. In 2008, Lynval (Golding) called me up to talk about reforming the band, and I had a decision to make. Shouting at children... or being a rock star? It took a split second. So I'm always happy to wait while the sound monitors get sorted. 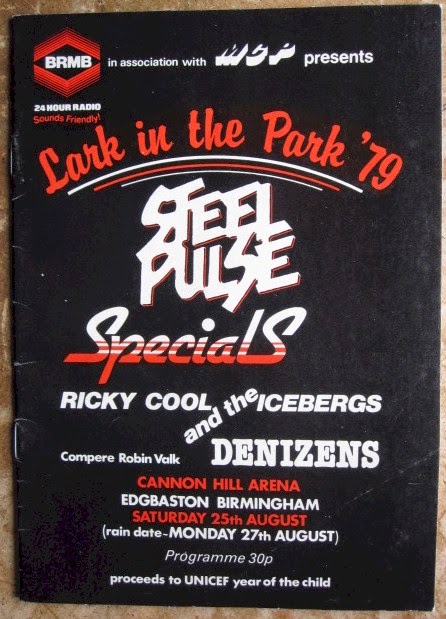 The last time I saw the original Specials line-up was in 1979, at the final Lark In The Park at Cannon Hill in Birmingham. It was a stellar bill. I'd booked Steel Pulse to headline, with the Specials, Ricky Cool and The Icebergs, Au Pairs and Denizens in support. In between the booking and the gig, The Specials' first single, Gangsters, had shot to number one.

Suddenly, that made me the Sorcerer's Apprentice. Hundreds of Coventry Skins turned up for the gig. That didn't sit too well with the Handsworth Dreads, there for Steel Pulse. The venue was overwhelmed as the Skins poured over the walls, and the security boys promptly quit. I doubt Cannon Hill Arena has ever had more people in it. Miraculously, no damage was done, and nobody got hurt. The Specials blazed through their set; I wound up on stage, arms linked with the sound crew, to repel the usual Specials crowd invasion. Then, most of the Skins left, and Steel Pulse delivered a gorgeous chilled set to universal approval.

I went in to work the next day expecting the sack. I'd set up a gig which could have gone seriously wrong. But the press reviews were ecstatic. And as BRMB's management never really bothered with that tedious local band stuff - typical of much local radio, sadly - there was nobody from high up to witness the chaos. A bullet, dodged..


I remember that gig. Pulse were great. We 'd played a gig with them about six months before at the Top Rank. They let us use their equipment, which was very kind of them. It was great to have a really thundering heavy bass sound. But it was a Handsworth Revolution gig, a Steel Pulse audience. We were six guys from Coventry in support – two of whom were black, four of whom... weren't. And we were playing reggae.

They didn't boo; they didn't throw anything at us. They just stood there with their arms crossed. Looked at us. It was dreadful, it was scary. We thought we were quite on the up, full of confidence. Then we came to Birmingham and attempted to play reggae in front of Steel Pulse's crowd... and died. Job learned!

But that goes back to the days of Rock against Racism, where reggae and punk bands shared bills. There was a really strong political thread running though it all. Ghost Town still remains on of my all time favourite songs.


Recorded in Royal Leamington Spa, in a basement. So proud of that.


The band was always volatile, though, with lots of name changes, and people rotating in and out. But the original vision was Gerry's?

But now he's not in the band. Are you in touch now?


Via lawyers, I'm afraid. It's not great. I'd rather have anybody as a friend than an enemy. But we made choices. And that was how it had to be.


What The Specials mean to their audience


Splits, rivalries and rancour... This is not a unique story, especially with bands from that era. But I challenge anyone to name a band that has been in business over the best part of a forty year span without personnel changes. The Specials, since their reformation, are a different entity, trading, as best I can see, on two main assets: the reputation their music has built for them over the decades, and the sheer emotional impact that the band had on a very specific generation.

There are people – maybe they're mid forties or so - to whom you mean the world. When I told a few pals about this interview, some got VERY excited indeed.


I think that has to do with the fact that we only lasted four years. We weren't around to do an embarrassing fourth album, and a Live in America album. There are people who were nine when they bought Ghost Town – they've never seen the band. The first gig of our reunion tour, at Newcastle in 2009, was one of the scariest and one of the most exhilarating moments of my life. Grown men crying. The Specials had an amazing impact, world wide.

So if you are now a global commodity, to put it unsubtly, built by your four blazing years in the 70s and 80s, how much are you conscious of delivering a show... meeting the expectations of your audience?


I like to think that I play with the same intensity that I played with in 1979. It's not 1979, though, and I'm not 25. But an enormous amount of people love these songs. With that in mind I will go out and perform to my utmost. Are you saying am I going through the motions?

No. But some bands definitely are. And some are recording afresh, 35 years on from their youthful days. What about you?


We think about it from time to time. We've done this for six or seven years. Nothing has arrived yet. If it was going to happen, it would have already. I think it would be wrong to force it. Plus... what's the point? Nobody buys recorded music these days.


Ah, but the Specials do! We signed for a very small advance. We recouped – we paid our advance back - very quickly. So we've been making money from our recordings for the past thirty or so years. I don't get a new BMW every year, but a couple of grand every year is very nice after all this time. The Selecter finally recouped about five years ago – they went for a big advance and never got any royalties.

There's another post to come from all this, in the fullness of time, tracing what happened to all the various band members after their original lineup split... it's bewilderingly complicated, involving Fun Boy 3, General Public, Fine Young Cannibals, and a lot more besides. It's a powerful heritage.

Great interview with a big hearted talented Fella,,,The Specials, especially Horace and Gerry were very good to me and the Dexys back in '79 on that first 2Tone tour.Well done Robin.