"Two songs in, someone gave me some money. And I thought - this is alright." 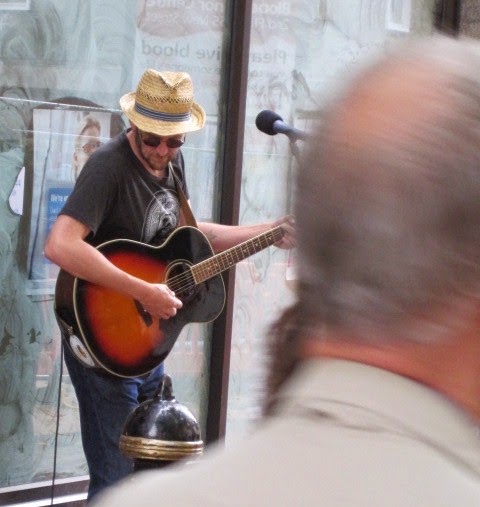 We'd fixed to meet up outside the Old Library, up at the top of the square, in the Friday lunchtime sunshine. No sign, though. Just a rather portly depressed chap parping out one euro folk melody on his trumpet, over and over. He didn't want to really talk; couldn't anyway. OK, he wasn't the guy I wanted.  But, Ping! Here's a text: My man was playing outside Morrisons.

So down the steps, across the square, past the Floozie and the Iron Man, and a bit of audio comes floating up New Street. There he was: Spence Cater, with mic, guitar and amp, and a little bit of cash in his guitar case. I watched for half an hour as he rattled through a range of different songs. And we talked.

Why did you start?


I'm a busking rookie, but I'm not new to music. I'm a songwriter; been in various bands, and it's something I've always fancied doing. I thought I'd try it and see. I'd always let fear get the better of me, always had those 'oh I need a licence', or 'I haven't got the right songs' or 'it's not the right weather'... all those excuses.

Good for you. Me, I'd be terrified.


But it's very liberating. In early March I took my guitar into town to get it fixed. I was chatting... a guy just freed the whole thing up for me. He said you only need two or three songs, really. Because people just walk past. No one really stands round and listens for any longer than a couple of minutes.

You know what? He was right. And the weather was great: one of those freaky days in March when it was like summer. SoI decided to do it.

Two songs? Which ones?


Oh, I can't remember what I played now. I didn't really care - it was just more about doing it. So I put the bag down and I played in Victoria Square. I didn't know then that there are designated areas. I just thought anyone can do it - just put your bag down and have a go. So I did.

Two songs in, someone gave me some money. And I thought - this is alright, it's not scary, no-one is attacking me, I'm actually feeling quite confident. So that was it. I carried on playing, me and my guitar around the city. 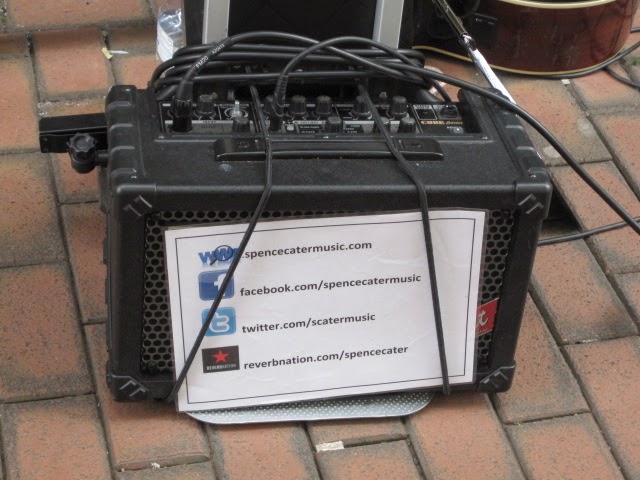 I quickly found all the other buskers had these little street cube amps. It's what you need if you to save your voice and your fingers.

One day, there was a guy from the council, called Mahendra (Chauhan) – he okays all the street events. So he came up...

“Have you got permission to busk here?”

Basically they  auditioned me on the spot. I could carry on playing if they thought I was all right. And they did, and invited me in to have a talk about busking. He was keen to learn what was happening and how we could interact.

So there was a meeting. There's a new law being drafted.

Aha. Not sure if I like he sound of that. What exactly is going to happen?


Don't know. As it stands busking isn't illegal. What  they're trying to do, I suppose, is to control it in a way with statutory fines. They can't fine you now. They can move you on, for obstructing the highway or something like that, but busking is not a crime. So once they've got this new law they can just slap you with a fine, 80 pounds, 100 pounds or whatever. Obviously most people will be put off by that.

It is is fairly organised at the moment: there are designated spots. The idea is that once you've auditioned and been accepted, you ring up each morning, or in advance if you want, to book days in advance. The ideas is that they spread the best spots around accepted buskers. It doesn't really help because everybody wants the best spots, approved or not.

So they would like to control it but it's not quite happening. Tell me about your fellow buskers? Ever pitched up at a favourite spot, when someone who's expecting to play rocks up and you're already there?


I hadn't really experienced anything like that. I don't know. I never got confronted in that way. There is a code, and it actually self-regulates. The unwritten busker's code is if someone's in a spot you don't go there or you set up in a place further down which isn't going to bleed into their sound.

What has busking done for you? Has it changed and developed you? 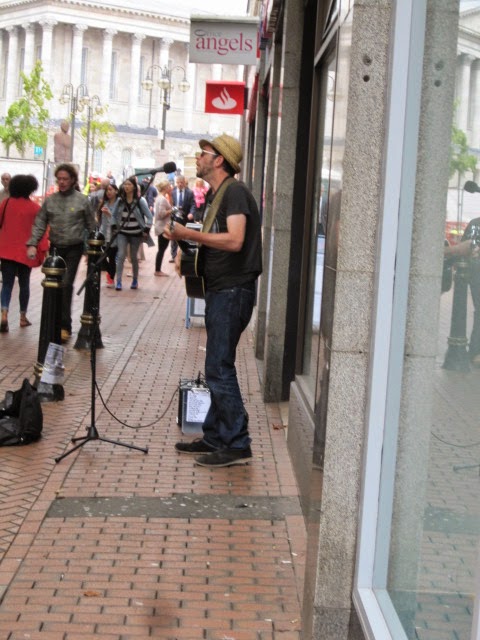 Yes. Completely. As a performer it's given me a lot of confidence. It's OK to make mistakes; you don't have to be perfect. At a gig, people tend to come up and say something, even if it's a platitude. On the street they've got no obligation to say anything, so if they come over and say you know that was really great. So you can start to see what works and what doesn't.

The downside is you're vulnerable. I go to different places at different times, but you're always guaranteed to be a magnet for disturbed people. They come up to you because you're a public figure. There's no boundaries, they come right in your face.

Is a slightly deranged person rotating around you bad for business?


What they want is a reaction, to engage with them. So I pretend it's not happening. I just carry on playing. And it works for me anyway: they walk off.

The last person I talked to about busking before you was Erica Nockalls. Miles Hunt spotted her when she was busking in Stratford; that's how she joined the Wonder Stuff. But it made me think: she's a Birmingham Conservatoire graduate, and technically fabulous. And I was just wondering: are there any Conservatoire kiddies out there doing amazing stuff to eke out their grants?


There's a couple, not so much here. Stratford-Upon-Avon is the place for that. Particularly because in Stratford they really encourage string instruments without vocals. They don't like amplification; they want the violinist and the cellists and the quartets and all that. They don't want people like me who are a bit rough and ready.

I haven't seen any buskers in the arcades in Brum. Shame really, cause they've got great acoustics for that kind of thing. Is that because it's private property?


A lot of the places that might be good busking areas are off limits. Places like Brindley Place, or parts of the market, the Arcadian... places like that. The city is talking about trying to expand that to get people in.

What about your fellow buskers? Have you seen any with particular talent?


Some of the young buskers are really good. There's a guy called David Fisher; he's been doing it a number of years. He must have started when he was 18 or something. He's got an incredible repertoire - about 5 hours - he plays with a proper folk neck brace and belt with harmonicas and all that. There's a girl called Esther Turner who's an amazing vocalist. I'm not going to say what money she makes but she makes a lot. Which is good for her and she's sweet, really nice and she's an incredible vocalist. I think there's a lot of talent out there and I think it's a great way of making money out of music because it's direct.

One of the few ways of making money out of music!

At least it's in your back pocket and you can go home and you're done. Final question: is it worthwhile?


For me it's worthwhile. People make a living out of it; for me it's a part time thing but this summer it could very well be full time and maybe next summer too. It's definitely worth it for me for building confidence and repertoire; people do approach you for different things - can you play this gig, that gig? It's a way of networking; a good way of broadcasting yourself.

Back on the street, Spence was generating a steady stream – nothing fancy, but not a pittance. People gave in very different ways. A very pretty girl stopped and watched for two songs, dropped some coins in the case and applauded before she went off. An ultracool kiddie floated by filming on his iPhone, didn't stop, didn't tip. Unlikely people fished for coins and dropped them in without breaking stride. Spence switched in and out of personal songs, out to Johnny Cash (tip generator) and One Direction (zip). Spence's thanks were smoothly done – on the beat, no interruption to the songs. Most people, of course, ignored him.  But it looked like a reasonable morning's work.

Even if I could play guitar, I still couldn't do it. But I'm going to slow down the next time I see someone playing on the street.

Links
Spence Caters's website. Spence is happy to talk to anyone who is thinking about busking; contact him through his site.
Birmingham City Council's Info page for Street Entertainment.
See also the Buskers Unregulated Facebook page.

Interesting post Robin, busking is an all important part of a musician's learning curve for certain.