So where are we? A conversation with Jazz enablers and new generation players.

OK, go ahead - you define Jazz for me, because I don't know where to begin. 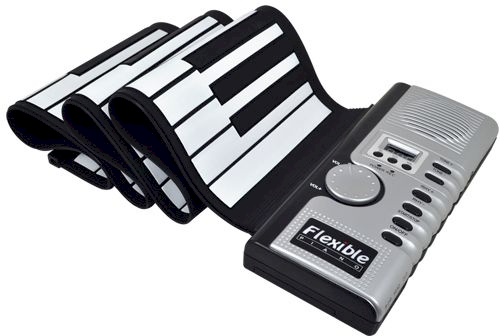 Defined or not, it’s one of those areas marked by love for musicianship, experimentation, willfulness, and avoidance of genre definition. Fashionable? Hell, no, but that’s never a bad thing. And, from it, a steady flow of new genres seems to emerge – also never a bad thing.

It's not surprising that 50s Jazz was so tightly bound up with 50s existentialism: both are centred on the individual and the moment. And like too many other music areas, Jazz is a place where pigeonholing, snobbery and tribalism can seriously taint the music-making process.

And it seems to be heavily freighted with assumptions and contradictions. At one end of the spectrum, it's seen as safe, just arty and just nicely experimental enough for countless cosy festivals each year. It's also a cute label for record companies to bolt on to their offerings to give them more credibility.. At the other end, it's full of explosive, passionate and uncompromising music that simply isn't going to wait for you to catch up.

Talking with Sam Slater, Tony Dudley Evans, Mike Fletcher and Chris Mapp, some interesting perspectives emerged. Fletcher runs nights at The Spotted Dog; he and Mapp are members of Blam! a collective of new young Jazz musicians. Dudley-Evans is a veteran promoter, running JazzLines along with Mary Wakelam-Sloan at Town Hall and Symphony Hall (and elsewhere across the city), and Slater runs Mubu Music and Stoney Lane Music when he's not playing with TG Collective.

Back in the day, it was upstairs rooms in pubs, full of Miles Davis fanatics aggressively asserting their devotion over bottles of Newcastle Brown. Obviously things have changed. But who is listening to what, and where?

Tony Dudley-Evans: It depends where you do it. Audiences on Fridays at Symphony Hall are older. But what Mike Fletcher does at the Spotted Dog pulls in a much younger audience. When we do things at the Hare and Hounds, we get a wider range. It is all a bit broader these days.

Sam Slater: Of course it depends on your definition of jazz and what bands/artists fit in to that, which is a very long chat that is never resolved.  A generic 'jazz' label can mean almost anything musically depending on who is trying to sell what!  A lot of people will recognise and listen to a TV face like Jools Holland or Jamie Cullum, or a new face like Laura Mvula who is playing a few jazz festivals as well as in the mainstream.  But other than that small popular edge, the music is still as varied, expansive and encompassing as ever, if not more so, but you do often actively need to go and find it out.

There's also a slow movement towards risking a few more outdoor festivals, such as Mostly Jazz, Funk and Soul in Birmingham, and the new JazzFM/Serious festival 'Love Supreme', which are both trying to appeal to a younger festival-going crowd.  The audience TG Collective had at Manchester Jazz Festival last year was quite diverse in ages - it was free, right in the middle of the main square, at a good time, and well advertised!  And as a result, one of the best crowds we've had recently.

I see Jazz as experimental, pushing boundaries – always has been. But has it become qualified beyond definition, as genre after genre has spun out from it?

Mike Fletcher: If you imagine it as being a tree – so from the roots to the top of the trunk there was this one lineage. And now everything’s branching out to the point where you can take the music that we do - us guys, we all play completely differently, we all have different ideas... but they all relate back to what we all see as being Jazz.

And has the web changed things, bringing you new sources and ideas?

Mike: Yes. You can’t tie everything together now. Everything is so diverse. There’s a certain amount of pressure to be forward thinking and experimental. And the more people do that, the more you’re going to wind up with different things.

Tell me how the Spotted Dog is doing these days? For a while the place seemed to be under a lot of pressure from local residents complaining about noise…

Mike: It’s doing OK. Last night we had a new band called Noise Union, which is a half , half big band. The place was rammed. So the newkie brown guys and the younger audience all got something.

Tony. We had this young singer, Josie James, who has been championed by Gilles Peterson, in the main room at the Hare and Hounds, a JazzLines gig, and that was rammed too. A younger audience there.

Almost all the bands I’ve been talking to for the blog, no matter their area of music, tell me that they are barely breaking even at best. I’m assuming that applies to you as well….?

Chris Mapp: I don’t think you can make money being an artist making original music. Or – it’s very difficult, and only a few people can do it. You have to have a mixture of different things that you do.

I suggested, to general rueful agreement, that funding for music projects, from the Arts Council and elsewhere , was becoming harder and harder to get. Several people in the group had just had funding applications rejected. Tony Dudley-Evans seemed to be the only exception to this rule, with an impressive record of sustained funding

Tony, how do you account for that? Is it your track record?

Tony. I think because we’ve been trying to do creative things rather than being a receiving organisation. I don’t want to make a big point about that. What worries me now are the two most recent applications that have been rejected – it’s extremely competitive. And not enough Jazz applications go in, probably because we all suspect that we’ll be turned down.

Sam Slater: The application that I put in was for international touring. They wrote me a letter back saying that it was a really good application, ticked all the boxes… great, well done. And, sorry, we can’t fund you, as we've only got money to fund about 10% of 250 applications.  But equally, although it's great if you are successful, and often an enormous help on many levels, from travel to rehearsal time, no-one owes us a living, or money for adverts, or funding for touring.  Often you just have to get off your backside and work and persist at things, and not be deterred from it if you've got confidence in your music and future, and hopefully work with like-minded people.

This led the conversation on to the extremely tricky area of what merits funding support, who decides, and how qualified anyone is to make a judgement of the merits or otherwise of a funding decision… that awkward interface of judging the public good and weighing it up in a sea of intangibles and personal opinions. Given that everyone on the room had submitted applications for work that they passionately believed in, for their own individual areas of concern, it’s not surprising that opinions on this were guarded.


Mike: It’s really hard to quantify artistic integrity. There are a lot of very committed rock bands, or bands who work in popular music areas, who have got as much integrity as jazz musicians. I suppose the temptation as a jazz musician is to work out a way of ticking the boxes where the funding is going. Can we shoehorn what we do into this brief, to fit this particular funding requirement?

That doesn’t sound at all comfortable….

Mike: It depends on your criteria.

Chris Mapp: The important thing for me is to make music that I’m happy with. Making money out of it is a luxury.

What about the relationship between performer and audience? I’ve always assumed performers want and need some of validation, some approbation from the audience about what they are doing… Mike, you were talking about a sold out gig at the Spotted Dog…

Mike: One of the great things about the Spotted Dog… there’s several overlapping groups of people who go there. There’s a graffiti artist I spoke to who just happened by on a Tuesday night quite shortly after we started. He’d never heard any Jazz before, and he was completely taken with what he heard. He’s been there more Tuesdays than not since then.

Mike: I never intended for that to happen. I wanted a nice place to perform. When we first started out it wasn’t an evangelical campaign. It was about us playing music.

Mike: There’s a certain cachet that Jazz has, though. People like Gilles Peterson, they want to have the tag of Jazz, because it appeals, it’s a bit more edgy, it’s not pop music, it’s got more to it than that. And I think it cuts both ways. We’re thinking, as Jazz Musicians ‘How can we get to this mainstream funding?’

Chris: But we really shouldn’t be talking so much about funding…, because we don’t get it! So it doesn’t really matter. Doing it is what’s important.

Mike: And it’s not sustainable, however many times you send in an application, it’s this whole 'teaching man to fish' scenario. I think we’d all agree, like Sam said, that if we were forced to create something relatively sustainable out of nothing, it’s going to have a lot more longevity than if you have to go cap in hand every year to the funding sources.

Tony: I would say the scene is healthy. It’s difficult for individual musicians, yes. But there is a lot happening in .

Better now than ten years ago?

Chris: Getting people to gigs. Getting them to realise that they would actually like the music.

Mike: Getting musicians to take themselves seriously. There’s a definite feeling here that we are secondary compared to London, When I’m putting gigs on at the Spotted dog, I want a certain level of preparedness, to demonstrate how good things are here, that we’re equals with guys who come up from London

Of course you’re equal... Do you honestly think that there is a sense of inferiority?

Sam: I think a lot of that is down to the Jazz press being London-centric, possibly spending less time out in the regions, and not having dedicated writers or researchers based in an area (not just Brum) that really know what's going on there, as opposed to reading a press release or responding to a PR campaign. It's a lot harder to get reviewed live outside of London or major festivals. It's where most journalists are based, working on London-based publications, in the capital city, so it's no surprise.  But I do hate the idea that you have to move to London to make it, whatever that means.

Tony: And then they think that when they go to write about somewhere else, they never think think – or .

Sam:  London's where most journalists are based, working on London-based publications, in the capital city, so it's no surprise.  But I do hate the idea that you have to move to London to make it, whatever that means.

Mike: If does get mentioned, it’s always in terms of this is what’s going on elsewhere, it’s never ‘shit, you should come here, it’s amazing’. If somebody writes an article about Soweto Kinch – still – it’s ‘Oh, and he’s still living in !’ Despite the fact that he’s successful.

Mike: And that’s what we as musicians are fighting to shake off.